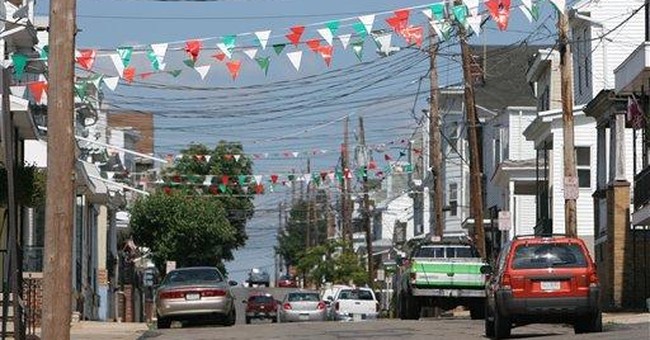 As they wait for their official coronations by their respective parties, John McCain and Barack Obama have been filling the time by making speeches to the annual summer conventions of various interest groups. Over the past few weeks, the prospective nominees have spoken before several Hispanic leadership organizations and reignited the debate about granting amnesty to millions of illegal aliens that the American public thought had been put to rest last summer.

Addressing these Hispanic advocacy groups, both McCain and Obama promised to make “comprehensive immigration reform” a legislative priority for their new administrations. As attractive as anything labeled comprehensive might be, the plans both men are touting amount to iron clad guarantees that millions of illegal aliens will be allowed to remain in the U.S., still higher levels of legal immigration, and more foreign guest workers for business interests. Balancing out the comprehensive label are promises of better enforcement of our immigration laws in the future that, based on history, will never be fulfilled.

Immigration reform is a high priority for American voters, but amnesty, more foreign labor, and massive government mandated population growth is not the reform they have in mind. Secure borders, vigorous and consistent enforcement against employers who undermine American workers by hiring illegal aliens, elimination of nonessential entitlements to illegal aliens, and curtailment of endless extended family chain migration is more along the lines of what the public is demanding. This is not idle speculation. The McCain/Obama version of comprehensive immigration reform was proposed and soundly rejected by the American public in 2007.

Given the enormity of the agenda that will be facing the man who takes the oath of office next January, the last thing the new president will want to do is engage the country in another protracted debate about whether we should reward illegal aliens and the business interests who profit from low-wage foreign labor. The next administration will be faced with many cold hard realities in what promises to be both figuratively and literally a cold hard winter.

The new president (and the new Congress) will have to address a sputtering economy, a widening credit crisis and possibly failing financial institutions, a precipitous decline in home and stock portfolio values, and soaring energy costs that could well force millions of Americans to choose between keeping their families warm or keeping them fed. If that’s not enough to keep the new commander-in-chief occupied, there’s the war in Iraq, an increasingly bellicose (and possibly nuclear armed) Iran, and mountains of foreign debt that also need to be attended to.

Leading off a new administration with another attempt to pass a version of immigration reform that the public has repeatedly rejected, while other critical domestic and foreign policy issues are left languishing will not bode well for either man. Given the enormity of the economic and foreign policy challenges facing the new president, and the painful choices that will have to be made, he will require the good will of the American people – and lots of it. Political capital, as his predecessor can attest, can be easily squandered, especially when it is spent on legislation designed to pander to special interests.

Not only would the sort of amnesty and increased guest worker programs the presidential candidates are proposing be politically unpopular; they would cripple the next administration’s ability to tackle other serious domestic and foreign policy issues. Implementing the sort of plan that McCain and Obama are proposing would require massive new federal bureaucracies and billions of dollars the federal government doesn’t have. It would impose incalculable social burdens, as government at all levels would be forced to absorb tens of millions of mostly poor immigrants in the coming years.

In addressing immigration policy, President McCain or President Obama would be wise to begin where political consensus exists: enforcing existing laws and scaling back endless and pointless family chain migration. The American people are not expecting miracles or instant solutions to our failed immigration policies. They are expecting straight talk and honest government that restores hope that their interests are put first, not last.

Unfortunately, on the issue of immigration, what they’ve heard from both candidates is simply more of the same.