We Cannot Always Prevent Tragedies From Happening, But We Can Think Before We Act

Danny Toma
|
Posted: Sep 10, 2018 12:01 AM
Share   Tweet
The opinions expressed by columnists are their own and do not necessarily represent the views of Townhall.com. 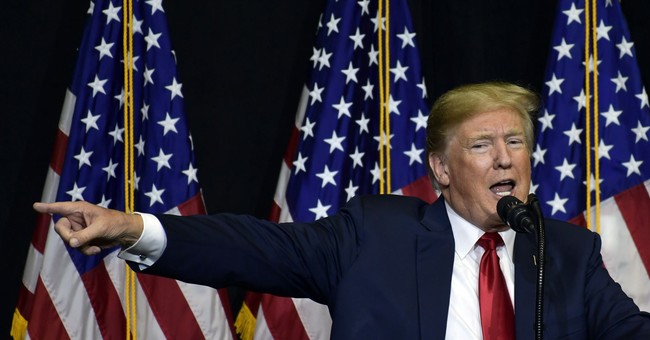 It was just one more day on the calendar, a day that dawned like countless others before it and would likely be forgotten by most people, just as the days that preceded it had been and those that followed it would be. There was nothing remarkable about this day until a massive explosion, and then, nothing would be the same – not only for those who perished in the blast and for their families who would forever bear the pain of loss, but for the nation as a whole as we all sought to make sense of it and see that justice was done.

The day to which I refer is February 15, 1898.  The USS Maine was anchored in a sleepy Havana Harbor when a sudden blast twisted the ship into bits of scrap metal and sent to an early grave over two hundred American sailors.  Goaded on by the “yellow press” (the Fake News of the day), many Americans immediately assigned blame to the government of Spain, and the United States was soon at war, despite strong evidence that the Spanish were the least likely party to have caused the sinking, which was probably the result of a boiler explosion.

Nonetheless, as far as wars go, it was hugely successful – a “splendid little war,” according to then-Secretary of State John Hay.  The United States inflicted a devastating defeat on Spain in a few months’ time, and, in doing so, wrested Cuba, the Philippines, Puerto Rico, and Guam from the Spanish Empire.  It was our original “cakewalk.”

But like later cakewalks, it would have ramifications that influenced our foreign policy and the safety of our people for years to come, because we were not satisfied with our victory, but sought to use it to become a “great nation” that would bring enlightenment to the benighted masses far beyond our shores – whether they liked it or not.  Because of this, not only did we face insurgencies in the Philippines for several years after 1898 – with more American casualties that in the Spanish-American War itself - we began to take a more activist role in Latin America, especially during the later Wilson administration, creating a bitter legacy that persists in some quarters to this day.

One hundred three years later, another explosion took place, caused by a commercial airliner that was deliberately rammed into the side of the World Trade Center in New York, and another one followed it in due course.  Unlike the Maine, this was no accident, and the parties responsible were soon clear.  We rightly responded by invading Afghanistan to root out the evil Al-Qaeda network and its Taliban protectors, and we were remarkably successful at first.  Once again, however, we got distracted from our original purpose, this time spreading the war to a neighboring country, Iraq, which had nothing to do with the 9/11 attacks.  Sure, it had an odious leader who was a thug and no friend of ours, but our diversion into Iraq probably guaranteed another decade of life for the mastermind of ruthless and unjustifiable attacks on American citizens on American soil.  Not only that, but it meant that our troops would be drawn into a fight with no clear end game.

All of this would be academic – a litany of the folly our leadership, over and over again, were it not for the election of 2016.  America, for the first time in generations, elected a president in Donald Trump who believed in an “America First” foreign policy – a policy that would be developed in terms of how well it served the interests of Americans at home and abroad, with measurable standards for success or failure.  This means we reserve the right to use force when our people are threatened, but we don’t go to war simply because we can, with no clearly thought-out plan as to when we declare victory and go home.

Despite what the media would have us believe, this policy, based on defending our national interests, has not only been remarkably successful over the course of our history, but it is remarkably successful today under President Trump’s leadership.  In the last two years, to cite just a few examples, significant progress toward lasting peace has been made on the Korean peninsula, and the state of war that has existed between North and South Korea since 1950 has come to an end.  In Syria, President Trump has signaled to the Assad government his disapproval of the use of chemical weapons and effectively ended their use there – at least for the time being – without being drawn into yet another Middle East war that would serve no one’s interest, not the least of the people of the region.  He has re-examined our international alliances, and, in doing so, pushed our allies to begin to pay their fair share.  He has thus far resisted the unholy alliance of latter-day Cold Warriors and liberal activists to isolate and demonize Russia over policies that do not impact a single American anywhere.  And all the while, our economy has been booming, unemployment is at record lows, not only across the board, but also for Hispanics and African-Americans as well.

We cannot always prevent tragedies from happening, and we cannot always avoid attacks by those who wish evil upon us.  But we can think before we act. We must never again go to war based on the emotions of the moment, and we must never again put our people in harm’s way without a clear path to a victory that would make Americans safer and more secure.  By putting America First, our president is doing nothing less than carrying out his constitutional mandate as chief executive of the United States of America.  What’s more, he is falling back on the wisdom of the Founding Fathers, whose views not only on constitutional government, but also on an America First foreign policy, created in just over a century, one of the most successful republics the world has ever seen – one that, so long as we sought only to vindicate our own rights, was admired by people across the globe.

Danny Toma served for more than twenty-two years as a Foreign Service Officer with the U.S. Department of State.  His book, America First: Understanding the Trump Doctrine releases on September 11th.