Daniel Savickas
|
Posted: Jun 25, 2021 12:01 AM
Share   Tweet
The opinions expressed by columnists are their own and do not necessarily represent the views of Townhall.com. 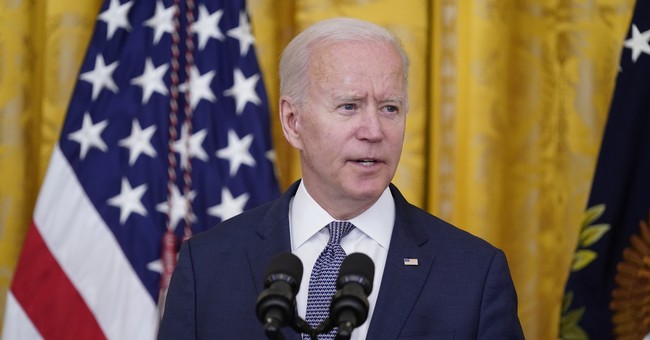 Since the beginning of the new administration, President Biden has not missed an opportunity to tell global leaders that “America is back” on the world stage. This trend was amplified at the most recent G-7 summit. However, despite repeated assertions to the contrary, the agenda Biden pursued at this summit has great potential to harm the global economy and alienate the United States from its allies. This is most particularly true when it comes to the administration’s plans for a global corporate minimum tax (GCMT).

The proposal from the administration seeks to get as many countries as possible to agree to make their corporate tax rates no less than 15 percent. The goal is to prevent companies from avoiding U.S. taxes by moving parts of their operations to nations with lower tax rates. Biden also wants to mitigate the harm done to U.S. global competitiveness if he were to get his planned corporate tax hikes passed.

Aside from ignoring the very simple solution of keeping businesses in the U.S. by lowering our own corporate tax rates, this proposal tries to dissuade other nations from doing just that. While this might be sustainable for large economies like those nations in the G-7, it would take away the economic competitiveness and key avenues of economic growth for small and medium-sized economies across the globe. In order to continue to pursue those goals, the smaller economies would have to actively eschew the pact the Biden administration is trying to form.

One such nation – Ireland – is already raising concerns about the proposal. Ireland is where companies like Apple and Google maintain their European headquarters. There is good reason for this. At 12.5 percent Ireland has one of the 20 lowest corporate tax rates in the world. This allows Ireland to punch above its weight in international competition for business. Irish Finance Minister Paschal Donohoe said he hopes the deal will be modified to allow for greater flexibility for economies like Ireland.

Ireland’s plight reveals the sad truth about the GCMT. Countries across the world are better off staying away from it. For many of America’s allies that are not massive economic powers, America “being back” on the global scene means being pressured into harming its own economy and business community at the risk of being ostracized by the world’s superpowers. It is likely in the coming weeks more nations will feel the squeeze of this proposal.

The GCMT deal would further undermine America’s standing abroad due to the highly uncertain nature of the proposal. If the deal were to be implemented as a binding treaty, it is highly unlikely to be able to pass the U.S. Senate in its current form. On the other hand, if it were implemented as a handshake agreement, the deal should be considered dead on arrival as soon as a Republican administration enters the White House. World leaders will have taken on the consequences that come with this tax for a deal that is temporary at best.

The U.S. – of all nations – should understand why this proposal would be unworkable for broad swaths of the developed world. The U.S. prides itself in its federalist political system, which grants degrees of autonomy to each of the 50 states to dictate policy within its borders. This is enshrined in the Tenth Amendment to our Constitution. Many other nations have variants of this system. In a number of them, corporate tax rates are determined at the state, regional, or provincial level. Having a minimum tax rate dictated by a foreign government will severely interfere in the separation of powers domestically. In essence, this is the U.S. imposing taxation without representation.

For all these reasons, it is altogether likely that many nations will deem it in their best interests to stay away from this pact. In fact, it becomes more beneficial to do so as more nations sign on. This deal works against itself. It implements a surefire way for countries to directly compete against the adherents by lowering their corporate tax rates below the GCMT. Adherents to the deal will either have to watch painfully as businesses leave for greener pastures or admit the deal was a failure and disband. Neither paints a rosy picture for the future.

Instead of trying to ensure that as many nations as possible try to hurt their business communities equally, nations should be trying to create the best environment possible to attract businesses. The GCMT would do the exact opposite. While many world leaders may cheer the supposed “return of America,” the reality will have harsh consequences for their economies if they follow the footsteps of the U.S. If the U.S. really wants to be a reliable ally, we won’t force them to make that choice.