Let Refugees Remain in Their Own Culture Zones 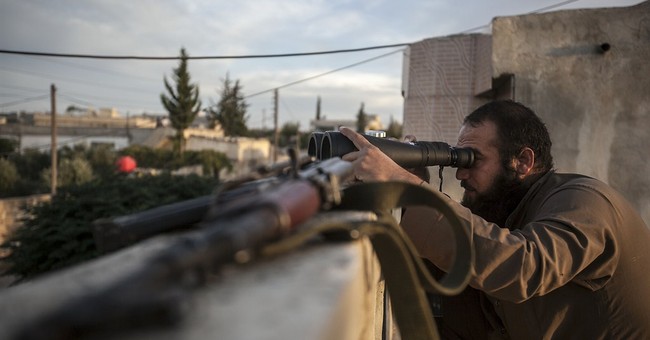 The lull in the chemical weapon crisis offers a chance to divert attention to the huge flow of refugees leaving Syria and rethink some misguided assumptions about their future.

About one-tenth of Syria's 22 million residents have fled across an international border, mostly to neighboring Lebanon, Jordan, and Turkey. Unable to cope, their governments are restricting entry, prompting international concern about the Syrians' plight. The United Nations High Commissioner for Refugees, António Guterres, suggests that his agency (as the Guardian paraphrases him) "look to resettle tens of thousands of Syrian refugees in countries better able to afford to host them," recalling the post-2003 Iraqi resettlement program, when 100,000 Iraqis resettled in the West. Others also look instinctively to the West for a solution; the U.S. Conference of Catholic Bishops, for example, has called on Western states "to do more" for Syrian refugees.

But these numbers pale beside a population numbering in the millions, meaning that the West alone cannot solve the Syrian refugee problem. Further, many in Western countries (especially European ones such as the Netherlands and Switzerland) have wearied of taking in Muslim peoples who do not assimilate but instead seek to replace Western mores with the Islamic law code, the Shari'a. Both German chancellor Angela Merkel and British prime minister David Cameron have deemed multiculturalism, with its insistence on the equal value of all civilizations, a failure. Worse, fascist movements such as the Golden Dawn in Greece are growing.

And many more Muslim refugees are likely on their way. In addition to Syrians, these include Bangladeshis, Pakistanis, Afghans, Iranians, Iraqis, Lebanese, Palestinians, Egyptians, Somalis, and Algerians. Other nationals (e.g., Yemenis and Tunisians) might soon join their ranks.

Happily, a solution lies at hand.

To place Syrians in "countries better able to afford to host them," as Guterres delicately puts it, one need simply divert attention from the Christian-majority West toward the vast, empty expanses of the fabulously wealthy Kingdom of Saudi Arabia, as well as the smaller but in some cases even richer states of Kuwait, Bahrain, Qatar, and the United Arab Emirates. For starters, these countries (which I will call Arabia) are much more convenient to repatriate to Syria from than, say, New Zealand. Living there also means not enduring frozen climes (as in Sweden) or learning difficult languages spoken by few (such as Danish).

More importantly, Muslims of Arabia share deep religious ties with their Syrian brothers and sisters, so settling there avoids the strains of life in the West. Consider some of the haram (forbidden) elements that Muslim refugees avoid by living in Arabia:

• Pet dogs (61 million of them alone in the United States).

• A pork-infused cuisine and an alcohol-soaked social life.

• A lax attitude toward hallucinogens, with some drugs legal in certain jurisdictions.

Instead, Muslims living in Arabia can rejoice in a law code that (unlike Ireland) permits polygamy and (unlike Britain) allows child marriages. Unlike France, Arabia allows the advocacy of wife-beating and goes easy on female genital mutilation. Unlike the United States, slaveholding does not entail imprisonment and male relatives can honor kill their women-folk without fear of the death penalty.

The example of Syrians and Arabia suggests a far broader point: regardless of affluence, refugees should be allowed and encouraged to remain within their own cultural zone, where they most readily fit in, can best stay true to their traditions, least disrupt the host society, and from whence they might most easily return home. Thus, East Asians should generally resettle in East Asia, Middle Easterners in the Middle East, Africans in Africa, and Westerners in the West.

UN take note: Focus less on the West, more on the rest.