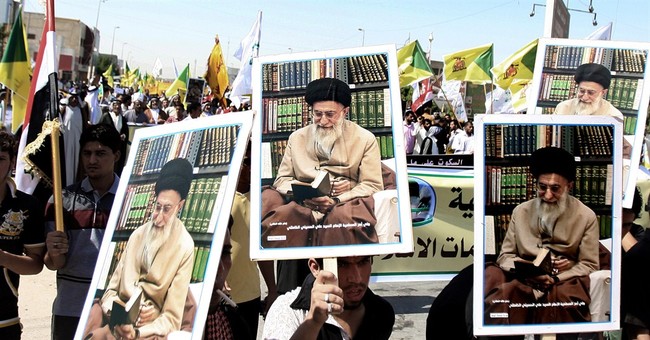 Here's advice to the members of the United States Congress as they are asked to endorse an American-led attack on the government of Syria:

Start your consideration by establishing priorities, clarifying what matters most to the country. The Obama administration rightly points to two urgent matters: stopping the Iranian nuclear buildup and maintaining the security of Israel. To these, I add a third: reestablishing the U.S. deterrent credibility laid low by Barack Obama himself.

Note that this list conspicuously does not mention the Syrian regime's chemical arsenal (the largest in the world) or its recent use. That's because those pale in horror and in danger by comparison with the nuclear weapons now under construction in Iran. Also, the attack in Ghouta, Syria, on Aug. 21 was appalling, but not worse than killing a hundred times more civilians through other means, including torture. Further, that attack breached multiple international conventions, but surely no one expects "limited strikes" to restrain desperate dictators.

How best, then, to achieve the real priorities concerning Iran, Israel, and U.S. deterrence? Several options exist. Going from most violent to least, they include:

1. Knock off the Assad regime. Attractive in itself, especially because it takes out Tehran's No. 1 ally and disrupts supply lines to Hezbollah, this scenario opens a can of worms: anarchy in Syria, foreign intervention by neighbors, the prospect of Al-Qaeda-connected Islamists taking over in Damascus, hostilities against Israel on the hitherto-quiet Golan Heights, and the dispersal of the regime's chemical weapons to terrorist organizations. Overthrowing Bashar al-Assad threatens to recapitulate the elimination of long-standing dictators of Iraq and Libya in 2003 and 2011, leading to years, or even decades, of instability and violence. Worse yet, this outcome could rejuvenate the otherwise dying career of Recep Tayyip Erdogan, the bully of Turkey, currently nearly overwhelmed by his missteps.

2. Bust the regime's chops without overthrowing it – the Obama administration proposed approach. This scenario takes us no less into the unknown: evidence exists that the Assad regime does not worry about the U.S.-led "punishment" but already plans to use deploy chemicals again, perhaps against civilians, as does Tehran against American targets. Further, as I have pointed out, a limited strike can lead to "violence against Israel, an activation of sleeper cells in Western countries, or heightened dependence on Tehran. Surviving the strikes also permits Assad to boast that he defeated the United States." This step risks almost as much as overthrowing Assad without the benefit of getting rid of him, making it the worst of these three options.

3. Do nothing. This scenario has several disadvantages: letting Bashar al-Assad get away with his chemical attack; eroding Obama's credibility after his declaring the use of chemicals a "red line"; and strengthening the hardliners in Iran. But it has the even greater advantages of not further inflaming an already combustible war theater, maintaining the strategically beneficial stand-off between regime and rebels, and, most importantly, not distracting Washington from the really important country – Iran.

By all accounts, the mullahs in Tehran are getting ever closer to the point where they at will can order nuclear bombs to be made and readied for use. Unlike the use of chemical weapons against Syrian civilians, this prospect is a matter of the most direct and vital personal concern to Americans, for it could lead to an electromagnetic pulse attack on their electrical grid, suddenly returning them to a nineteenth-century economy and possibly a couple of hundred million fatalities.

Such prospects make the methods by which Syrians kill each other a decidedly less vital matter for Congress than Iranian plans to bring the United States to its knees. In this light, note that Barack Obama has followed his fellow Democrat Bill Clinton in a readiness to use force where American interests precisely are not vitally involved – Somalia, Bosnia, Kosovo, Haiti, Libya, and now Syria. Need one really argue that American troops be deployed only to protect their own country?

While the Saudi foreign minister and the Arab League haughtily demand that "the international community" do its duty and stop the bloodshed in Syria, this American suggests that Sunni Muslims who wish to protect their kin in Syria do so with their own plentiful petrodollars and large armies.

In this light, I recommend that Congress reject the sideshow proffered by the administration and instead pass a resolution endorsing and encouraging force against the Iranian nuclear infrastructure.