After 17 Years of Futility in Afghanistan, It’s Time to End the War

Daniel L. Davis
|
Posted: Oct 06, 2018 12:01 AM
Share   Tweet
The opinions expressed by columnists are their own and do not necessarily represent the views of Townhall.com. 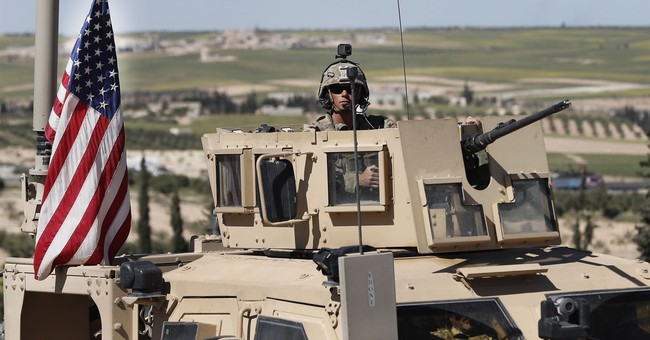 Seventeen years after the start of the war in Afghanistan, it is well past time to re-evaluate our strategic and military interests in the region. The evidence that our war in Afghanistan is failing and cannot be won is dramatic and overwhelming.  After serving two tours in Afghanistan, I can confidently state that on this, the 17th anniversary, it is time terminate the war on the best terms available. Anything less will deepen our loss and further weaken our national security.

Everything that has transpired since my last combat tour ended in October 2011 has served to strongly reinforce my assessment.

Two examples of missions I conducted in Afghanistan, spaced six years apart, were typical of thousands of other combat actions executed by other troops over the decades, that when examined together, provide clear evidence of why continuing the status quo cannot produce victory for the U.S.

I was first deployed to Afghanistan in 2005-2006.  At that time, the insurgency was little more than a strategic nuisance.  Shortly before the end of my deployment, I went on a mission to dedicate a new police recruiting facility in the northern city of Mazer-i Sharif.  The security situation was so passive at the time that I was able to travel in an un-armored truck, without body armor, carrying only a pistol.

After the ceremony, the security environment was so passive and the sensitivity of U.S. combat forces among the population was so benign that we were invited into the famous Blue Mosque by the imam.  However when I returned five years later for my second combat deployment at the height of Obama’s second surge, such a visit would have been unthinkable.

In my second deployment, I could not venture out the gate of my Bagram headquarters unless I was wearing 80 pounds of combat gear—including body armor and a Kevlar helmet, armed with an M4 carbine and a 9mm pistol.  Five years, new strategies, and an increase of 80,000 U.S. troops had not moved us closer to success, and in fact saw the security situation deteriorate markedly.

On one particular occasion in 2011, I joined a U.S. infantry unit in a foot patrol through a village near the border of Uzbekistan. Part of our route took us through a local bazaar in which both sides of the street were lined with small open-air shops. I was positioned at the mid-point of the approximately 30-man patrol.

As we neared the end of the business district, I turned to watch the remainder of the U.S. infantrymen making their way forward. I noticed a group of several Afghan men on the left side of the street having a conversation. They were not paying any mind to the U.S. infantrymen in full battle gear—bulletproof vest, helmet, and carrying an M4 carbine at the ready.

Our patrol took approximately five minutes to walk from one end of the bazaar to the other.  Such tactical missions in that neighborhood took place once every month or two, I was told.  So far as I am aware, no patrols ever diverted from that street and never ventured into any of the alley ways or adjacent neighborhoods.

Meaning, despite the fact there was a heavily armed U.S. base within visual range of the village, our presence there was little more than an episodic inconvenience to their daily lives. Because we didn’t speak the language, they could literally be actively plotting to attack us and we would never have known.

Our presence there has never “prevented” Afghanistan from being used by terrorists for any purpose. Thus, keeping troops there does not keep our homeland safer. Instead, it merely cements the perpetual bleed of treasure and troops and guarantees the war will never end.

As a business leader, President Trump is well acquainted with recognizing a losing venture.  Since at least 2009, U.S. troops in Afghanistan have been at a stalemate, yet no leader has had the wisdom or courage to call for a withdraw. The best way Trump could protect American interests and preserve our military strength is to sensibly end the war and redeploy our troops.

We will continue to defend our homeland and citizens from terrorist attacks from wherever they originate around the world—whether Afghanistan, ungoverned territories in Pakistan, Africa, or anywhere else—with robust intelligence, surveillance, and global reconnaissance assets in close coordination between CIA, FBI, and local law enforcement. Perpetuating the permanent failure of 17 years of troops on the ground in Afghanistan, however, must come to an end.

Daniel L. Davis is a Senior Fellow for Defense Priorities and a former Lt. Col. in the U.S. Army who retired in 2015 after 21 years, including four combat deployments. Follow him @DanielLDavis1.