Daniel Kim
|
Posted: Feb 20, 2021 12:01 AM
Share   Tweet
The opinions expressed by columnists are their own and do not necessarily represent the views of Townhall.com. 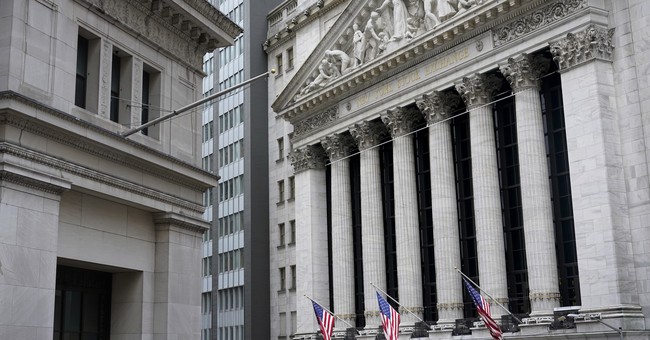 The wolves of Wall Street have evolved and now some reside on Main Street. GameStop's market rally saw wide price swings in the stock with some brokerage services prohibiting investors' ability to purchase shares. Democrats have called for more regulations from the Securities and Exchange Commission. But Main Street does not need more prohibitive regulation, and the SEC should continue to reduce barriers to affordable financial advice.

Videogame retailer GameStop saw its share price surge, fueled by social media conversations on Reddit, Twitter, and retail investor inflows. In January, shares rose from under $20 at the start of the year to a peak of $483, before subsequently collapsing over the following week. Other heavily shorted stocks such as AMC Theatres, BlackBerry, and Nokia suffered a similar rollercoaster fate.

Highly successful long/short hedge funds, such as Melvin Capital, were almost wiped out of funds from being on the wrong side of the surge. The retail demand caused the Depository Trust & Clearing Corporation to demand higher collateral requirements from FinTech brokerage firms. These popular online brokerages like Robinhood and WeBull restricted trading on stocks like GameStop as a means of negotiating down their collateral requirement, which angered many users and drew the attention of Washington.

Sen. Elizabeth Warren (D-Mass.) issued a statement condemning “casino-like” speculation and sent a letter to the SEC demanding they “do their job” and “work quickly to issue rules." Treasury Secretary Janet Yellen met with leaders of the SEC, Federal Reserve, and Commodity Futures Trading Commission to discuss the market volatility and the actions taken by brokerage firms. The Justice Department served subpoenas to financial technology brokerages, including Robinhood, for trading data. And the House Financial Services Committee will host a full committee hearing regarding short selling, retail investors, and social media’s influence on the markets this week.

Lost amongst the political shaming of brokerages are encouraging signs of retail investor’s participation and enthusiasm in the market. Since the pandemic forced millions of Americans into a stay-at-home environment, retail trading and investing volumes increased by 30% in 2020 and broke more records this January. A 2020 Gallup Poll reported that 55% of Americans were invested in the stock market. And a CNBC poll showed that only 1% of Americans use a financial advisor.

The GameStop enthusiasm coupled with a new industry standard of zero-commission fee trading represents an opportunity for Americans to reengage in the market and participate in the creation of long-term wealth and financial growth.

Previous attempts by Democrats to police the market have been a solution in search of a problem. President Obama’s Department of Labor Fiduciary Rule would have made it inordinately expensive for retail investors to access affordable financial advice and restrict investor choice. Thankfully the Fiduciary Rule was struck down by the United States Fifth Circuit and the SEC under the leadership of Jay Clayton stepped in to write Regulation Best Interest, which promotes investor choice, enhanced broker-dealer's standards, increasing transparency and due diligence to protect retail investors.

However, President Biden’s nominee for SEC Chairmanship, Gary Gensler, has previously advocated for stricter fiduciary regulations at the state level that will blunt retail investors' access to affordable financial advice and limiting the opportunity for investors to work with independent financial advisors and broker-dealers.

There is more excitement surrounding Main Street investor’s market participation than there has been for a long time. Democrat calls for a tougher SEC regulation are not the answer. Gary Gensler should instead focus on reducing regulatory barriers to promote long-term investing and increase access to affordable financial advisors.