And We're Living Here in Allentown 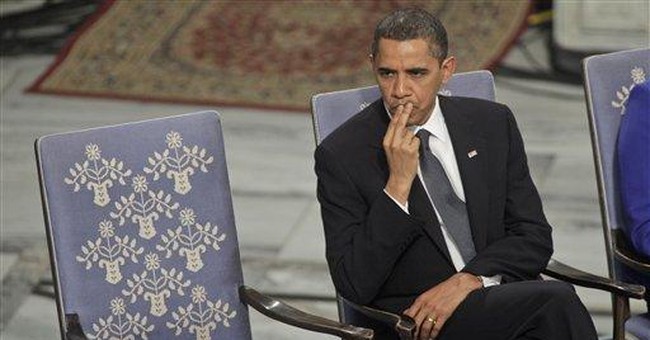 The last time unemployment hit double digits, the Billy Joel song “Allentown” was a surprise early ’80s hit. As Joel later told the Allentown Morning Call, it was a “song about being out of work.”

The song’s message of lost jobs and lost hope resonated with American workers down on their luck. “And it's hard to keep a good man down. But I won't be getting up today,” went the final verse.

President Obama tried to recapture that sentiment as a way of tapping into the emotion of the American people on jobs by visiting Allentown last week. That was part of a build up to his latest sweeping initiative to change the nation – No. 5,392 for those of you tracking at home. Five different speeches on jobs in a week according to NBC, and the trip to Pennsylvania was to “lift spirits,” according to the administration’s beloved media lefty Chris Matthews.

Allentown, Obama told the audience, was a metaphor for America. “The folks in Allentown – and in all the Allentowns across our country – are the most dedicated, productive workers in the world. All they're asking for is a chance, and a fair shake.” All three broadcast networks gave extensive time to the symbolism.

Only Obama didn’t capture the emotion there. Maybe he’s never been unemployed for a long period. Or maybe he’s just too much of a policy wonk. Either way, his rhetoric sounded hollow.

If Allentown is a metaphor for anything, it’s a metaphor for the Obama administration. It was an attempt to tap into recession angst 25+ years too late. When the song first came out, Reagan was still trying to whip things into shape and Democrats could and did blame him, calling his policies “wicked.”

But Obama’s sequel is a bit different. Reagan is long gone and so now is Bush. America elected Obama 13 months ago. Yet unemployment still hovers at 10 percent and it has become an election year issue.

And nothing wakes up a politician to popular resentment like an election year. With less than a year to the November 2010 main event, Obama has been singing about jobs anywhere he could find an audience. First came the PR efforts at the jobs summit. Then more speeches and, of course, more spending.

Obama plans to boost infrastructure spending $50 billion, create a bogus Cash for Caulkers plan, throw a tax break at business to pretend to be business friendly and then tap into the Troubled Asset Relief Program and extend it to October 2010 as one more way of funding his holiday chorus.

It’s just Stimulus II (or III or IV) by another name. The classic lefty recipe of growing government to make even more voters reliant on Democratic politicians for their payday. Imagine Chicago corruption and patronage on a national scale and you have it. Even worse, the October TARP extension is a blatant abuse of a government program to try and help get Democrats elected in the election that occurs two days after the program’s extension ends.

It’s a move that will appeal directly to Obama’s remaining base – hardcore lefties and the media. MSNBC’s Matthews represents a lot of both. On the Dec. 6, “Chris Matthews Show,” he made it clear he wanted to see more government spending and more government jobs. People “want to see those hardhats,” he explained. Time magazine’s Michael Duffy predicted a similar big government approach to hiring, saying “it'll be cops, teachers and more roads.”

Construction workers and policemen. Throw in an Indian, a biker and a cowboy and the Obama strategy is to resurrect the Village People on a national scale. That’s not a national solution, it’s a punch line.

Still, NBC’s Savannah Guthrie went out of her way to make Obama’s move look believable, saying he was taking a “somber tone” and he felt our pain like Bill Clinton before him. As she put it, the president was “taking pains to demonstrate he feels the pain of the unemployed.”

No, if he did, he wouldn’t be spending another $150 billion to “throw more money at the problem” in the words of Katie Couric.

The question remains: How are we going to pay for this? The U.S. spent $292 billion more than it brought in during just the first two months of fiscal 2010. At that pace, we’ll come close to a $2-trillion deficit just for one fiscal year.

Obama’s solution is more government jobs, because that’s worked so well so far. Ed Yardeni, president of Yardeni Research, Inc., calculated the jobs Stimulus I has created cost $246,436 each.

So Obama is singing the same old tune. If we sing along, we’ll certainly end up living in the Allentown of the 1980s.