Cyrus Yaqubi
|
Posted: May 01, 2021 12:01 AM
Share   Tweet
The opinions expressed by columnists are their own and do not necessarily represent the views of Townhall.com. 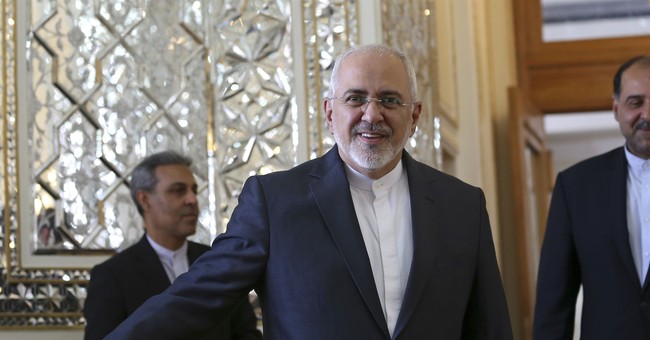 While there is not much time left until June 18, the day of the presidential elections in Iran, the war between the two factions within the regime for winning this seat has escalated. On April 25, a letter signed by 220 members of the Iranian parliament was published in the media. The MPs asked Ebrahim Ra'isi, the head of the regime's judiciary, to run for the presidency. The letter was published contrary to the usual custom of non-interference of the legislature in the affairs of the executive branch. Ra'isi's endorsement is also interpreted as an attack against the current president, Rouhani.
But given that Hassan Rouhani has been president for two terms and can no longer run for office under the constitution, it is clear that the target of most attacks is the reformist faction, not Rouhani himself. The fundamentalist faction of the regime is poised to pave the way to ensure that the next president will be one who will be completely loyal to Khamenei and his internal and international policies.

It is worth mentioning that Khamenei is well aware of dire and volatile situations in Iran more than anyone else in the country. In his mind, the only way to sustain his reign is to minimize the presence of any factional differences in the new government and elevate the level of suppression of the people.

In the most recent parliamentary election in Iran, Khamenei was able to sift out the so-called reformist candidates, and as a result, the current parliament consists of a majority that is loyal to Khamenei. In his speech on the occasion of the Iranian New Year on March 21, he outlined his preferences for the next president and pointed out the election should not be bipolar.

Past experiences have taught Khamenei that the dismay and dissatisfaction of the Iranian people with the government are at the brink of explosion. The people are looking for any possible reason to gather, stage a protest and chant anti-government slogans. Khamenei is trying to play all his cards and strengthen all his oppressive apparatus to postpone any imminent widespread uprising that could lead to the fall of the mullah's regime in Iran.

Khamenei plans to eliminate all his rival candidates for the upcoming presidential election. The Guardian Council (the body that certifies the candidates) and the parliament are the legal authorities that he is using to make this happen.  Khamenei is favoring Ra'isi, who about two years ago was his appointee for the head of the judiciary and hopes Ra'isi will form a unified and loyal government that follows his orders without any questions.

Khamenei also suspects that he will not be alive for the next round of presidential elections. Therefore, he is trying to pave the way for Ra'isi to be his replacement.

The Iranian parliament has 290 seats, some of which are currently vacant and will be filled in the next elections, so the 220 MPs who endorsed Rai'isi, make up 80% of the MPs. This is a clear indication that whose name will be announced as the winner of the presidential election.

Poverty, high inflation, unemployment,…that have placed more than 80% of the people below the poverty line, there are clear signs that the people of Iran are going to boycott this sham election and will not be deceived one more time. Slogans such as "we heard so many lies, we will not vote anymore" have become one of the major slogans chanted in gatherings and demonstrations in Iran these days. According to the regime's own exaggerated polls, 68% of people said they were not interested in participating in the elections.

According to Abbas Akhoondi, the former Minister of Roads of the Rouhani government, in an interview with the Jamaran news agency on March 25, 2021, only 16% of eligible voters participated in the parliamentary elections in Tehran.

It is worth noting that the turnout in the last parliamentary elections was the lowest in 41 years, despite widespread fraud.

Also on April 26, a three-hour audio recording of current Iranian Foreign Minister Mohammad Javad Zarif's words was released online as part of his seven-hour interview with a reporter. In this audio file, Zarif had made revelations that have not been heard before. Words that he had denied them in his previous interviews.

For example, he talks about his very cozy relationship with Qassem Soleimani. He points out that in reality, Qassem Soleimani made the decision in the Ministry of Foreign Affairs, not him. In another example, he points out Iran's Quds Force had informed the United States thru the Iraqi government earlier to launch missiles at Al-Assad in Iraq, and he was informed later.

Zarif also acknowledges that he was unaware of the downing of the Ukrainian plane by the Revolutionary Guards. If he had been told earlier, he would have been better able to justify it to the world.

In this audiotape, Zarif said that he is not interested in running for the presidency, but he may change his mind if he is pushed.

The coincidence of the release of this audiotape, one day after the Rai'isi endorsement letter by 220 MPs, and the social and political aftermath of these events should wait to unravel.

It worth noting that as soon as the audiotape was released, a wave of attacks and accusations on Zarif by a rival faction began, and not only was he threatened with impeachment by members of parliament, but the prosecutor's office opened a case against him in the judiciary for the release of the audiotape. If Zarif has had any role in the audiotape release, he will be charged and must appear in court.

All and all, all these incidents indicate a deep rift in Khamenei's government apparatus and that he has lost his iron grip on the country's matters. The so-called reformist faction of the government has turned the table against Khamenei and try to blame him to clear their own hands from all the crimes they have committed together against the people of Iran and the region.