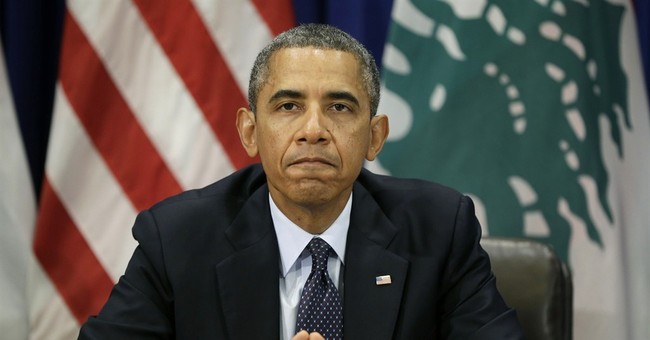 The federal government shut down and right now House Republicans look really stupid but so do the President and Senate Democrats. None of the three want to do the jobs they were elected to do: serve at the behest of “we the people.” Everyone needs to grow up and if non-essential government workers don’t get paid, I don’t think the President or members of Congress should either.

But I want to focus on the Republicans’ antics because it’s not a good look for the party. First, Senator Ted Cruz went on his defund Obamacare rant in the Senate, which did nothing to change things. The Senate passed a bill to fund the government for only six weeks, stripped of any House Obamacare defund language, tossed it back to House Speaker John Boehner for a vote.

Enter Cruz again, the indefatigable defund hero, who riled up over 50 House Republicans who insisted on attaching Obamacare to the House’s temporary government funding bill. Cheered on by Cruz, the House Republicans contorted and passed several funding bills ornamented with Obamacare delay or defund language. Before the stroke of midnight Monday, the last and final House bill rejected by the Senate included delaying Obamacare for a year and repealing the exemption from the healthcare law for members of Congress and their staff.

Let’s not lose sight of the fact that this funding bill isn’t a budget. In the past five years, Congress hasn’t passed a budget funding the government but only votes on last minute continuing resolutions to keep the government churning till the next crises. Since winning the majority if the House in 2010, Republicans have passed budgets but the Democrat led Senate has not.

Republicans are losing the government shutdown PR battle. They need to get on the same page with a singular strategy and message and COMPROMISE. Where Obama beats Republicans consistently is he does a better job of telling and selling his agenda, though flawed, to the American people. Obama consistently stays on his message of blaming Republicans for every crisis, not rubber-stamping his spending agenda that jeopardizes America’s financial health with unsustainable debt levels not seen since World War II (approaching 70% of GDP). And it works.

A better strategy for House Republicans would be to approve a “clean” Senate funding bill and focus its energies on tying Obamacare to the debt ceiling battle in October. It isn’t a good idea to shut down the government, as Senator Rand Paul said on Face the Nation Sunday, “But I also think that it’s not a good idea to give the president 100% of what he wants on Obamacare.” And Senator Paul is right.

House Speaker John needs to tell his caucus it’s time to get real that governing is about negotiation and they need to pass the Senate funding bill without Obamacare language attached to it. The law was upheld by the Supreme Court as a tax. It won’t be defunded or repealed until Republicans can win the White House and control of Congress, which looks like a slim prospect these days.

Boehner can successfully argue for the delay in the individual mandate because the President already delayed the employer mandate a year. In exchange for the raising the debt ceiling, House Republicans should require members of Congress to enroll in Obamacare without the exemption from paying their own premiums Obama granted them. As a result taxpayers will pay the 75% of premium costs for members and their staffers. Obamacare mandated members of Congress and their staff enroll in the healthcare exchanges. So, Boehner is right to insist his colleagues pay their fair share.

Speaker Boehner should follow Obama’s PR spin and take the GOP message to the American people. Boehner and Senate Republicans need to tell Americans Obamacare is falling and failing under its own weight so why not delay it?

Even the President himself repeatedly said the health law is full of “glitches” galore so clearly the program isn't "ready for primetime." Frankly, the rollout is a mess. The software, which determines how much people should pay in premiums for the exchanges and if they qualify for subsidies, isn’t working properly, giving people inaccurate information and estimates. Health and Human Services granted more than 1,300 waivers from Obamacare to business, organizations and unions.

Republicans need to get out the facts on Obamacare. The law isn't popular with the American people, 70% of Americans don't understand the law and more people think it’s a bad idea than a good one. For those who have healthcare, they can keep it but it will cost them 20%-30% more not less, as Obama campaigned. It’s a $1 trillion ball and chain on our nearly $17 trillion debt.

Republicans also need to remind Americans who desperately need jobs that Obamacare is a job killer, employers are cutting workers hours below 30 hours a week or hiring less than 50 workers so they won’t have to comply with the law’s mandate to provide healthcare coverage.

Finally, Speaker Boehner and Senate Minority Leader Mitch McConnell should remind the American people Democrats passed Obamacare without a single vote from Republicans. So what’s wrong with the GOP trying to do something about the law now that they have some power in the House?

Obama can't have it all neither can the GOP. Instead of Obama lecturing members of Congress, “You don't get to extract a ransom for doing your job,” perhaps the president should take heed and do his job. Our government operates on enumerated powers, legislative, judiciary and the executive branches. This means presidents are NOT kings and Congress doesn’t do what Obama tells it to do. Obama can’t say he won’t “negotiate.” He must cut spending, something he’s refused to do his entire time in office.

Obama has spent nearly $7 trillion in five years. Republicans gave him $600 billion in tax increases on the rich in January. There’s plenty of blame and “irresponsibility” for Republicans to heap on Obama for our impending fiscal crisis. Both sides must give something to get something. I understand Speaker Boehner and House Republicans’ frustration with this unyielding president but if the House Republicans approve the Senate funding bill, they will have much more credibility in standing up against Democrats and Obama on the debt ceiling fight. Just do it already. Don’t be stupid.