Crystal Wright  |  Jan 25, 2013
The opinions expressed by columnists are their own and do not necessarily represent the views of Townhall.com.
Top Columns
Trending on Townhall Media 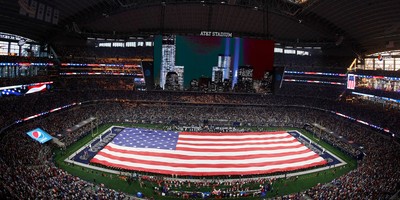 What we learned from Hillary Clinton’s Congressional hearings on Benghazi was nothing. What was revealed was a combative, arrogant Secretary of State, who thinks she’s above reproach or accountability and was especially miffed that she had to be questioned by members of Congress about why four Americans were killed at the US Consulate in Benghazi under her watch.

Hillary’s attitude toward the entire “Benghazi affair” is summed up well in her irritated response to Senator Ron Johnson’s (R-WI) question about what caused the attack on the US Consulate in Benghazi. “Was it because of a protest or was it because of guys out for a walk one night who decided they’d go kill some Americans? What difference, at this point, does it make?” she shouted back.

For America’s Secretary of State to dismiss the cause of Libyan Ambassador Chris Stevens’ death and those of three other Americans as irrelevant is beyond shocking when it is her job is to ensure the safety of diplomats abroad as they pursue US policy. The reason why the cause of their deaths makes a DIFFERENCE is because Ambassador Stevens and other US diplomats sent numerous cables and emails warning the State Department that the security at the Benghazi consulate was inadequate.

It matters that the Obama administration misled the American people from the start about the attack, suggesting for weeks, most notably through UN Ambassador Susan Rice, that the attack was caused by a spontaneous protest over an American produced anti-Muslim video. After killing Osama bin Laden, the Obama administration wanted us to believe the threat of al Qaeda and Islamic radicals was diminished but the Benghazi attack blew an inconvenient hole in the President’s narrative.

The CIA confirmed numerous times to Congress, including former CIA Director David Petraeus, the agency knew immediately the Benghazi attack was planned and implemented by terrorists. But the real “difference” this all makes is that the State Department’s Accountability Review Board’s report, commissioned by Madame Hillary herself, concluded the attack on Benghazi resulted from the State Department’s gross negligence in security. Translation: “big screw up.”

This all makes a “difference” because it makes Secretary Clinton look incompetent. When she flippantly declared with a smirk during the Senate hearing that she couldn't be bothered to read the 1.4 million cables that came through to the State Department last year, including those from Ambassador Stevens, Senator Rand Paul expressed the collective disgust of America.

Despite Democrats in the Senate and House Foreign Relations Committee thanking Clinton for her “candor,” she showed none. Instead, Madame Secretary spent the entire day oozing contempt for Congress and distancing herself from blame.

“I wasn't involved in the talking points process,” said Hillary before the Senate hearing and reiterated the “Intelligence community is the principle decider of talking points.” (Reminder: the talking points was the misinformation Susan Rice recited chapter and verse on several Sunday morning talk shows, declaring without question the Benghazi attack was caused by a protest. Of course this cost Rice Hillary’s job.)

Before the House, Madame Secretary threw the CIA under the bus again, saying “the intelligence community failed to recognize the threat in Benghazi.” I thought the State Department’s mission is to pursue American foreign policy and protect our interests abroad along with identifying threats to the US, thus making it part of our “intelligence community.”

The gist of Hillary’s testimony was “Don’t look at me, it wasn't my fault.” But didn't Hillary say last year as Secretary of State she would take full responsibility for Benghazi? Perhaps the stars in her eyes, contemplating a run for president in 2016, made her rethink all that Benghazi culpability stuff.

After hearing our Secretary of State drone on all day January 23, 2013, we, the American people, were left scratching our heads with more questions than answers on Benghazi and thank goodness Senator John McCain (R-AZ) had the guts to point that out.

“The answers, frankly, that you've given this morning are not satisfactory to me,” declared a testy Senator McCain.

Meanwhile Democrats couldn’t stop their effusive praise of Hillary for visiting over 100 countries. Traveling around world racking up frequent flier miles doesn’t make you a good Secretary of State but implementing effective foreign policy does! Democrats also kept praising Hillary during her hearings for doing “such a great job.” If the Secretary did such a great job, why are four diplomats dead and why are Islamic extremists and al Qaeda taking hold in Mali and other parts of North Africa?

“When America is absent, especially from unstable environments, there are consequences. Extremism takes root; our interests suffer; our security at home is threatened,” exclaimed Secretary Clinton.

Hillary Clinton couldn’t have described her job performance any better as chief promoter of Obama’s "absent" from the world, lead-from-behind foreign policy. It seems Hillary spent a lot of time flying around the world thinking about how great her travels would look on her 2016 presidential resume but little time on the basics of running the State Department. Bon Voyage Hillary!