The company suffered from continual leadership changes and a financial disaster brought on by the acquisition of Autonomy Corp.  HP’s turnaround plans include a focus on sales of more lucrative software.

On March 21, we recommended that investors sell Hewlett-Packard shares, based on falling earnings per share and a bearish chart.  We still think investors would be better served owning stocks with earnings growth and clear corporate vision. 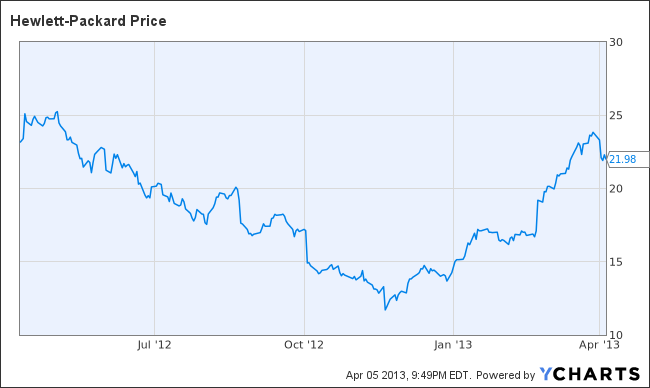 F5 Networks Inc., maker of networking technology, has sharply lowered Wall Street’s expectations for second quarter revenue and earnings per share due to slower North American sales.  The stock is down dramatically on the news.

F5’s forecasting errors could easily be attributed to growing pains, as this aggressively growing company eventually learns to anticipate the seasonal demand patterns and changes in product cycles that more mature companies take in stride.

Citi Research adjusted its earnings per share forecast today to show flat numbers for 2013, then growth of 10% and 13% in F5’s next two fiscal years.  After today’s drop, watch for price support at $70, and a possible rebound this year to the mid-$90’s. 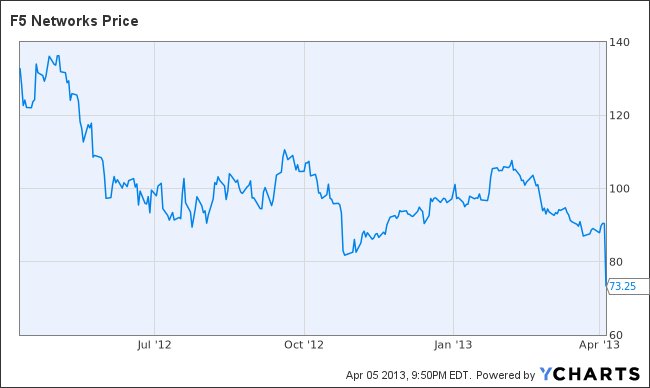 Consumer goods company Hanesbrands Inc. announced the initiation of a 20-cent quarterly dividend, with a current yield of 1.7%.

Balance sheet numbers run hot and cold at Hanesbrands.  Earnings per share growth is expected to be 29% this year, then rapidly slowing to 5% in 2015.  Annual revenue has been relatively flat for several years.  The company’s debit-to-total capital level runs more than twice as high as its industry peers, which makes it vulnerable to credit problems.

The stock broke through long-term resistance in the mid-$30’s in early January and has had a 30% run-up in price.  This is a good time for shareholders to move on to a stock with a better balance sheet. 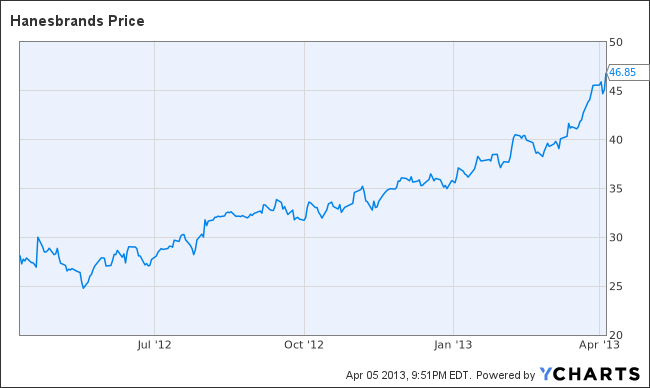