Growing up on a dairy farm near Holton, Kansas, Congresswoman Lynn Jenkins learned the values of hard work, keeping your word, and the importance of serving your community. Those are the same values that led her to public service and still guide her decisions as she represents the Second District of Kansas, which includes Topeka, Lawrence, Leavenworth, Pittsburg, Independence and the majority of northeast and southeast Kansas.

After winning election for her fourth term in the U.S. House of Representatives, Congresswoman Jenkins was also reelected by her colleagues to again serve as the Vice Chair of the House Republican Conference during the 114th Congressional session. Conference Vice Chair is the fifth-highest ranking position in House Republican Leadership. Congresswoman Jenkins is the 30th woman in history to hold a leadership position in either branch of Congress, and the 14th Republican woman to be in Leadership.

During Congresswoman Jenkins’s time in Congress, she has developed a track record for supporting fiscally responsible public policy to promote job creation and economic growth, working to improve transparency in Congress and backing a strong national defense. Congresswoman Jenkins has introduced legislation to make the House more accountable to how it spends taxpayer dollars, to improve transparency in the House committee process and to prevent the House from passing major legislation during a lame duck session. She continues to oppose wasteful government spending and is working to reduce the record deficits and national debt.

Congresswoman Jenkins is a Certified Public Accountant by profession and brings nearly 20 years of experience helping individuals and small businesses manage their finances to the House of Representatives. She also served in the Kansas House and Kansas Senate and as the 37th Kansas State Treasurer. 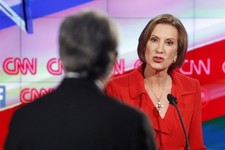