Colin McNickle
|
Posted: Feb 09, 2017 10:10 AM
Share   Tweet
The opinions expressed by columnists are their own and do not necessarily represent the views of Townhall.com. 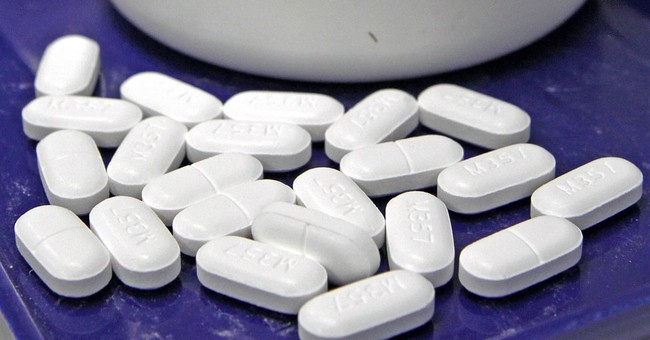 It was contrarian economist Murray Rothbard who famously quipped that while deficits always are pernicious, “curing them by raising taxes is equivalent to curing an illness by shooting the patient.”

And while Pennsylvania Gov. Tom Wolf insisted in his annual budget address on Feb. 7 that he is proposing no “broad-based” tax increases, the reality defies his political rhetoric and defiles common economic sense. In fact, in no small way, the governor seeks to unload a fairly large magazine against the public.

Yes, indeed, the governor vowed government “reforms” and “consolidation” designed to save a projected $2 billion and help to close a widening budget deficit.  That, of course, is commendable. But spending still rises in the new budget blueprint.

And other aspects of Wolf’s budget proposal are most troubling, says Jake Haulk, president of the Allegheny Institute for Public Policy.

Wolf revived his wrongheaded and industry-harming/hammering severance/extraction tax on natural gas, which always has been a “non-starter,” Haulk says.

Additionally, Wolf’s push to increase the state-mandated minimum wage to $12 an hour will result in fewer entry-level jobs for those most needing them the most, Haulk noted.

“The forecast of $95 million in more state revenue (supposedly from income taxes by those paid the higher wage floor) is folly,” he said. “What about the lost income of business owners facing much higher costs and the lost income of people who lose their jobs or do not get hired?”

And as far as bolstering public education spending, Haulk reminds that Pennsylvania schools are not underfunded. “The state average per pupil is much higher than the national average. It is high compensation and pensions that (Wolf) refuses to acknowledge.”

As Haulk and Allegheny Institute senior research associate Frank Gamrat remind (in Policy brief Vol. 17, No. 7), “Fixing the economy should be top priority and talk of tax increases is exactly the wrong approach.”

Pennsylvania’s economic funk is profound. Average yearly jobs gains thus far in this century pale in comparison to those in the late 1990s, Haulk and Gamrat say. Factory employment has been flat for four years. And we all know what the glut of natural gas has meant and how the cooling of the shale gas industry rippled through the economy.

It’s only service sector jobs that have kept the Keystone State economy moving, albeit slowly, they note.

“But the reality is that many of the service jobs being created are very low paying with few benefits and their output has little or no multiplier effect on the economy,” Haulk and Gamrat say. That naturally has led to the state collecting less in taxes, which has led to projections of higher budget deficits.

The researchers say that based on the slow pace of recent revenue gains, it is not surprising that year-to-date collections in all major categories of tax revenue -- corporate net income, personal income and sales and use -- are running behind the forecast for the first six months of the fiscal year.

Compounding the problem is that general fund spending now is running about $4.4 billion higher than revenues collected.

"Typically, the first six months of the fiscal years have spending running ahead of revenues,” Haulk and Gamrat note. “With the heaviest revenue inflows in the spring, the spending/revenue gap is dramatically reduced.”

But, the pair remind, “for the last few years, the fiscal years have ended with increasingly larger deficits.”

And while the head of the state’s Independent Fiscal Office has expressed puzzlement at the commonwealth’s moribund economic growth through January, Haulk and Gamrat say it should be no mystery.

“The state rates very poorly in state rankings of business taxes, business climate and its two largest metro areas are among the lowest ranking for new business formation.

“High taxes, the threat of more taxes, especially on the gas industry, enormous unfunded liabilities in the state employee and teacher pensions that portend tax increases” --which Wolf did not even bother to mention in his address to the General Assembly -- “all hamper the state’s ability to grow and attract business.”

And, Haulk and Gamrat further caution, labor union problems -- especially with public sector employees -- combined with the rapid expansion of the number of Midwestern states adopting right to work laws will put the commonwealth at an ongoing serious competitive disadvantage.

“One thing should be perfectly clear,” the Pittsburgh think tank scholars say: “Raising tax rates or levying new taxes on business in an attempt to close the deficit will be counterproductive.

“There is no substitute for adopting policies that favor free enterprise and making the state more business friendly.”