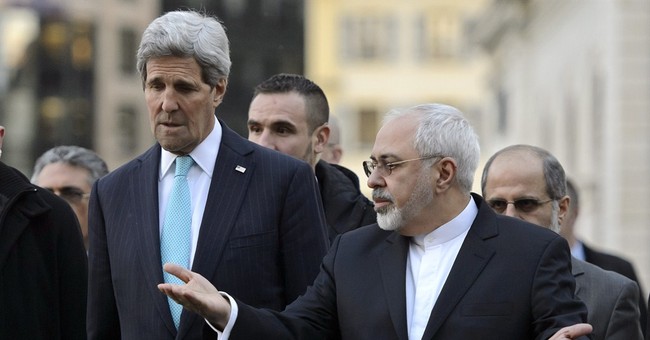 Start with some of the most powerful politicians of Argentina. They are feeling sorely aggrieved by Senator Marco Rubio (R-FL). He had the temerity to suggest that Secretary of State John Kerry support the creation of an “independent, internationally assisted investigation” into the case of Alberto Nisman, the prosecutor who attempted to bring to justice those responsible for the worst terrorist attack in Argentina’s history. Mr. Nisman was found dead in his apartment the night before he was to deliver testimony implicating Argentina’s president in a plot to cover up Iranian and Hezbollah involvement.

Argentine Chief of Cabinet Jorge Capitanich complained of Mr. Rubio’s “imperialist behavior.” TeleSur, a pan-Latin American television network controlled by the governments of Argentina, Cuba and Venezuela (with Qatar-based Al Jazeera as a content provider), objected to “US Republican meddling,” denouncing Mr. Rubio as a “right-wing Senator” who has long “spearheaded the push for hostile policies towards left-leaning governments in Latin America.”

Those beleaguered governments have a new ally in the Old World: Elections in Greece last month brought to power the Coalition of the Radical Left. Syriza, the Greek acronym by which the party is better known, told voters their economy has not been ruined by profligate borrowing and spending, bloated bureaucracies and corruption. No, the blame lies with wealthier Europeans who have imposed “humiliation and suffering” upon the Greek people and, adding insult to injury, now urge stringent austerity measures as the remedy.

Yanis Varoufakis, Greece’s new finance minister, “fresh from teaching at the University of Texas at Austin,” last week called such measures “fiscal waterboarding.” Which might raise the question: Should he and his colleagues be seen as fiscal Khalid Sheikh Mohammads?

From Athens, let us voyage southeast across the Mediterranean to Gaza City where a UN compound was attacked last week. Not by Israelis -- if that had been the case, it would have been a much bigger story. Instead, this assault – property damaged, tires burned, stones thrown, though UN personnel were unharmed “due to precautionary measures taken” -- was carried out by Palestinians who, according to the Associated Press, “were protesting the decision to halt aid because of a shortfall of funding from donor countries.”

Remind me: When did aid become not charity but an entitlement? In any event, some donors may fear their funds will be appropriated by Hamas and used to build missiles and terrorist tunnels rather than homes and hospitals. Others -- Iran springs to mind – have long been generous when it comes to helping Palestinians launch wars against Israel, but parsimonious when it comes to lessening the suffering those wars inevitably cause.

Meanwhile, elsewhere in the world, there are peoples who are being victimized in more egregious ways. Despite that, or perhaps because of it, they receive little help or even attention.

Take Darfur. As New York Times columnist Nicholas Kristof pointed out, that region of western Sudan has “disappeared from the headlines.” Atrocities against Darfur’s black Muslims – e.g. mass murders and mass rapes -- increased during 2014. Does the lack of media and diplomatic interest have anything to do with the fact that when jihadis attack peaceful Muslims the blame cannot be place on “Islamophobes”?

In southern Pakistan last week, a Shia mosque was bombed. More than 60 worshippers were killed. Here again, the terrorists responsible were Muslims -- Sunni Muslims, members of a group called Jundullah that used to be affiliated with the Taliban but has since made common cause with the Islamic State.

Fahad Marwat, a spokesman for Jundullah, told Reuters that the mosque had been targeted because the Shias “are our enemies.” Give credit where credit is due: At least he didn’t put forth some invented claim of victimization to justify the slaughter.

Jihadi groups – Sunni and Shia alike -- also regard Christians as enemies. Throughout much of the Islamic world, Christians are being bombed in their churches, murdered in their streets and “cleansed.”

People forget that the “cleansing” of infidels started in the wake of World War II, when hundreds of thousands of Jews were forced to flee Baghdad, Cairo, Tripoli and virtually every other corner of the Islamic world where Jewish communities had been established centuries before the advent of Islam.

Israel, the tiny state to which most of those Jews fled and in which they and their descendants found refuge, is now targeted for extermination by jihadis of every stripe. Anything Israelis do to defend themselves, from building fences to returning fire, is denounced as unfair and unlawful by Israel-haters and those who sympathize with them. Nevertheless, Israelis are more often portrayed as victimizers than victims.

The Kurds are another ancient Middle Eastern nation, one that has never been allowed to have its own state. Victims of a genocidal chemical weapons attack by Saddam Hussein, Kurds also have suffered persecution in Iran and, in different ways, in Turkey. Most recently, they have come under assault from the Islamic State.

Somehow, Kurdish forces have managed to defend themselves and their lands. The Kurds are America’s allies. They deserve America’s support. But, as Bloomberg’s Eli Lake reported, over recent months U.S. assistance to the Kurds “has slowed to a trickle.”

“We are fighting on behalf of the rest of the world against this terrorist organization,” Masrour Barzani, the chancellor of the Kurdistan Region Security Council, told Mr. Lake. “We are putting our lives on the line. All we ask for is the sufficient equipment to protect these lives.”

That doesn’t sound like someone who views himself and his people as victims. That could be part of his problem.