The Truth About Diversity 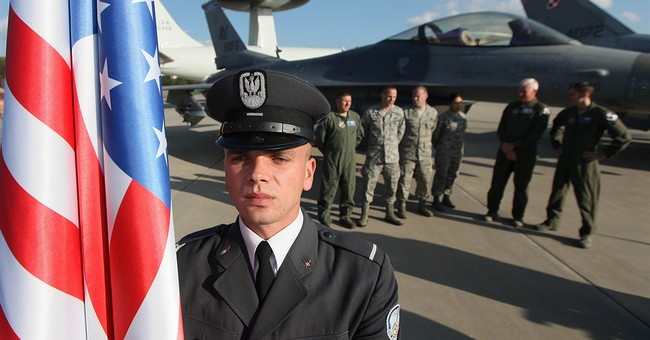 In theory, we Americans are great proponents of diversity. In practice, how many of us stop to seriously consider the meaning of the word? If peoples really are diverse – if we differ not just about clothes and cuisine but over ideas, values, interests, morality, and human rights -- that implies there is no “international community,” certainly not one that embraces “international norms.” For years, we’ve told ourselves the world is a “global village.” Turns out it may be more like the “several remote nations” to which Gulliver traveled.

Multiculturalists of the left are most likely to misconstrue diversity. But there also are those on the right who believe all human hearts yearns for freedom. By now, I think, it’s become apparent: Freedom may not be everyone’s cup of tea.

The Iranians who took to the streets chanting “Death to the dictators!” in 2009: I am convinced they did -- and still do -- want freedom which, at a minimum, would mean liberation from theocracy, limiting the power of the billionaire mullahs, as well as the Islamic Revolutionary Guards and the Basij thugs who have oppressed ordinary Iranians since the Islamic Revolution of 1979.

Those protesting in Hong Kong right now are risking life and limb to prevent Beijing Communist Party bosses from encroaching on their freedoms. Under the 1984 declaration that paved the way for the British Crown Colony to be turned over to China, Hong Kong was promised “a high degree of autonomy” for the half century following the transfer of sovereignty in 1997. The idea was not that when 2047 rolled around the people of Hong Kong would accept dictatorship with bovine passivity. Rather, it was assumed that by then dictators would have been relegated to the dustbin of history. At this point, that seems rather a long shot.

Addressing the UN General Assembly last month, President Obama asserted that “the future belongs to those who build, not those who destroy." First: That’s a hope, not a fact. Second: The hundreds of young Muslim men (and some women) flocking to the Islamic State (also known as ISIS and ISIL) in Syria and Iraq see no contradiction between the two.

As they destroy ancient Christian, Yazidi, Kurdish and “apostate” Muslim communities, they also are intending to build a caliphate for the 21st century, an empire in the image of what they imagine Muhammad founded in the 7th century, what my colleague Reuel Marc Gerecht calls “a new conquest society.” Obama may not think that’s a useful thing to construct but, in a diverse world, he can hardly expect everyone to concur.

Similarly, Hamas wants to build “an Islamic state in Palestine, all of Palestine” as Hamas Political Bureau member Mahmoud al-Zahar said last week. That would, obviously, require the destruction of Israel, a goal to which Hamas has always been openly and unequivocally committed.

Some of the Americans and Europeans who hold up signs reading “Free Palestine” ignore that. Others are just not troubled by it. Many turn a blind eye to this, too: Wherever Islamic militants rule freedom is limited to a choice between submission and death. In Gaza, as in the Islamic State, as in the Islamic Republic of Iran, no one gets up on a soap box in the public square, speaks his mind, criticizes those in power, and then goes home for a quiet dinner with the family. In a diverse world, some people are tolerant -- others jail or slaughter those who displease them.

There is diversity among Islamists. For example, Hamas, al Qaeda and Iran don’t recognize the legitimacy of the Islamic State in Syria/Iraq. Over the weekend, however, the Pakistani Taliban declared its allegiance to Caliph Ibrahim, as the entity’s ruler, Abu Bakr al Baghdadi, now calls himself. That must have come as a disappointment to al Qaeda leader Ayman al Zawahiri, who is al Baghdadi’s rival (not his enemy – there’s a difference).

There are Russians who value freedom. President Vladimir Putin is not among them. George W. Bush was mistaken when he looked into Putin’s eyes and thought he saw an aspiring democrat, just as Barack Obama was wrong to think he could “reset” relations with Russia based on mutual respect, and a shared commitment to peace and international law.

If the polls are to be believed, more than 8 out of 10 Russians support Putin. An analysis by Radio Free Europe/Radio Liberty leads to the conclusion that most Russians value national pride and power over freedom and democracy. That’s diversity for you.

Within the U.S., diversity is most loudly trumpeted on our campuses – ironic because a scholar with unfashionable ideas has about as much chance of getting tenure as winning the lottery. People forget that tenure was supposed to protect intellectual diversity, not abolish it.

And while many Americans continue to treasure freedom, others are more concerned with equality of outcome. There is a tension between the two because when individuals with dissimilar backgrounds, habits and talents compete in a free market they inevitably wind up in different places. But that’s not the kind of diversity most of those who claim to be championing diversity are willing to defend.