Faith, Fanaticism, and Fantasy in the Middle East 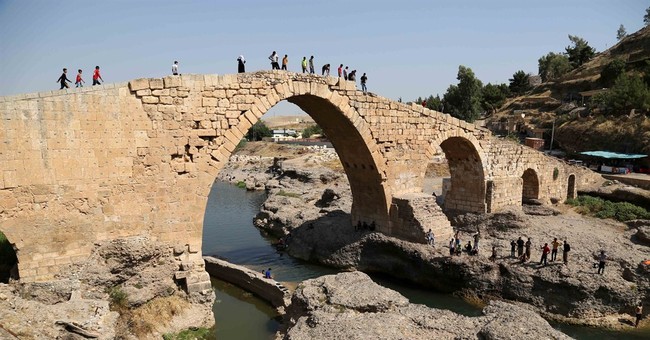 “God created war,” theorized Mark Twain, “so that Americans would learn geography.” That’s as true today as it was two centuries ago. How many of us would be able to find Yemen, Somalia and Mali on a map if not for the conflicts raging in those lands?

These days war also presents an opportunity to learn a little history and theology. But to do that, you have to separate the factual from the fanciful.

In his primetime address to the nation last week, President Obama acknowledged that in the current era, “the greatest threats come from the Middle East and North Africa.” He added: “And one of those groups is ISIL -- which calls itself the Islamic State.”

So far so good. But then he went on to assert that the Islamic State “is not Islamic.” Why not? Because, he said, “No religion condones the killing of innocents, and the vast majority of ISIL’s victims have been Muslim.” Neither of those assertions bears scrutiny.

Certainly, there is nothing novel about Muslims killing Muslims. The First Islamic Civil War erupted in 656 AD, only 24 years after the death of Mohammad, founder of the original Islamic State. The Battle of Karbala in 680 marked the start of a conflict between Sunni and Shia Muslims – one no peace process has managed to resolve.

Yes, there also have been intra-Christians conflicts: The Thirty Years War (1618 -1648) was one. Northern Ireland in the 20th century suffered another. But that only bolsters my point: Who would suggest that Christians who fight Christians are not Christians?

As for the notion that no religion condones the killing of innocents: The Aztecs, who ruled a great empire, believed they owed a debt to the gods that could only be paid by slaughtering virgins and children, many of whom were placed on slabs and had their beating hearts removed and held up to the sun.

Also: Surely by now we know that jihadis consider the term “innocent infidel” a contradiction in terms.

Which brings us to the uncomfortable question that President Obama was avoiding, not addressing: What is the relationship between the Islamic faith and such entities as the Islamic State, the Islamic Republic of Iran, Hezbollah (which means “the Party of Allah”), and Hamas (which means “Islamic Resistance Movement”)?

A quick story may provide insight: Five years ago, on a visit to Pakistan, I met with a group of religious leaders – all Muslims but representing diverse interpretations of Islam. None supported Osama bin Laden. But none would call him an apostate or heretic. The reason, when you think about it, is obvious: bin Laden was a fundamentalist which means he insisted on a literal interpretation of scripture – no omissions, no revisions, no innovations. By contrast, a heretic is one who holds views that deviate from doctrine or orthodoxy. And an apostate is someone who has turned his back on his religion.

Bin Laden, Abu Bakr al Baghdadi, the self-anointed “caliph” of the Islamic State, Ali Khamenei, Supreme Leader of the Islamic Republic of Iran – all appear to be devout men who believe they are waging a divinely endorsed war against the West, in particular against America, the West’s leader, and Israel, the only nation in the Middle East not ruled by Muslims.

Do most of the world’s more than a billion Muslims embrace this worldview or participate in this project? No – but if even 10 percent do, that’s a serious problem, compounded by the fact that so few Muslims are both willing and able to challenge the jihadis.

By insisting that the Islamic State is not Islamic, President Obama may think he’s demonstrating sensitivity. In fact, he’s letting Muslim leaders off the hook. They should be fighting the extremists within the umma, the global Islamic community – with force of arms, by defunding mosques and madrassas that promote jihadism, and by mounting “Not In Our Name!” campaigns. Instead, they’re saying: “Since the Islamic State has nothing to do with Islam, it’s not our problem.”

Last week, I was among a small group who met with a leading Christian cleric from the Middle East. Among his Muslim neighbors, he said, “jihadis” are not numerous. They are, however, lethal -- eager to persecute and slaughter the region’s 2,000-year-old Christian communities, as well as any Muslims suspected of dissidence, defiance or disobedience.

None of that surprised me. What did: His apparent acceptance of the inevitability of a large and expanding “Islamic world” whose rulers will never treat Christians as equal under the law -- or in other way. The best that Christians – and other minorities -- can hope is to serve their masters and perhaps be permitted to survive.

God willing, Americans should be learning from all this. One lesson: Despite touchy-feely talk of a “global village” and an “international community,” much of the world remains a jungle.

No benefit is derived from denying that supremacist, revanchist and bellicose movements have arisen from within the Islamic world. Such “violent extremists” – the more precise term would be religious fanatics -- do indeed represent “the greatest threats” to civilization. That makes them enemies, and knowing our enemies is required if we are to develop coherent strategies to “ultimately defeat” them – which implies not just defeating the Islamic State but also the disease of which it is a bloody symptom.