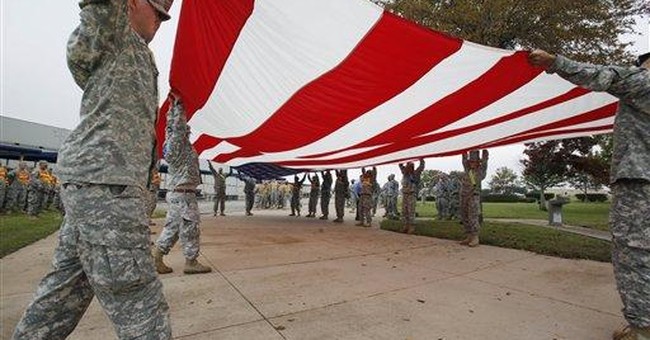 For six months, authorities had been tracking the extremist thinking of Hasan. Internet postings like this one go back to May 20, 2009: "Scholars have paralleled (a U.S. soldier's falling on a grenade to save surrounding troops) to suicide bombers whose intention, by sacrificing their lives, is to help save Muslims by killing enemy soldiers."

Hasan vehemently opposed the U.S. missions in the Middle East, arguing with co-workers, senior officers and even patients. He quarreled with Col. Terry Lee, who testified that Hasan said, "Maybe the Muslims should stand up and fight against the aggressor." Dr. Val Finnell, a former classmate of Hasan's, said that Hasan was "very vocal" about equating the war on terror with a war on Islam. He said Hasan even gave a PowerPoint presentation once justifying Islamic suicide bombing.

A few days before the killing spree at Fort Hood, Hasan proved his premeditated intentions by giving away all his belongings (including his Qurans) to his neighbors, saying he no longer would need them and adding, "I'm ready."

Just hours before the shooting spree, he attended prayer services at a local mosque, where he normally wore street clothes but that morning wore white Muslim attire.

And authorities just revealed that Hasan has made contact with other al-Qaida operatives. In 2001, authorities say, Hasan attended a mosque whose leadership was associated with two of the 9/11 hijackers. He even apparently stirred up anti-American sentiment within other Muslim soldiers at Fort Hood.

Yet despite all of this U.S. adversity in his background, Hasan was promoted this past May to the rank of major.

And the questions that keep coming to my mind are: Have we become so tolerant and politically correct that we can't see or confront a rotten apple when it's right in front of our eyes? When our fear of discrimination enables our enemies, can't we see something is grimly amiss?

To those roughly 3,500 Muslims who faithfully serve in the U.S. military, God bless you. We appreciate what you do and pray for you along with all of our dedicated service members. I fully realize Muslim extremists don't represent mainstream Islam. We must not quarantine all Islamic theology and practice as un-American.

At the same time, we must not stick our heads in the religious sands and call all these fatal acts "isolated incidents." We should not ignore the systemic nature and embryonic potential of fanaticism inherent within many. And we must not allow our cultural infatuation with passivity and tolerance to restrain us from searching for and stopping such militant rudimentary resistance, especially on our military posts.

Even our president warned Americans not to "jump to conclusions" about the motives of Maj. Hasan. But to what "conclusions" is he referring? It fascinates me that our president travels the world blaming America for everything under the sun but cautions Americans not to "jump to conclusions" about a fanatical Muslim military officer who just took the lives of 13 patriots and wounded many others who have honored their oath to defend this country. Why would the commander in chief even take up his precious media time immediately after this brutal rampage to encourage tolerance and political correctness concerning this psychotic killer? As a veteran of the Air Force and honorary Marine, I am appalled.

Extremists still are infiltrating our military ranks, and we must be more diligent about exposing and stopping them. If Washington worked with just one-tenth the passion in corralling the enemies of the U.S. as it has in ramrodding the Obama-Pelosi health care system down our throats and pocketbooks, we'd reduce military acts of terrorism down to zero, inside and outside our borders.

As another Veterans Day passes, we owe our renewed allegiance and support to our service members. And we owe, in particular, the families of those who fell at the Fort Hood massacre our continued reassurance that their loved ones did not die in vain. They were real people, mothers, fathers, sisters, brothers -- American patriots who each sacrificed everything in a war we wage even domestically to save our sacred land.

Let us pause again and salute all the victims and valiant soldiers at Fort Hood, including the heroes who kept the death toll from escalating. Let us honor the wounded and, in particular, the fallen, who (like those who fell on 9/11) serve as catalysts for our patriotism and vivid reminders that there are still enemies within.