Michael, McMahon, Farrah and You 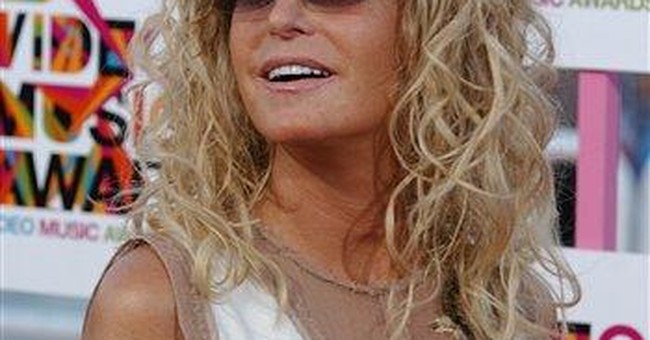 The entertainment world lost a few giants last week, and like the rest of the world, my wife, Gena, and I offer their families, friends and fans our most heartfelt condolences.

America's most infamous late-night sidekick, Ed McMahon, favorite "angel," Farrah Fawcett, and the "King of Pop," Michael Jackson, made their final exits, and even in death, they were as big as they were in life. The magnitude of their presence, power in their presentation and the caliber of their giftedness placed them among the most elite of stars.

You might not agree with all that Michael, Farrah and Ed did. You might not like all the ways they managed who they were and what they had. But you can't deny the monumental impacts they had upon entertainment and this world and how most people enjoyed what they offered. They will be greatly missed.

Like you, I have vivid memories of each of them. I was honored to meet two.

Who could ever forget Ed McMahon's curtain call for Johnny Carson on "The Tonight Show," "He-e-e-e-re's Johnny!"? I was a guest on Carson's "Tonight Show" several times through the years, and I had the privilege to talk with Ed during my visits. Every time I spoke with him, I easily could tell that he really enjoyed what he was doing on the show. He always knew his was a supportive role and never lost that perspective. He truly was a man's man, and I thought that before ever knowing he was a former Marine. Being an honorary Marine myself, I say to Ed even now, "Semper fidelis!"

I never had the honor of meeting Farrah, but I always admired her for her activism in organizations that benefit victims of domestic violence. After creating a name for herself in the hit '70s television show "Charlie's Angels," she didn't merely stick with roles that were based upon beauty. I know her award-winning performance in "The Burning Bed" as a battered and abused wife helped to open people's eyes and liberate many homes from enabling domestic violence.

When The Jackson 5 were young, I was a six-time undefeated world middleweight karate champion. I was at an event in Los Angeles, and the five Jackson kids were following me around. I would catch them at a distance staring at me, but they were too shy to approach. So I thought I would go up to them and introduce myself, but just as I would try, someone else would come up to me and begin talking. Finally, the Jackson kids came up to me, and I never will forget the few words they said: "We study kung fu." I met each of them, and they all were very polite and nice young men. There's no doubt, however, that Michael had a special charisma -- something that set him apart to be the superstar he was.

Celebrity has its costs. Fame ultimately is fleeting. Fortunes come and go. But who you are and what you leave behind in the wake of your life is everything. So let us live by priorities and principles. Let us work so that whenever the final curtain falls, we won't have any regrets.

I love the way Mark Twain put it: "Twenty years from now you will be more disappointed by the things that you didn't do than by the ones you did do. So throw off the bowlines. Sail away from the safe harbor. Catch the trade winds in your sails. Explore. Dream. Discover."

Psaki Buries Her Knife in Biden’s Back
Townhall
BRO, take the L! Billy Eichner brutally REMINDED he told half the country NOT to see his movie as his 'Bros' meltdown continues
Twitchy
Ye and Candace Owens Sport 'White Lives Matter' T-Shirts, the Left Melts Down
Redstate
Molotov Cocktail-Throwing NYC Lawyer Offers New Cocktail in Her Own Defense: Vodka with a Dash of Islamophobia
PJ Media