A Plea to the President: Renewing America Is Really Not That Hard

Christian Josi
|
Posted: Jun 05, 2020 12:01 AM
Share   Tweet
The opinions expressed by columnists are their own and do not necessarily represent the views of Townhall.com. 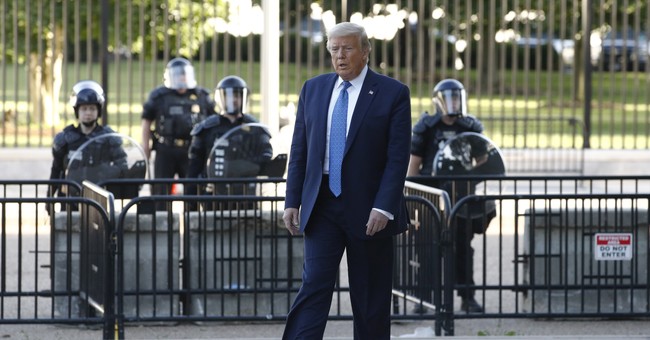 Editor's Note: This column was co-authored by William H. Chellis.

There is much that we can all disagree on in this day and age. Actors both good and bad, who are trying to fill voids that would and should not exist lest we allow them to. Which we have done and are doing.

America is a nation committed to an unprecedentedly beautiful idea in human history. Our Declaration of Independence enshrined that idea and continues to inspire us. Its bold proposition was that all men are created equal and endowed by their Creator with certain unalienable rights (Jefferson actually wrote it with a U and not an I so leave us alone on this one), and that among these are the right to life, liberty, and the pursuit of happiness. No nation was ever born of such a lofty, noble and equality-focused ideal.  And perhaps more importantly--pay attention here--

It is hard to live up to lofty ideals.  Slavery was our founding sin, and racism is its horrific legacy. The Founding Fathers feared that a just God would require a reckoning.  The tension between our founding commitment that "all men are created equal" had to be reconciled with the terrible institution of chattel slavery.  This unresolved and unbecoming tension was the great unfinished work of the American founding.

It was left to Abraham Lincoln, a founding father untimely born, to continue the unfinished work.   Our darkest hour as a nation was the Civil War, but that bloody conflict put an end to our founding sin and inspired a new birth of freedom, re-dedicating us to the proposition that all men are created equal.

The end of slavery was not the end of racism.  Racism gave birth to new institutions of inequality. The sins of fathers have a way of visiting themselves upon their children.  But American problems have always required American solutions that are rooted in our shared principles of liberty and equality.

Today, as conservatives, we stand with peaceful protestors.  We stand against racism in ways that make out stomach turn.  Racism is inconsistent with the Bible's insistence upon the unity of mankind and the Declaration of Independence's commitment to the equality of all men.  In America, liberty and equality are our birthrights.  Our problems will not find solutions in socialism, communism, or even progressive liberalism.  We will find the answers in our Declaration of Independence, in the lonely abolitionist stance of John Quincy Adams, in the steadfast eloquence of Abraham Lincoln, and the inspiring dream of Dr. Martin Luther King.

As conservatives who love the American idea, we ask our President to better understand this moment and to use it to continue to help resolve the continuing tension between our lofty American ideal and our sad legacy of racism and oppression. Donald Trump has an historic opportunity of which we know full well he is not incapable of rising to. He can use that opportunity to unite Americans in a vision of a shared commitment to liberty and equality for all people.

Christian Josi is a leading communications advisor, author, and a veteran of center-right/libertarian politics and non-profit management. He is the Founder and Managing Director of C. Josi & Company, a global communications resource firm based in Virginia Beach and Washington, and Principal of SLAYMEDIA, based in same. He has no chickens, and don't get us started on how much that bothers him. William H. Chellis, M.Div., J.D. is an attorney with a general practice in the Catskill Mountains of upstate New York.  He is also an ordained minister of the Reformed Presbyterian Church of North America.