If You Like Stagflation, You Will Love Build Back Better

Chris Talgo
|
Posted: Nov 22, 2021 10:44 AM
Share   Tweet
The opinions expressed by columnists are their own and do not necessarily represent the views of Townhall.com. 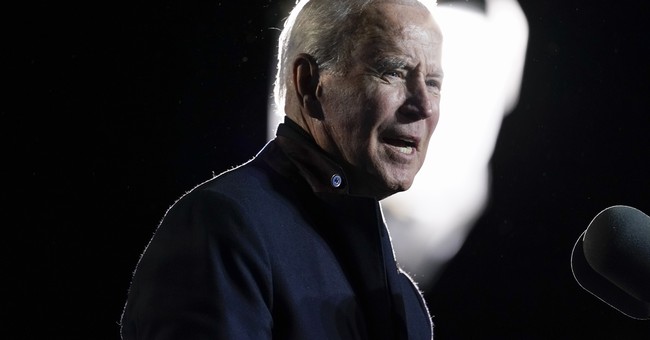 Now, the only thing standing between Build Back Better becoming the law of the land is the U.S. Senate, but more specifically, Sens. Joe Manchin (D-WV) and Kyrsten Sinema (D-AZ).

As of now, both Manchin and Sinema have expressed their misgivings about voting in favor of Build Back Better.

“By all accounts, the threat posed by record inflation to the American people is not 'transitory' and is instead getting worse," Manchin recently stated. "From the grocery store to the gas pump, Americans know the inflation tax is real and DC can no longer ignore the economic pain Americans feel every day.”

Manchin, unlike those in the Biden administration bubble, has his finger on the pulse of the American people.

Hence, Manchin is well aware that if the Build Back Better bill is signed into law by Biden, Americans should prepare for a second stretch of Jimmy Carteresque stagflation.

The likelihood that Build Back Better would usher in an unwelcome bout of stagflation is rather simple.

First, Build Back Better is projected to cost somewhere from $1.75 trillion to $5 trillion, based on the budget model used to estimate the bill’s cost.

In October, according to the Bureau of Labor Statistics, inflation rose at a 30-year high of 6.2 percent, as measured by the consumer price index.

If Build Back Better becomes law, the U.S. economy would be overwhelmed with a toxic infusion of trillions of more dollars.

This would further spike inflation by diminishing the value of existing dollars.

At what point will the federal government’s pandemic-induced spending spree end?

Build Back Better, if passed, would also reduce employment because it includes a plethora of new cash giveaway programs that will almost assuredly not incentivize Americans to return to the workforce. Even worse, if Build Back Better becomes law, it would likely drive more Americans out of the workforce because they would become eligible to receive all sorts of goodies courtesy of Uncle Sam.

At a time when the U.S. economy has nearly 11 million vacant jobs, paying people not to work is literally the last thing we should be doing. After all, the U.S. labor participation rate remains far lower than in recent history.

However, this is all lost on Democrats.

Before the House vote, Speaker Nancy Pelosi (D-CA) declared, “We have a Build Back Better bill that is historic, transformative and larger than anything we have ever done before. We are building back better. If you are a parent, senior, child, worker, American — this bill is for you.”

House Minority leader Kevin McCarthy (R-CA), on the other hand, described the bill as “the single most reckless and irresponsible spending bill in our nation’s history.”

McCarthy’s dire description of Build Back Better is much more accurate than Pelosi’s pie in the sky assessment of the bill.

Unfortunately, at this point, Pelosi and the progressives have steamrolled the bill through the House.

Chris Talgo(ctalgo@heartlan.org) is senior editor at The Heartland Institute.