Chris Talgo
|
Posted: Aug 11, 2021 12:01 AM
Share   Tweet
The opinions expressed by columnists are their own and do not necessarily represent the views of Townhall.com. 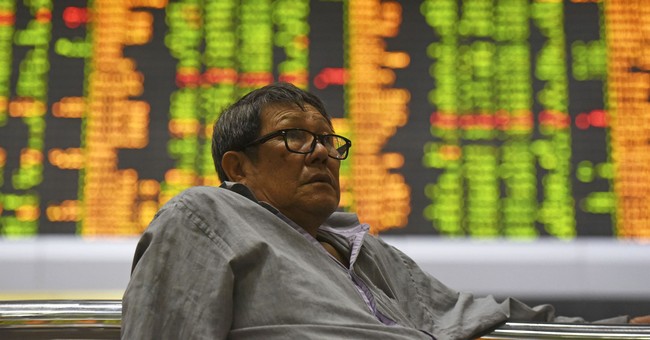 When it comes to voters’ economic concerns, inflation claims the top spot. Yet, despite this, the Democratic Party is hellbent on passing two massive spending bills that will almost assuredly make inflation worse.

According to a recent Hill-Harris X poll, 31 percent of all voters answered inflation, when asked, “When thinking about the future of the US economy, what concerns you most?”

Aside from inflation, according to the same poll, 22 percent of voters said the national debt was their number one concern.

However, the national debt is an abstract, long-term issue. Inflation, on the other hand, is concrete and affecting Americans right now.

For most Americans, inflation is already a problem.

According to several benchmarks, prices have been rising steadily for the past few months.

In other words, prices are rising and Americans are noticing. Yet, this troubling economic trend seems to not resonate with the Democratic Party.

In the past few days, the U.S. Senate, controlled by Democrats due to the vice president’s tiebreaking vote, has made it crystal clear that it plans to pass two massive spending bills.

The first bill, the so-called bipartisan “infrastructure” bill, would cost $1.2 trillion. The second bill, the budget reconciliation bill, comes in at a whopping $3.5 trillion.

Combined, the two bills, which seem a fait accompli at this point, would certainly cause inflation to spike even more than it already is. When the federal government prints/borrows almost $5 trillion (on top of the national government’s annual budget of $6 trillion), the value of the dollar declines.

What’s more, when the federal government showers the economy with $5 trillion in new spending, the costs of goods and services increases. And, unfortunately, the inflation scourge is most harmful to those on fixed incomes (like seniors) and those in the working class.

As Milton Friedman said, “Inflation is taxation without legislation.”

Yet, the inflation escalation that the Democrats’ $6 trillion spend-a-thon is basically guaranteed to spur is only half the story.

What about the fact that the $6 trillion in new spending will add prodigiously to the problem of our national debt?

Is it moral to burden future generations with paying for things that we do not need and cannot afford?

Moreover, in a few decades, the interest payments on our national debt will become the biggest single line item in the budget. In effect, we are saddling unborn Americans with our bills, which is reprehensible.

So, as Americans are voicing their concerns over rising inflation and the out-of-control national debt, our nation’s leaders (and I use that term loosely) are busy passing bills that will make both matters worse.

Does the phrase “fiddling while Rome burns” come to mind?