Chris Talgo
|
Posted: Dec 19, 2019 12:01 AM
Share   Tweet
The opinions expressed by columnists are their own and do not necessarily represent the views of Townhall.com. 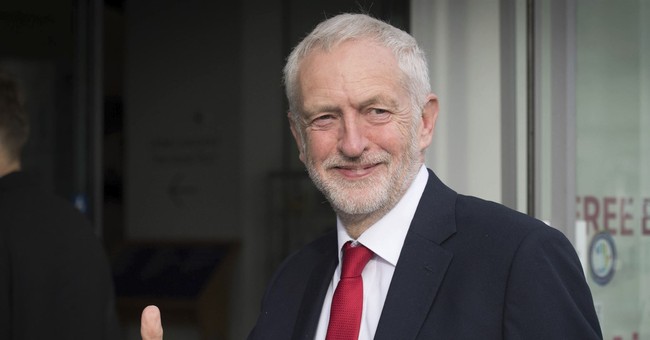 On December 12, 2019 British voters sent a crystal-clear message that sent shockwaves through the political world: They want freedom (in the form of Brexit) and they do not want socialism (in the form of Jeremy Corbyn).

How else can one explain the landslide victory for Prime Minister Boris Johnson’s pro-Brexit, anti-socialist Conservative Party, which won 43.6 percent of the vote—the highest percentage by any British political party since 1979?

Adding insult to injury, the Conservatives won a net gain of 48 seats in Britain’s House of Commons while Corbyn’s anti-Brexit, pro-socialist Labour Party suffered a humiliating defeat. The Labour Party lost 60 seats and received only 32 percent of the vote, down from 40 percent in 2017.

The overwhelming victory for Johnson and his Conservative Party means Britons want to reclaim their sovereignty from the clutches of the European Union (EU). For more than three years, Britain has been unable to disentangle itself from the EU, even though the British people voted in favor of this via a simple, straightforward referendum on June 23, 2016.

The most recent British election comes after a series of parliamentary procedures intended to circumvent the will of the people and maintain British ties to the EU. It seems Britain’s political swamp is even murkier than America’s—maybe the Loch Ness Monster has relocated to the British Parliament.

The stunning results from Britain’s national election leave absolutely no doubt the British people want to sever ties with the EU’s army of bureaucrats stationed in Brussels, Belgium. Over the years, the EU has devolved into an overregulating anchor that weighs down its member countries’ economies with outrageous and pointless edicts. For example, the EU micromanages everything, even the shape of bananas it deems allowable for human consumption.

The EU has morphed into a centralized, overbearing, freedom-squelching behemoth, and the majority of British citizens are sick and tired of adhering to its worthless, counterproductive rules and bylaws.

However, the anti-EU sentiment was only one aspect of this historic election. Another, possibly more significant element, was whether Great Britain would remain a mostly free-market economy or if it would dabble again with socialism. On this note, the British people spoke loudly and clearly, giving a giant “no thanks” to the socialism platform espoused by Corbyn and the Labour Party.

The Conservatives and Labourers could not be more apart on kitchen-table issues. The Conservatives ran on a commonsense platform of not raising taxes, keeping spending modest, and maintaining private sector ownership of most economic sectors.

The Labour Party, on the other hand, ran on a platform of big tax hikes, huge spending increases, and the nationalization of several industries, including the railroads, Royal Mail, sewage, and water systems.

For most Britons, the Labour Party’s policy agenda harkened back to the dark days of post-WWII Great Britain, when socialism was all the rage and the economy tanked. Eventually, this dalliance with socialism led to the resurgence of British free-market economics under the leadership of Margaret Thatcher. This coincided with the same phenomenon in the United States, albeit from President Jimmy Carter’s failed economic policies to the economic renaissance ushered in during the free-market heyday of President Ronald Reagan.

And this is where the story comes full circle. In 2016, many political experts drew a straight line between the anti-EU, pro-Brexit revolution and the anti-globalist, pro-America policies espoused by then-candidate Donald Trump.

If the 2016 British vote to jump from the sinking EU ship was a canary in the coal mine for the election of Donald Trump later that year, what should we make of the recent British vote to double-down on leaving the EU and rejecting socialism?

Well, those who support liberty and free-market capitalism should be very optimistic for the years ahead.