A Time to Speak 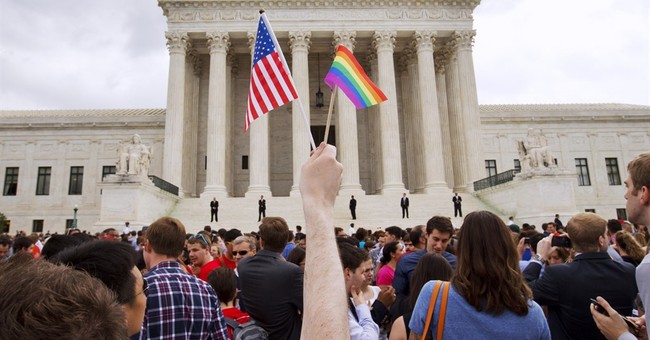 The rulings of the Supreme Court on Obamacare and marriage were a case study in moral relativism and what the world looks like when it ignores moral absolutes. Relativism gives us a court that on Thursday changes the plain meaning of the word “State”, and then on Friday in a dissent, laments the changing of the definition of the word marriage. I suppose that the decision proved one thing quite clearly. In addition to the knowledge that at least five members of the court are hopelessly liberal and that their liberalism will always override their patriotism and their jurisprudence, we now have confirmation that this court will toss aside precedent as well as the rule of law whenever it suits them.

Of course the flowery “hippie” words of Kennedy to try and soften the gut punch to religious freedom and the first amendment is vapid at best. It will be blown away like pixie dust by gay lobby lawyers in the near future. I predict churches will be attacked in courts before year-end (Christian charities and colleges will be assaulted long before that). In his dissent Scalia called the five justices in the majority “self-appointed rulers”. Can we trust these relativistic rulers to stand in the way when Christian pastors are jailed for so-called civil rights violations?

It would seem that his is an excellent time for the church to stand up for itself. Yet at least half the articles I read over the weekend as well as a full fifty percent of the conversations I have had with Pastors indicate that much of the church thinks we should bow out of this “losing argument”. I couldn’t disagree more. The argument has been a losing one precisely because so much of the church refused to take a stand or to act. I would posit that 60% of congregants in all denominations didn’t even know the issue was before the Supreme Court until the ruling came down.

Another argument I heard often this weekend is that this is the church’s just desserts for allowing itself to become embroiled in politics in the first place. We the church should be focused only on helping the poor one blogger wrote. When I suggested to a pastor friend that the church boycott one of the corporations that chose to gloat with a rainbow clad logo over the weekend, I was chastened. “It is not Christ-like to engage in ‘economic strong arming’” he said. Instead, I was told that God is sovereign therefore we should pray, and love our enemies, and set a positive example. Amen and Amen. Yes, God is most emphatically sovereign, and we MUST pray and do all of those other things with a greater fervor than ever before. That being said, why must those things and taking action in the political realm be mutually exclusive? Allow me an analogy.

On D-Day, I am certain that soldiers prayed fervently before the gates of the landing craft came down. Yet once the gate was lowered and they suddenly found themselves out on a cold beach under withering machine gun fire, what would God have had them to do? Would he have had them throw down their arms, drop to their knees and pray that the sovereign God remove the Germans from before them? Or would he have had them use the training, valor, and weapons at their disposal to act?

Yes, God is sovereign, and as Acts 17:26 says it is He who determines the boundaries of our habitations. So in His sovereignty, God has placed us at a time such as this in a Federalist Republic (or at least what is left of one). I posit to you that it is incumbent upon us to wake up and seize the weapons we have been given at the cost of countless amounts of American blood and treasure on beaches like Omaha. (Authors note: This is a weapon analogy but I do not mean actual guns or weapons. I mean weapons like the right to vote, the right to demand a constitutional amendment, the right to be involved in campaigns and yes…the right to boycott.)

This is absolutely a time to pray. It is a time to love our neighbors and our families like never before. It is a chance to communicate the Gospel in ways that may not have been available a week ago. And it is also time to act with great boldness. If we’ve learned anything these past few days it’s that a small portion of those who believe in traditional marriage and a handful of conservative congressmen won’t get it done. We need the church and those who believe in traditional values united on this one in a way that we haven’t seen since the 1770s. If that happens, this ruling will be nothing more than a bad memory.