America Has A Boy Crisis

Chris Salcedo
|
Posted: Dec 20, 2018 11:48 AM
Share   Tweet
The opinions expressed by columnists are their own and do not necessarily represent the views of Townhall.com. 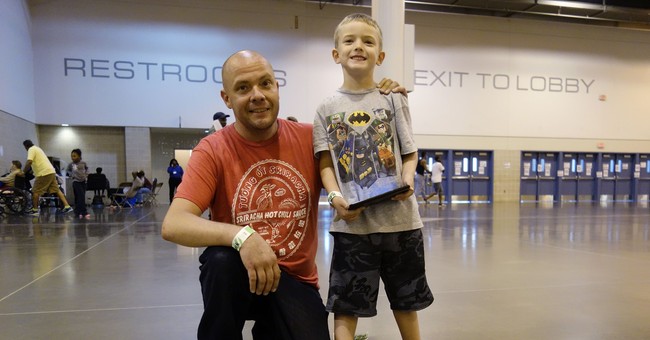 The Boy Crisis, by Drs. Warren Farrell and John Gray (BenBella, March, 2018), is not your typical self-help book. The five chapters by Dr. Gray (of Mars/Venus fame) are a well-written, in depth analysis of the four faces of ADHD, its many causes, and both natural solutions and supplements for enhanced brain performance.

The 27 chapters written by Dr. Farrell are eloquently written. Yet they are also rife with fascinating, little-known information that is documented with about a thousand footnotes. Farrell empowers parents with identifying the symptoms of the boy crisis, pinpointing its underlying causes, and offering practical, everyday solutions for families, schools and policy-makers.

For example, did you know that roughhousing contributes to children developing empathy? When I thought about it, this made total sense. It was I at age eight, four years senior to my sister, who thought it was a great idea to launch her from my feet simulating a catapult. Surely this act of roughhousing would have won accolades from my parents if I hadn’t broken her little arm. Dr. Farrell explains the ensuing empathy from a big-brother-Salcedo.

Farrell also explains how dads typically use roughhousing to help children develop “emotional intelligence under fire,” and how that in turn perfects their children’s ability to be assertive without being aggressive.

No sooner did I experience a few of those “Eureka” moments than I realized that Dr. Farrell had merely laid the foundation on which he built a whole new paradigm. In the case of roughhousing, it’s not too hard to see that the father-child excitement creates a father-child bond. But then Farrell helps us see dad’s tendency to use that bond as leverage to enforce boundaries. From there he explains why enforced boundaries are a prerequisite to postponed gratification, and then how postponed gratification is one of best predictors of success.

And that’s just one of about seven differences between dad-style and mom-style parenting. Dr. Farrell says parenting magazines don’t address the specifics of a dad’s contributions. The result? Dads don’t know what they do naturally that leads to children with dads benefitting as much as they do. Thus dads can’t say what dads don’t know, and, as Farrell puts it, “moms can’t hear what dads don’t say.” But Farrell does not advocate for dad-style parenting in isolation. He calls for moms and dads to learn “checks-and-balance parenting” in order for children to achieve optimal success.

As mentioned, The Boy Crisis is not your typical self-help book. Once Dr. Farrell explains how “boys who hurt, hurt us,” he gives us concrete calculations as to how “the absence of dad creates the presence of government.” For example, Farrell documents how almost all the mass shootings are done by boys who are dad-deprived; how almost all the ISIS recruits are either dad-deprived boys or girls; how women have thousands of women’s centers, but men’s centers are called prisons—with about 90% of the boys and men being dad-deprived.

Perhaps the most potent part of The Boy Crisis relates to solutions every parent can use. For example, if children with significant father involvement do so much better, how can every family involve dad, and if that’s impossible, solicit other father figures? He helps every mom with a step-dad to navigate the best possible integration of the step-dad. As the son of a divorced family, with a step-dad who typified the Brad Paisley country song about a man who was,“ the dad that he didn't have to be,” this section hit home.