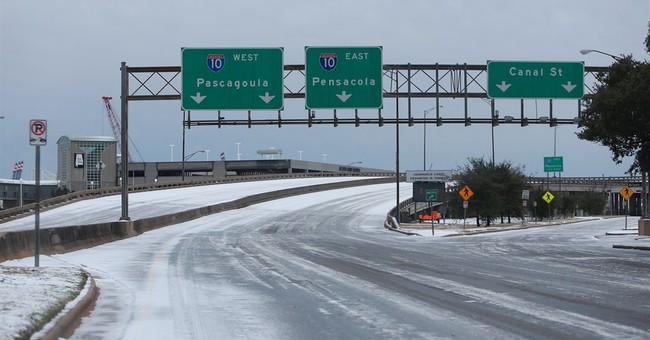 Oh dear, yet another scare story about falling-down bridges. A Washington Post headline today in the hardcopy is “63,000 Bridges Structurally Deficient, U.S. Says.”

The Federal Highway Administration (FHWA) has released its annual data on bridge conditions, and indeed the data show that 63,522 bridges were “structurally deficient” in 2013. That sounds like a lot, but it is out of 607,751 total U.S. bridges. The chart clearly shows good news on the bridge front, but many reporters focus on the bad news angle favored by construction lobby groups.

The WaPo story reflects lobbyist pleas that the states need the federal government to fix their bridges. But why? If Pennsylvania has “the nation’s worst problem,” then the Pennsylvania legislature should find a solution—either reprioritize the state budget, start privatizing bridges, charge bridge tolls, or find other funding sources. No need to look to Washington. Uncle Sam is not Santa Claus.