Chris Chmielenski
|
Posted: Mar 13, 2019 12:01 AM
Share   Tweet
The opinions expressed by columnists are their own and do not necessarily represent the views of Townhall.com. 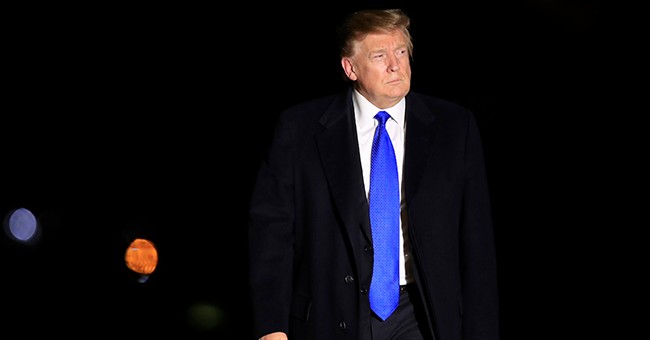 Jared Kushner, White House Senior Advisor and President Trump’s son-in-law, has been negotiating behind the scenes in recent weeks to revise the legal immigration system with a goal toward increasing the number of employment-based visas. Last year, the Trump administration approved a 15,000 increase to the existing 66,000 annual H-2B low-skilled visa cap, portending this year’s willingness to issue more unnecessary guest worker visas.

Many of Kushner’s meetings have been held with special interest groups, including big business lobbyists like the Chamber of Commerce, that historically favor higher immigration levels. Advocates for more employment-based visas claim that an acute labor shortage requires more foreign-born workers. But, because tight labor markets lead to higher wages, shortages are good for the American workers who President Trump promised to put first.

A Wall Street Journal story reported that labor’s domestic income share has declined steadily since 1970, and is just in the early stages of crawling out of lows last seen when the country was recovering from the Great Depression. Data from the Bureau of Economic Analysis showed that in last year’s third quarter, as a percentage of gross domestic income, employee salaries and benefits fell to 52.7%, down from 59% in 1970 and 57% in 2001. The WSJ calculated that if today’s workers were earning at the 2001 rate, they would have amassed more than $800 billion or $5,100 per employed American. Increasing the guest worker flow guarantees that American wages will remain flat.

Although White House talks are in the early stages, and immigration accords are always difficult to achieve, the preliminary discussions failed to include the obvious: the more available workers, the further depressed wages become. U.S. wages have been stagnant for decades, in part because of the downward pressure on income created by more than 1 million new, work-authorized lawful permanent residents and between 750,000 and 1 million guest workers each year.

In 2016, the Congressional Research Service found that “employment-based admission has more than doubled from just over 400,000 in fiscal year 1994 to over 1 million in FY 2014.” Many temporary programs, CRS notes, “are not subject to any labor market tests,” meaning whether or not the economy needs guest workers, they’re coming. The perception that most guest workers are blue collar or agricultural laborers is false. More than 50 percent of all guest workers are white-collar professionals.

The special interests asking for more employment-based visas whose holders displace American workers or deny jobs to unemployed or under-employed Americans are lobbying President Trump to make a dramatic and disappointing shift away from the campaign vows that got him elected, and statements he made as recently as 2017 during his address to Congress. Two years ago, President Trump said that the “current, outdated system depresses wages for our poorest workers…” and added that “switching away from this current system of lower-skilled immigration…will raise workers’ wages….”

Because the White House appears on the verge of a policy shift that ignores the adverse effects more employment-based visas have on working-class Americans, and because President Trump has made so many statements during the last weeks indicating that he wants more immigration, working class Americans feel betrayed and abandoned.

Millions of working-age Americans are still detached from the labor force. President Trump’s obligation is to get as many of them as possible employed. Achieving that goal will be easier if they don’t have to face job competition from overseas workers. In past years, some businesses that bemoaned a low-skilled worker shortage hired Americans. Tourist-dependent Martha’s Vineyard and Bar Harbor, Maine, among others, signed on eager-to-work locals.

The proven and permanent solution to labor shortages is not to import more overseas labor as the White House is urging, but to raise wages until American workers sign on, a solution that President Trump once endorsed and hopefully has not forgotten.