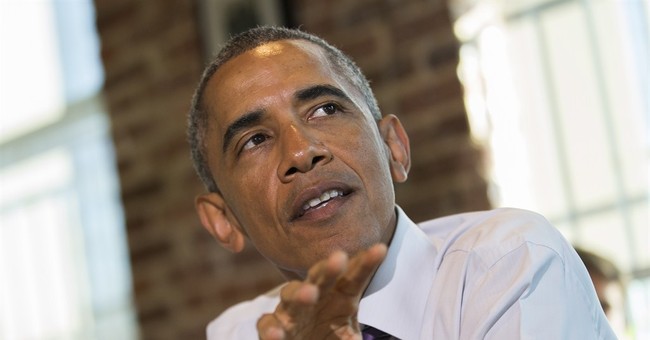 Newly announced EPA regulations targeting methane leakage are another part of President Obama’s "Climate Action Plan," which more properly would be termed his “Climate Inaction Plan.” The truth is, these new regulations will accomplish very little.

First of all, what is the breathless urgency here? The world is clearly not warming up as much as was forecast, this despite 2014 coming in as one of the warmest years ever recorded by the earth’s scattered network of surface thermometers. In fact, during the past 18 years the earth’s surface temperature has barely ticked up at all—rising at a rate some three time less than climate model projections. All the while the “worse than expected” claims attached to all manner of severe weather are being replaced by hard observations showing that “this isn’t so bad after all.”

That climate change will continue to be underwhelming and manageable is further supported by the growing body of scientific evidence that the Earth’s surface temperature is considerably less sensitive to the build-up of greenhouse gas concentrations in the atmosphere than advertised by the U.N.’s Intergovernmental Panel on Climate Change, the U.S. Global Change Research Program and which is encapsulated in the President’s executive actions on climate change.

Which brings us back to methane. According to the White House, the EPA is going to propose a new set of regulations aimed at reducing its emissions from the oil and gas sector by 40-45 percent by 2025, in the name cutting down on “wasted energy” and “addressing climate change” to “help ensure a cleaner, more stable environment for future generations.”

Time to apply a little math to these propositions.

Methane emissions from oil and gas operations have been on the decline thanks to new and improved technologies that reduce methane leakage during drilling, pumping, and processing operations. Methane emissions from this sector have dropped more than 10 percent since 2008. The president is correct about this being “wasted energy”—because methane is in fact a natural gas, so it makes sense for the industry to try and capture more and more of what they sell.

Why do we need to force industry to do what it wants to do anyway?

On the environmental side, we’re sold the canard that methane is about 25 times more efficient than carbon dioxide at enhancing the greenhouse effect on a molecule-by-molecule basis. Sounds like a big deal, no?

It’s not. Carbon dioxide is measured in parts per million, methane in parts per billion. The difference between a million and a billion is 1000 million, making methane’s allegedly more drastic effects inconsequential. Oil and gas methane comprises only about 3 percent of the total greenhouse effect changes coming from all US emissions.

So what would the President’s proposed regulations do for global temperature?

Using the EPA’s own policy model, it’s easy to show that if the U.S. now and forever ceased emissions of all greenhouse gases, the amount of global warming that would be avoided would be about 0.15°C by the end of this century. Multiplying through the fact that the new regulations will reduce methane contribution from 3 percent down to 1.5 percent of this total, you can easily see that they will avert a whopping 0.002°C of global warming by century’s end.

There’s actually only one real reason for their announcement: to give the appearance of burnishing President Obama’s climate change legacy and increasing his leverage during the year-end United Nations climate talks in Paris aimed at producing a “legally binding” international treaty limiting greenhouse gas emissions—a treaty which is not in our best interests and one which is most certainly destined to fail.