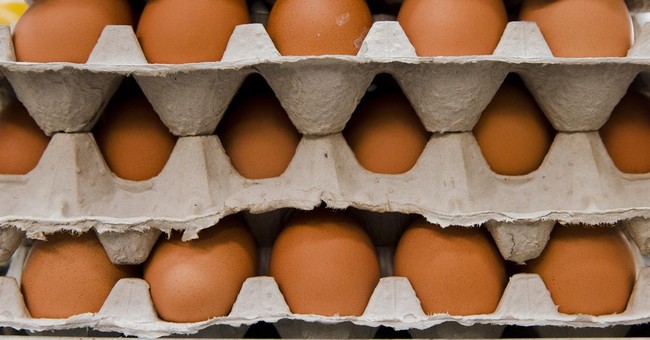 President Obama has taken to having sit down lunches with people who write him letters. I wonder if I could get a free burger from POTUS if I wrote him a heartfelt letter about my “too damn high” grocery bills. A free burger certainly would not come amiss in times such as these.

While Washington indulges in high-toned debates over exactly when inflation officially sets in, POTUS and other elected officials need to know the realities the rest of us face as we push our grocery carts up and down the aisles of our neighborhood supermarkets. Their lives have become as different from ours as the inhabitants of the wealthy “Capital City” in the popular “Hunger Games” novels.

But instead of competing against each other like the fictional “tributes” of the 12 districts, our challenge in the U.S. today is simply making ends meet. Lawmakers in the Capital City seem unconcerned: Apparently, worrying about what it costs to buy groceries is for little people.

A recent Wall Street Journal report on Washington’s approach to the “sensitive question” of what constitutes inflation let the cat out of the bag: “Central Bank Officials Sometimes Look Past Food-Cost Increases.”

Most of us don’t have the luxury of blithely looking past food-cost increases. We know from everyday experience that unless we have factored in the new reality of eating in America and are careful and calculate every item as we go, we are likely in for a big shock at the checkout counter.

But many VIPs in Washington don’t feel the pain: Most government officials live high on the hog (pork prices are estimated to rise by 10 or 11 percent this year—but no matter to them). They simply don’t see the reality that people outside Washington live with daily. Because tribute money—excuse me, tax revenue—pours into the District of Columbia from the rest of the nation, Washington residents, especially those whose incomes are mostly derived from the presence of the government, live in a constant boom economy.

If you walk down, say, Connecticut Avenue in Washington, you are more likely to see new businesses sprouting than the shuttered storefronts you would see elsewhere in the country. In a long ago time, Washington was a small town because government was smaller. A liberal friend of mine commented on the prosperity of Washington, naively unaware that Washington lives the way it does because the rest of the nation sends its money. And because the lobbyists, elected officials and bureaucrats live relatively gilded lives, the problems of ordinary Americans are abstractions to them.

Washington talks about “income inequality,” but they never mention the unequal economies of DC and the rest of the nation. Inflation exacerbates inequality, because the smaller your household budget, the more of it you must dedicate to the necessities: groceries, gas, or rent. As economist Chris Christopher of IHS Global Insight told USA Today, “Living standards will suffer as a larger percentage of household budgets are spent on grocery store bills, leaving less for discretionary spending.” And according to a recent Gallup survey, the rising cost of energy and groceries are the number one and two economic worries of most Americans.

But not in Washington: Our politicians have found a way to not talk about inflation, lest it frighten the public, who already know about it but give it a less fancy name: big grocery bills. Fox Business Network recently reported that “while inflation has been rising at an annual rate of just 2.1 percent, actual food prices have risen dramatically over the last year. We feel it at the checkout counter!

Egg prices are up 10 percent, while bringing home the bacon now costs 14 percent more than it did a year ago. First Lady Michelle Obama is an advocate of eating more fresh fruits. Fat chance: the cost of fresh fruit has soared to around 22 percent since last year.

The USDA predicts that wholesale beef prices will jump by 8 to 10 percent this year, Pork prices are expected to rise by 10 to 11 percent, so don’t think you can get back to normal expenditures by buying more of the other white meat.

There’s a debate about what’s causing food prices to rise: Some blame drought, which certainly is relevant but not the whole story. But the out-of-touch inhabitants of DC must acknowledge government’s role in this: tariffs, subsidies, regulations, and labeling requirements all contribute to our rising food prices.

Sadly, we can’t count on Washington’s political class to address rising food prices when they don’t even acknowledge (or many even notice) what our grocery bills are like in the lowly districts outside of the well-to-do Capital City.