Charles Sauer
|
Posted: Nov 30, 2018 10:32 AM
Share   Tweet
The opinions expressed by columnists are their own and do not necessarily represent the views of Townhall.com. 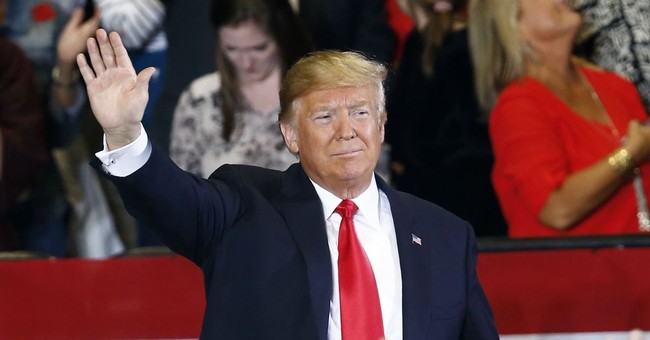 There is a lot of support behind President Trump. He pushes popular issues – he seems to do this without regard for party affiliation or how shrill the opposition will be. And no issue makes that more clear than his support of coal.

Helping the coal industry was a seminal promise from upstart presidential candidate Trump. It helped him secure some union voters that the left felt they were entitled to and helped him win the election. It was an amazing move that Hillary Clinton didn’t predict – or adjust to – and still hasn’t really admitted to falling victim to. So, justifiably, one of President Trump’s first moves as president was to remove regulations that were hurting the coal industry and keeping them from competing on an even playing field. While many on the left went ballistic, getting the government out of picking winners and losers is almost always a good thing. It eliminates market distortions and makes markets more efficient.

But, if we fast forward to late 2018, is President Trump going too far? Is he trying to buy re-election with taxpayer money? Or, as I hope is the case – maybe he is just ill-informed on the issue.

In early 2018 President Trump gave Energy Secretary Rick Perry the order to artificially bolster the coal industry with a taxpayer funded multi-billion dollar bailout. This was a terrible idea. It introduced a new distortion into the energy market. And, the worst part is that a bailout doesn’t really help the coal industry. A bailout never really helps any industry. Markets work because free and open markets give businesses signals – sticks and carrots (lose money vs. make money). If you take the stick away, then the system starts to break down.

And, anticipating he would receive at least some criticism for the bailout, Trump did what some Republicans tend to do when they advocate for a policy that runs counter to conservative virtue – he found a national security rationale to justify his policy. This time the claim was that coal power plants are “more secure” in the face of cyber threats than other energy producers and are thus critical to our national security.

President Trump didn’t stop with the claim – his administration has suggested that emergency authority be employed. Bloomberg reported on this new plan in early June:

“The Energy Department would exercise emergency authority under a pair of federal laws to direct the operators to purchase electricity or electric generation capacity from at-risk facilities, according to a memo obtained by Bloomberg News. The agency also is making plans to establish a "Strategic Electric Generation Reserve" with the aim of promoting the national defense and maximizing domestic energy supplies.”

Cybersecurity is definitely a complex issue. According to a recent study by the American Petroleum Institute, cyberattacks targeting U.S. energy infrastructure are on the rise. The number of reported incidents directed at critical infrastructure rose from 2014 to 2016. Of the reported incidents, roughly 20 percent targeted the energy sector.   And, they are taking action to combat this threat. In particular, oil and natural gas producers seem to be working both internally, and with government, to strengthen their defenses through public-private collaboration, existing cybersecurity frameworks, and information sharing.

The government’s role, if any, should focus on ensuring that energy companies have enough flexibility to adapt to the ever-changing threats that they face.

Sadly, the president doesn’t seem poised to do that. Taking a critical industry with an important infrastructure and pitting the players against each other with government subsidies and costly mandates isn’t a recipe for success. Hopefully, President Trump will remember the free-market tenets that helped get him elected, specifically less government intrusion, instead of clumsy taxpayer subsidies. I am not sure, but with 2020 quickly approaching, I hope that he chooses the free market quickly, because he has already done for coal what needed to be done – he got the government out of the way.

If he doesn’t right these anti-market proposals he might be vulnerable to charges that he isn’t making America Great, but instead is distributing taxpayer money for political gain.