Why Obamacare is Sinking 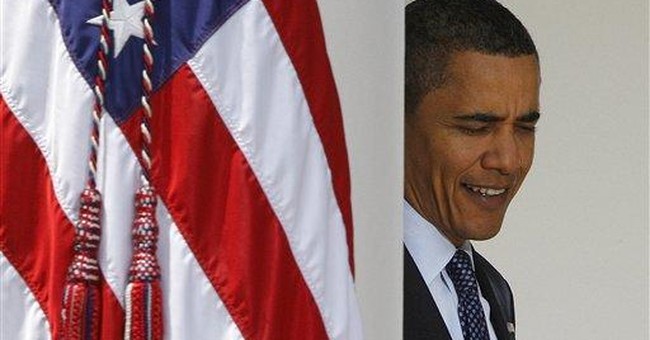 WASHINGTON -- What happened to Obamacare? Rhetoric met reality. As both candidate and president, the master rhetorician could conjure a world in which he bestows upon you health care nirvana: more coverage, less cost.

But you can't fake it in legislation. Once you commit your fantasies to words and numbers, the Congressional Budget Office comes along and declares that the emperor has no clothes.

President Obama premised the need for reform on the claim that medical costs are destroying the economy. True. But now we learn -- surprise! -- that universal coverage increases costs. The congressional Democrats' health care plans, says the CBO, increase costs in the range of $1 trillion plus.

In response, the president retreated to a demand that any bill he sign be revenue neutral. But that's classic misdirection: If the fierce urgency of health care reform is to radically reduce costs that are producing budget-destroying deficits, revenue neutrality (by definition) leaves us on precisely the same path to insolvency that Obama himself declares unsustainable.

The Democratic proposals are worse still. Because they do increase costs, revenue neutrality means countervailing tax increases. It's not just that it is crazily anti-stimulatory to saddle a deeply depressed economy with an income tax surcharge that falls squarely on small business and the investor class. It's that health care reform ends up diverting for its own purposes a source of revenue that might otherwise be used to close the yawning structural budget deficit that is such a threat to the economy and to the dollar.

These blindingly obvious contradictions are why the Democratic health plans are collapsing under their own weight -- at the hands of Democrats. It's Max Baucus, Democratic chairman of the Senate Finance Committee, who called Obama unhelpful for ruling out taxing employer-provided health insurance as a way to pay for expanded coverage. It's the Blue Dog Democrats in the House who wince at skyrocketing health-reform costs just weeks after having swallowed hemlock for Obama on a ruinous cap-and-trade carbon tax.

The president is therefore understandably eager to make this a contest between progressive Democrats and reactionary Republicans. He seized on Republican Sen. Jim DeMint's comment that stopping Obama on health care would break his presidency to protest, with perfect disingenuousness, that "this isn't about me. This isn't about politics."

It's all about him. Health care is his signature reform. And he knows that if he produces nothing, he forfeits the mystique that both propelled him to the presidency and has sustained him through a difficult first six months. Which is why Obama's red lines are constantly shifting. Universal coverage? Maybe not. No middle-class tax hit? Well, perhaps, but only if they don't "primarily" bear the burden. Because it's about him, Obama is quite prepared to sign anything as long as it is titled "health care reform."

This is not about politics? Then why is it, to take but the most egregious example, that in this grand health care debate we hear not a word about one of the worst sources of waste in American medicine: the insane cost and arbitrary rewards of our malpractice system?

When a neurosurgeon pays $200,000 a year for malpractice insurance before he even turns on the light in his office or hires his first nurse, who do you think pays? Patients, in higher doctor fees to cover the insurance.

And with jackpot justice that awards one claimant zillions while others get nothing -- and one-third of everything goes to the lawyers -- where do you think that money comes from? The insurance companies, who then pass it on to you in higher premiums.

But the greatest waste is the hidden cost of defensive medicine: tests and procedures that doctors order for no good reason other than to protect themselves from lawsuit. Every doctor knows, as I did when I practiced years ago, how much unnecessary medical cost is incurred with an eye not on medicine but on the law.

Tort reform would yield tens of billions in savings. Yet you cannot find it in the Democratic bills. And Obama breathed not a word about it in the full hour of his health care news conference. Why? No mystery. The Democrats are parasitically dependent on huge donations from trial lawyers.

Didn't Obama promise a new politics that puts people over special interests? Sure. And now he promises expanded, portable, secure, higher-quality medical care -- at lower cost! The only thing he hasn't promised is to extirpate evil from the human heart. That legislation will be introduced next week.