Chad Banghart
|
Posted: Mar 04, 2021 12:01 AM
Share   Tweet
The opinions expressed by columnists are their own and do not necessarily represent the views of Townhall.com. 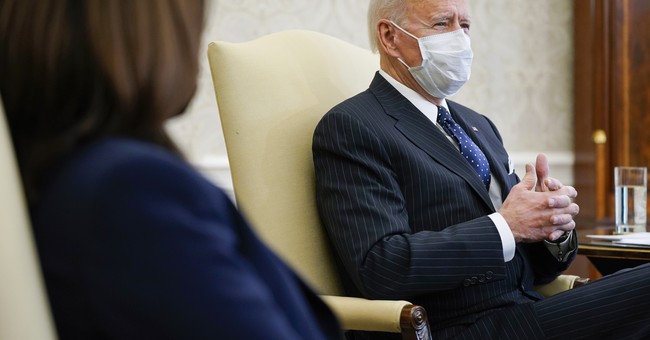 What is the current state of the left-leaning mainstream media? Crisis, unprecedented crisis.

But the Trump phenomenon only explains the media woes in part. After years of creating anti-Trump news cycles and stirring up faux-controversies to undermine the “America First” agenda, the liberal media has run into a trust issue. Faced with blatant bias in reporting, more Americans than ever before are tuning out from traditional news and seeking alternative sources of information.

Disillusionment can be found on both sides of the political aisle. According to a new Edelman report, only 46 percent of Americans trust the traditional media—down from 59 percent in 2019. Media bias is a key factor in America’s distrust: Nearly 60 percent of Americans believe that journalists are “purposely trying to mislead people,” with most news outlets seen as more concerned with “supporting an ideology or political position than with informing the public.”

Can you blame them? Since Inauguration Day, left-leaning news outlets have repeatedly treated the Biden administration with kid gloves. Just a few short weeks ago, Americans were fed dozens of hard-hitting headlines about President Biden playing Mario Kart at Camp David. Before that, Americans were given feature stories about the Bidens’ two dogs, now living in the White House. Also breaking news: The dogs reportedly enjoy snow days. Their owner seems to enjoy them too, as he has repeatedly postponed key meetings due to minor weather events. Two inches of snow is now apparently too dangerous for America’s most powerful man.

Then there’s Vice President Kamala Harris, whose “best style moments” are routinely covered by a fawning press. As Town & Country Magazine put it, “Yes, we should talk about Kamala Harris’ fashion—she wants us to.” Even The Guardian chimed in from overseas, claiming “Kamala Harris made wearing pearls cool.”

All of this, in the middle of a global pandemic. Somewhere, First Lady Melania Trump—one of the White House’s classiest and most beautiful residents in recent decades—rolls her eyes.

Liberal media bias also shines through in what isn’t written. After the Wall Street Journal recently discovered that the Iranian government has begun producing uranium metal, in violation of the 2015 Iran deal, there was no media outrage. President Biden, a key backer of the Iran deal, faced no heat. He was not forced to comment in a White House press briefing.

When the Biden administration was revealed to be housing migrant teens in containers, was that immigration policy shoved under the microscope? Was he crucified by the liberal media for mishandling the immigration crisis, accusations that President Trump faced all four years? Of course not.

President Biden escapes every potential hot seat, as does his scandal-ridden son, Hunter. At the same time, the liberal media is all too eager to accept White House Press Secretary Jen Psaki’s non-answers on the Cuomo scandal, despite the New York governor’s tragic, unacceptable decision to relocate the COVID-infected elderly into high-risk nursing homes. Thousands of lives were lost, yet activist-journalists care more about Psaki’s celebrity fans.

This matters all the more because Psaki’s boss has exhibited an unprecedented inability or unwillingness to speak with journalists himself (without a teleprompter), shining the spotlight on a press secretary unprepared for the job. Fortunately for Psaki, she has only lobbed softball questions.

As Republicans are urged to “unify” by those who loathe them, the mainstream media continues to divide us. We can never find true unity when journalists openly pick one side over the other, glorifying some Americans and alienating others based on their political persuasions.

Until journalism returns to fairness and objectivity, America will remain divided. And Americans will keep losing trust in the “news” business.

Chad Banghart serves as executive director of the anti-Biden Committee to Defeat the President.