Last Tuesday’s Election Was All About Nullification 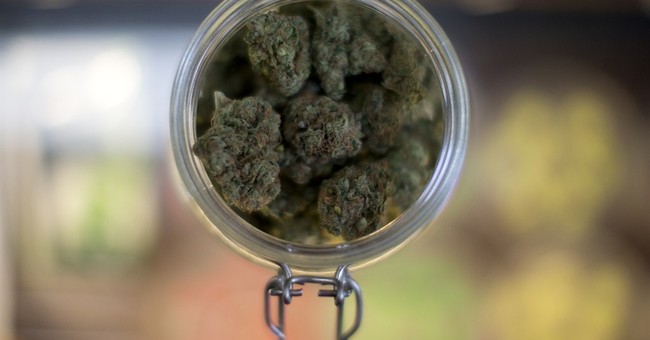 While last Tuesday’s Senate results have stolen the electoral spotlight over the past few days, an even bigger shift in government power is happening in the states. Three states and the District of Columbia have passed ballot initiatives that push back against federal law, drawing attention once again to the hotbed issue of nullification. The success of each initiative, however, will likely vary widely on the popularity and consequences of each policy.

Perhaps the most visible pushback against federal law is the marijuana legalization initiatives that passed in Alaska, Oregon, and the District of Columbia. Marijuana legalization is nothing new, with 23 states allowing for either medical or recreational usage of the drug. However, it still contradicts federal law. Marijuana remains a Schedule I drug under the Drug Enforcement Agency’s classification, and the bureau continues to raid dispensaries and grow sites in the states. In fact, over 35 million pot plants have been eradicated by the federal government since President Obama took office, surpassing the number of raids conducted by President George W. Bush.

Nevertheless, the future looks bright for Americans looking to toke up in the nation’s capital or the Pacific Northwest. Despite the blatant violation of federal law, the Department of Justice released a memo last year assuring states that they would not interfere with their regulatory regimes of the substance in the wake of Colorado and Washington’s legalization, paving the way for a relatively smooth transition to legalization for Alaska and Oregon. The only exception may be with DC, whose laws can be overridden by Congress being under federal jurisdiction. With Republicans soon taking power of the legislative branch, it will be interesting to see if there are any drug warriors willing to make DC’s legalization an issue.

Although technically still a de facto nullification effort, marijuana legalization is nothing new or revolutionary. Two initiatives that passed on Tuesday in Arizona, however, are much of both.

First, Proposition 303 will give terminally ill patients who have exhausted all other options access to investigational drugs that have not yet received full government approval. The Food and Drug Administration (FDA) is notorious for its slow process of approving pharmaceuticals, holding up potentially life-saving drugs in its bureaucracy for years while sick people wait to die. Although it does have a program aimed at giving terminally ill patients access to investigational new drugs (INDs), the chances of having an application approved are virtually nil. As the Goldwater Institute points out, only 44 IND applications were approved from 1987 to 2002; that’s an average of merely three per year.

Fortunately, things may change with Arizona’s approval of Prop 303 on Tuesday, joining the likes of Colorado, Louisiana, Missouri, and Michigan, who have each passed the law in their legislature. The new constitutional amendment’s implementation, however, is still uncertain, as the FDA has refused to comment on the laws. Let’s hope for the sake of America’s health that this compassionate act of nullification continues to proceed unchallenged.

Finally, and most controversially, Proposition 122 will allow Arizona’s state government to opt out of federal programs or regulations that voters of the state legislature deem unconstitutional. While marijuana legalization and the Right to Try doubtlessly skirt around federal law, neither are as direct in their nullification are Prop 122. The initiative’s authors already have their sights set on ignoring several federal laws on their website, including childcare provisions, ObamaCare regulations, and Environmental Protection Agency charges.

While Prop 122’s intentions may be good, there is little doubt that the initiative is a major lawsuit waiting to happen. Marijuana legalization and the Right to Try are both wildly popular initiatives that the federal government would have a major public relations problem challenging. Direct nullification of health care laws, however, is probably a step too far and probably unnecessary in the first place.

As Arizona State University professor Paul Bender points out, the state government voluntarily adopts funds from the federal government, thereby consenting to most regulatory oversight from Washington. For example, Arizona could have rejected ObamaCare’s expansion of Medicaid by not accepting the funds it was offering: "If you're worried that taking this federal money is going to cost you money, don't take it. You don't need this (Proposition 122) to tell you, you don't have to do that.”

In short, the implications of 2014’s “nullification election” are yet to be seen. Although the future looks bright for marijuana legalization and the Right to Try, Prop 122 may have yet again given nullification a dirty name.