What Facebook “Likes” Reveal About Your GOP Candidate’s Chances 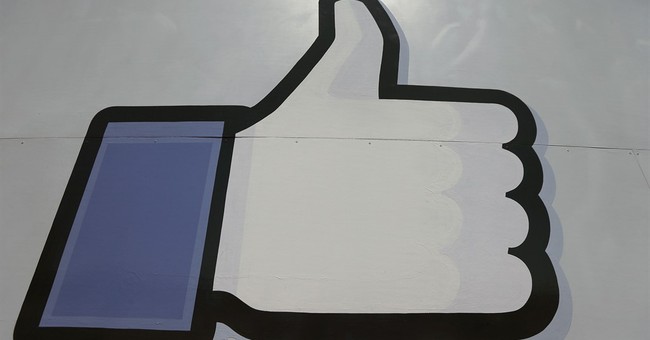 After left-wing media went crazy over Dr. Ben Carson's comments about whether or not he'd vote for a Muslim president a few weeks ago, and he gained 100,000 new Facebook "Likes" as a result, I decided to begin tracking how many new Facebook followers each of the GOP candidates were attracting weekly. What I found may surprise you.

Candidates perceived as part of the "establishment," such as Jeb Bush, Chris Christie, John Kasich, Lindsey Graham, and George Pataki had surprisingly few followers considering their name recognition and experience. My initial research revealed Jeb Bush had the most followers amongst the establishment candidates -right at 280,10 at that time. Comparatively, Dr. Carson, was leading the pack among the "outsiders." He had 3,821,488.

However, all of those considered outsiders, including Trump, Carson, Cruz and Fiorina, as well as those considered a bridge between the outsiders and the establishment, like Marco Rubio, Rand Paul, Huckabee, Bobby Jindal and Rick Santorum, were faring better on Facebook and Twitter than their establishment counterparts. Santorum had the lowest number of Facebook Likes, at 265, 810 followers - not far off from Jeb Bush. If presidential candidates were decided exclusively based upon grassroots support, without major donors to prop up establishment candidates, they'd be in trouble. Why is this important?

Essentially, Facebook Likes have replaced the political bumper sticker in America, and you don't even have to worry about getting your car scratched by a liberal! In some cases, I've seen national polling coincide with a candidate’s social media status. A presidential candidate that does not utilize social media in today's culture is like a fish out of water - dead.

Assuming most to all of their likes are legitimate, the amount of followers each candidate gains speaks to the energy, relatability, longevity and electability of their campaigns - at least at a grassroots level. Social media doesn't guarantee a victory for a politician, but it does give him or her a fighting chance. Particularly when it comes to "establishment" candidates that tend to be better funded by big donor money.

In 2008 President Obama used the power of social media to help organize and solidify his ground game against John McCain. When he defeated Mitt Romney in 2012 he continued his success by once again exposing how the GOP took social media for granted. Today however, more and more GOP candidates are using the power and influence of social media to establish their brand without breaking the bank.

Recall in 2012, over four million registered Republican voters didn't even bother showing up for Romney. Considering the amount of social media followers the establishment candidates have, or lack thereof, one can assume the base may not show up for an "establishment" candidate despite the downward trajectory of America. If the grassroots doesn't get an acceptable candidate, we could potentially see a lower turnout from the GOP base than we saw in 2012.

In the past, name recognition and the ability to pay for ads was synonymous with a candidate's ability to acquire new voters. Social media has leveled the playing field to a point where that's not necessarily the case any longer. Thanks to social media, money alone is no longer a pathway to victory in presidential politics. Taking into account both Trump and Huckabee had television careers prior to their bid for the presidency, here are the Facebook numbers as of Oct. 5, 2015:

Based on these numbers, I think it's safe to say many pollsters in the early stages of the GOP primary race are just as intent on shaping the news as they are reporting the real numbers on the ground. However, in the end, I'm confident the grassroots will have their say.

Reagan McCarthy
Biden Taints the Chauvin Trial By Praying the Jury Gets It 'Right'
Katie Pavlich
After Mouthing Off About Chauvin, Democrats Reportedly Relishing a Push to Censure Maxine Waters
Matt Vespa