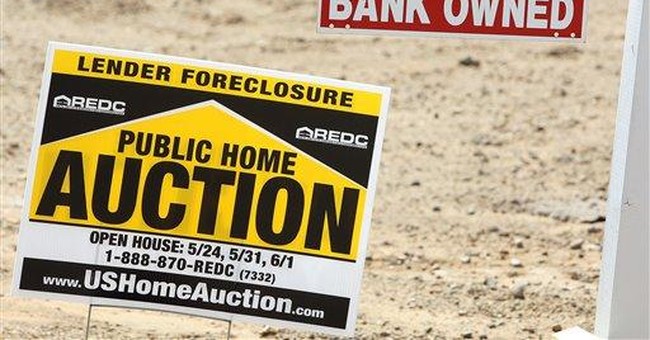 The Association of Community Organizations for Reform Now, or ACORN, is a network of nonprofit community groups formed nearly 40 years ago on the premise that banks, corporations and insurance companies, immersed in greed, have kept poor and predominantly minority neighborhoods desperate. Within the past couple months, however, its leaders have been engaged in the more mundane task of spinning a scandal that already has claimed its most visible leader. To longtime ACORN critics, it’s a case of belated just deserts.

At the center of this storm are ACORN co-founder and chief organizer Wade Rathke and his brother, Dale. Wade Rathke is an almost legendary figure in progressive Left circles. Beginning in the Sixties as an SDS activist, he would go on to apply his talents to the National Welfare Rights Organization, whose principle legacy during its years of existence was a large expansion of welfare eligibility and dependency. Out of this experience came ACORN in 1970. Initially based in Little Rock and eventually in New Orleans, ACORN has become a giant oak tree. The group’s early agitprop rhetoric, as expressed in its People’s Platform, made clear its intent for the years ahead:

We are the majority, forged from all minorities. We are the masses of many, not the forces of few. Enough is enough. We will wait no longer for the crumbs at America’s door. We will not be meek, but mighty. We will not starve on past promises, but feast on future dreams.

From the start, ACORN has been unapologetically radical in both worldview and tactics. Taking its inspiration from Saul Alinsky-style neighborhood confrontation politics, the organization, now claiming about 1,200 chapters with some 400,000 households in the U.S. and abroad, prides itself in its ability to mobilize local residents into demanding and getting their fair share – regardless of whether the donations are voluntary. Right now, ACORN hopes to mobilize someone into replacing Wade Rathke.

For several weeks ACORN has been reeling over accusations that Rathke’s brother, Dale, had embezzled nearly $1 million during the turn of the decade – and that both had conspired to cover up the offense. That triggered Wade Rathke’s resignation on June 2 as chief organizer. Sometime this spring an internal whistle-blower forced ACORN leaders to admit if not complicity in all this, then at least a moral blind spot. In its July 9, 2008 edition, the New York Times reported that during 1999-2000 Dale Rathke, at the time the group’s chief financial officer, diverted $948,607.50 in funds from ACORN and affiliated charitable organizations toward Citizens Consulting Inc., a firm that provides bookkeeping, accounting and other financial services. The sum appeared on the company’s books as a loan.

So why didn’t ACORN executives take action at the time? Maude Hurd, president of ACORN since 1990, explained it this way: “We thought it best at the time to protect the organizations, as well as to get the funds back into the organization, to deal with it in-house. It was a judgment call at the time, and looking back, people can agree or disagree with it, but we did what we thought was right.” Apparently, doing the right thing meant keeping Dale Rathke on the ACORN payroll until his firing this June. The group in 2001 had obtained an enforceable restitution agreement by which the Rathke family would replenish the missing funds in $30,000 annual installments. When news of the scandal broke, seven payments totaling $210,000 had been made. An unnamed donor then stepped in, offering to pay the remaining balance of around $740,000. New York ACORN chief Bertha Lewis confirmed to Times reporter Stephanie Strom this was all but a done deal.

Wade Rathke denies he’d been covering for his brother. He insists he learned of the problem only when an employee of Citizens Consulting alerted him about unusual credit card transactions. “Clearly, this was an uncomfortable, conflicting and humiliating situation as far as my family and I were concerned,” he said, “and so the real decisions on how to handle it had to be made by others.” Still, Dale Rathke continued to collect a $38,000-a-year salary, despite having been removed from day-to-day responsibilities as CFO. This was a no-show job all but in name.

The group’s defenders are pulling out the stops to rationalize this. While not defending the behavior of the Rathkes, they maintain that in the larger picture, the theft (or unauthorized transfer of funds) doesn’t hold a candle to what businessmen and “right-wingers” routinely steal. Besides, look at the all the good ACORN has done! A recent and lengthy article by Peter Dreier and John Atlas, respectively, professor of urban politics at Occidental College (Los Angeles) and founder of the National Housing Institute (Maplewood, N.J.), provides a case in point. Writing in the popular Left-leaning blog site, The Huffington Post, they note:

In the world of scandals, ACORN’s missteps don’t even register on the radar compared with the swindles perpetrated by top executives at Halliburton, Enron, WorldCom, Countrywide and other major corporations who ripped off the government, stockholders, and consumers of billions of dollars. But progressive groups have to be squeaky clean. They must live by a higher standard, in part because they are constantly under scrutiny by powerful business and government officials and in part, because they depend on the good will of funders (who typically get federal tax breaks for their donations) and low-income members (who sacrifice to pay ACORN dues)…

There are thousands of nonprofit groups around the country that help the poor. Some people provide charity and social services. Others advocate on their behalf. And some organize the poor to fight for themselves. But in the community organizing world, ACORN stands almost alone as a national force, with its local chapters, dues-paying members and an ability to wage and win major reforms at the neighborhood, city, state and national level. ACORN organizers have taught tens of thousands of low-income Americans how David can sometimes defeat Goliath.

Lost in this populist narrative are a few salient realities.

First, the group’s tactics, legally speaking, more than once have amounted to extortion and incitement to riot. In July 1997, for example, roughly 200 ACORN protestors stormed a session of the Chicago City Council, pushing over the metal detector and table used to screen visitors, backing police against doors, and blocking entrance to the room by late-arriving alderman and staff; six persons were arrested in the fracas. They’ve got that Alinsky magic, all right.

Second, ACORN’s “victories” often have harmed rather than helped their intended beneficiaries. ACORN-sponsored community groups, for instance, regularly have invoked the Community Reinvestment Act of 1977 in their attempts to block bank acquisitions and mergers with flimsy charges of mortgage lending “discrimination.” The current mortgage meltdown, especially in the subprime market, in large measure owes to lenders responding to pressure to increase loan volumes to barely qualified or outright unqualified borrowers, many of whom now have lost their homes.

Third, while corporate and bank fraud is undeniable and indefensible, that hardly constitutes a blank check for ACORN and other “grass-roots” nonprofit organizations to engage in theft of their own. If corporate officials steal more, it’s because in their world there is more to steal, not because their moral compasses are innately awry.

That leads to the matter of ACORN’s moral compass – or rather, the lack of one. Even if Wade Rathke and his cronies aren’t indicted, the organization can’t escape the long shadow of its suspect and often outright criminal legacy come election season. In 2006, for example, ACORN members engaged in vote fraud in several states, especially Missouri. In that state’s Senate race, Democratic challenger Claire McCaskill defeated Republican incumbent James Talent by about a 50,000-vote margin. A sizable portion of that margin was attributable to ACORN organizers submitting phony or at least suspicious voter-registration cards to election officials in the St. Louis and Kansas City metro areas. Several ACORN members in Kansas City were indicted by the U.S. Attorney’s Office just prior to Election Day, and eventually pleaded guilty. Rathke, not one for subtlety, called City of St. Louis election officials “slop buckets” when they questioned the veracity of ACORN-submitted forms. And who was Missouri state auditor during 2006? That would be Claire McCaskill.

ACORN vote fraud by no means was a novelty at that point. In 2004, the Detroit Free Press reported that “overzealous or unscrupulous campaign workers in several Michigan counties are under investigation for voter-registration fraud, suspected of attempting to register nonexistent people or forging applications for already-registered voters.” An ACORN affiliate, Project Vote, was one of two organizations cited as having turned in the documents. That same year in Colorado, an ACORN employee admitted to forging signatures and registering three of her friends to vote 40 times.

In addition to vote fraud, ACORN has displayed a penchant for treating its workers poorly, despite the group’s close ties to Service Employees International Union (SEIU) Locals 100 and 880 (Rathke is chief organizer for Local 100, representing several thousand workers in Arkansas, Louisiana and Texas). It’s more than a little ironic that ACORN for nearly 15 years has been leading heavily union-backed campaigns to force private- as well as public-sector employers in cities and counties across the nation to pay workers a “living” wage, while severely underpaying and otherwise exploiting its own community foot soldiers. Indeed, ACORN for years had blocked attempts by employees to unionize until the National Labor Relations Board told them otherwise. In March 2003, the nonprofit group lost its final appeal of an NLRB ruling holding that ACORN had violated its employees’ rights.

ACORN doesn’t even like paying the minimum wage, let alone a “living” one set several dollars an hour higher. In 1995, ACORN’s California chapter went to court seeking an exemption from having to pay its workers the state minimum, at the time $4.25 an hour. The group lost. In its unsuccessful appeal, ACORN argued that being forced to pay its workers the minimum wage would violate its First Amendment rights. The presiding judge termed the argument “absurd.” Welcome to the real world of employment.

Whatever Wade Rathke’s future holds – he remains chief organizer for an affiliate, ACORN International – ACORN can be expected to set the tone for much activism for years to come, especially if Senator Barack Obama becomes our nation’s next president (he’s tight with their Chicago people). In addition to two SEIU locals, the ACORN network includes nonprofit radio stations KNON-FM (Dallas) and KABF-FM (Little Rock), various publications, ACORN Housing Corp., a nonprofit law office, magnet schools, and New York City’s deceptively powerful Working Families Party. Tireless organizing, networking and pressuring have built a lot of clout. And it’s got the money to keep things that way. ACORN’s annual budget is currently around $40 million, while its allied organizations spend at least another $60 million. But its leaders, understandably, are reluctant to admit that this institution-building has had a dark side, one fittingly that has claimed the reputation of its prime mover.