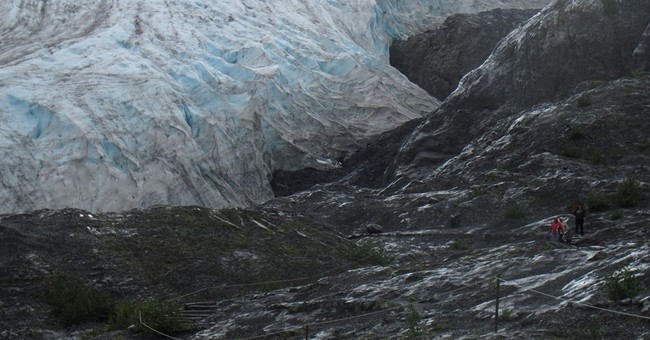 Has the world gone mad?

On October 26, Catholic bishops, including cardinals and patriarchs from around the world, issued an appeal to the upcoming UN climate conference in Paris for “a drastic reduction in the emission of carbon dioxide and other toxic gases,” indeed, for “ending the fossil fuel era” by a “complete decarbonization by mid-century.”

To begin with, let us dispense with the bishops’ two most obvious errors.

First, carbon dioxide is not toxic at any concentration. It is essential to all life, plants growing better and hence making more food for all animals, including man (the poor benefiting the most), at higher concentrations than lower, and animals needing it to regulate respiration.

Being enveloped for a few minutes in a cloud of pure or near-pure heavier-than-air carbon dioxide causes suffocation, as happened to Cameroonian villagers in 1986 when a large cloud of the gas erupted from beneath Lake Nyasa.

If we’re going to call carbon dioxide “toxic” because of that, we might as well call pillows toxic, too—for, wrapped tightly around our heads, they, too, can suffocate us.

Do Climate Models Constitute “Evidence”—for Anything?

Second, the “scientific evidence” that human emissions of carbon dioxide probably add not just some unspecifiable amount of warmth to the atmosphere but enough warmth, rapidly enough, to threaten grave harm, justifying the extremely costly policies the bishops advise, is by no means “reliable.” Indeed, it’s not even evidence.

Does that last sentence surprise? Only those who don’t understand the role of models in science.

Models and the numbers they generate are not evidence—data. Models are our guesses, hypotheses, about how the world works. The numbers they generate are the predictions based on those guesses. We test the models—see if they accurately represent how the world works, i.e., see if we really understand the natural system we’ve modeled—by comparing those predictions with real-world observations.

Nobel Prize-winning physicist Richard Feynman famously explained it this way, as hundreds of scientists quoted him in “An Open Letter to Pope Francis on Climate Change” last spring:

In that scientific procedure, the evidence is the real-world observations. The models and the numbers they generate are not evidence but the hypothesis and predictions to be tested by the evidence.

Computer models of the global climate system are the sole basis for predictions of rapid, dangerous global warming driven by human emissions of carbon dioxide (and other “greenhouse” gases). How do they fare when compared with real world observations?

Though they can be forced to “retrodict” past temperatures fairly well, that’s not the real test, because targets are known in advance and the results can be guaranteed by filling in variables by curve fitting. Only if they predict future temperatures accurately are models reliable.

On that test, they fail. On average, they predict twice the warming observed over the relevant period. Over 95 percent predict more warming than observed—implying that the errors are not random (in which case they’d be as often low as high) but driven by some kind of bias (accidental or intentional) written into the models themselves. And none predicted the complete absence of warming over the 18 years and 8 months up through September of this year, according to satellite-measured global temperature data, our most reliable.

Even if Catholic bishops recommend it.

What Would Total Decarbonization Cost?

But now let us turn to the recommendation itself. What would it take to achieve “complete decarbonization by mid-century”?

Coming up with data for the world as a whole is extremely difficult, since most countries—especially huge developing ones like India and China, which together have roughly a third of the world’s people—have very inadequate records regarding their energy sectors. But we can get some idea by addressing what it would take to achieve that just for the United States.

Total cost? The calculations are difficult and fraught with errors, but just for the wind and solar parts (i.e., excluding wave devices, geothermal plants, hydroelectric dams, and tidal turbines), $13–$25 trillion. Spread over 35 years that would amount to an annual cost per household of $2,589 to $4,979 per year, or a total of $90,624 to $174,277 per household for the entire period. And remember: that’s just for the wind and solar portions of the makeover.

“Taking the Jacobson and Delucchi figures for the world,” Bailey writes, “the total cost to completely eliminate fossil fuels by 2030 would amount to $100 trillion—that is to say, 8 percent of global annual GDP. The global cost per household per year would amount to $3,571.” I suspect that figure is far too low compared with the costs just for the U.S., probably because it assumes per capita energy consumption, and therefore health and prosperity, far below current U.S. levels.

I can think of no better conclusion than what Tom Sheahen (Ph.D., Physics, MIT), a faithful Catholic and Director of the Institute for Theological Encounter with Science and Technology, said about the bishops’ plea in an email:

There is a near-total disconnect going on between actual science and the UN-hyped alarmism over global warming. Focus on this one short paragraph:

“Those responsible for climate change have responsibilities to assist the most vulnerable in adapting and managing loss and damage and to share the necessary technology and knowhow.”

This kind of statement is entirely plausible for a bishop to make, because it points to the moral obligation to care for the vulnerable. However the presumption built into the front end of the statement is that somebody is responsible for climate change. What they do not realize is that the numerical scientific reality is that the climate changes all by itself, and nobody is “responsible” for causing that. Hence they’re pointing their finger not at particular people but vaguely into the air. To cast the idea in a mathematical flavor, we might say, “The set of ‘those responsible’ is an empty set.”

As soon as a Catholic prelate studies science well enough to understand the broad principles of climate change (as George Cardinal Pell has done), he discontinues such blaming. Regrettably, as of right now, there are way too many bishops who believe that “somebody” must be responsible. They just don’t grasp numerical values.

To quote the title of a British rock band’s hit album, what the bishops have called for is “Madness—Utter Madness!”