Obama’s “Climate Education and Literacy Initiative”: How Do You Spell “I-N-D-O-C-T-R-I-N-A-T-I-O-N”? 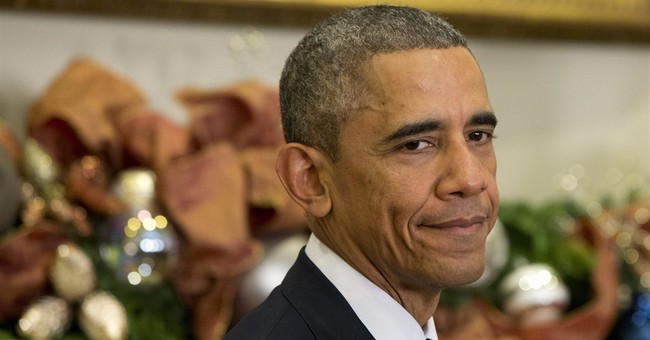 With Obamacare obviously failing to provide promised affordable health care and falling apart in the face of legal challenges and states’ refusal to participate, it’s becoming increasingly clear that President Obama has decided to make ending “climate change” his legacy.

“If you believe, like I do, that something has to be done on this, then you’re going to have to speak out,” Obama told students and faculty at the University of California at Irvine last June. “You’ve got to educate your classmates, and colleagues, and family members and fellow citizens, and tell them what’s at stake.”

Problem: 1 in 4 Americans are “solidly skeptical” about climate change, and another 1 in 3 have “mixed” views about it, leaving only slightly over 1 in 3 “concerned believers.”

Combined, those 6 in 10 Americans who don’t buy into his climate alarmism make it politically difficult for Obama to achieve his dream.

His solution? A new initiative to make sure the nation’s public schools sing the “right” tune on global warming.

Even U.S. News and World Report, not known as a rightwing rag, recognized the tactic well enough to subtitle its story “The administration wants students and teachers to toe the line on climate change,” and the body of the report said the Administration “will distribute science-based information—in line with the administration’s position on the issue—to students, teachers and the broader public” [emphases added].

“Under President Obama’s Climate Action Plan,” the White House Office of Science & Technology Policy said in announcing the initiative, important steps have already been taken to cut carbon pollution, prepare for the impacts of climate change, and lead international efforts to fight this global challenge. Continued progress into the future will depend on ensuring a climate-smart citizenry and a next-generation American workforce of city planners, community leaders, engineers, and entrepreneurs who understand the urgent climate-change challenge and are equipped with the knowledge, skills, and training to seek and implement solutions.

That’s why today, in support of the Obama Administration’s steady efforts to address climate change, the [OSTP] is launching a new Climate Education and Literacy Initiative to help connect American students and citizens with the best-available, science-based information about climate change.

Let’s dissect a little of that language.

First, a “climate-smart citizenry” of course means one that agrees with Obama. Presumably it excludes those who are aware that:

Second, a “next-generation American workforce” seems clearly to mean one molded by the Next Generation Science Standards, which are biased both scientifically (in favor of Darwinism and global warming alarmism) and religiously (in favor of naturalistic materialism, i.e., atheism) and so are being challenged legally.

Third, those “city planners, community leaders, engineers, and entrepreneurs who understand the urgent climate-change challenge and are equipped with the knowledge, skills, and training to seek and implement solutions” will certainly not include people who know the facts bulleted above. But you can bet those elites will share MIT health economist Jonathan Gruber’s contempt for “the stupidity of the American voter,” without which Obamacare “would not have passed.” And you can bet they’re depending on that same “stupidity of the American voter” to get suckered in on global warming.

Fourth, you can be quite certain that the White House’s “Climate Education and Literacy Initiative” won’t inform students of the facts bulleted above, despite their being among the “best-available, science-based information about climate change.”