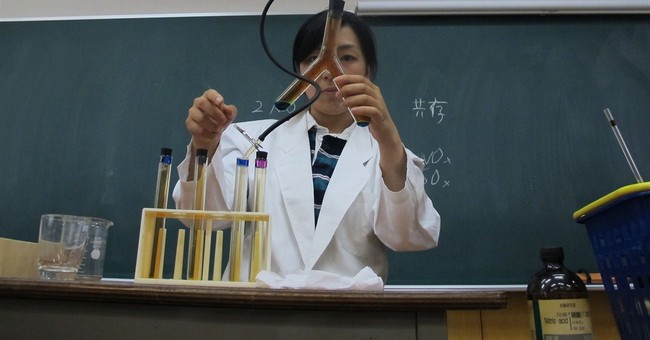 In his recent article “The Threat to the Scientific Method,” Dr. Patrick Michaels, a climatologist who for 30 years was Research Professor of Environmental Sciences at the University of Virginia and now directs the Center for the Study of Science at the Cato Institute, pointed to a serious problem: the corruption of science through government (and sometimes industry) funding, which has led to rapidly and alarmingly increasing numbers of retracted journal articles. In light of that trend, he asks, “If we can no longer trust science, what do we have as the basis for knowledge?”

Pat is a friend of mine, and I respect him tremendously for the quality of his scientific work as well as for his courage as a critic of global warming panic. But I think the problem behind the spate of retracted articles runs much deeper than his article suggests.

The problem is in thinking that science is “the basis for knowledge.” It isn’t. It never has been. It never can be.

That is because science—in terms of scientific method, testing hypotheses by real-world observation—cannot justify any truth judgments based solely on empirical observation.

Empirical observation alone doesn’t tell us how to sort the many different stimuli our senses receive at any given moment. It doesn’t tell me why I should collect the stimuli of patterns of light and darkness on my computer screen and identify them as coherent, meaningful text and pictures while ignoring the stimuli of sound (our air conditioning system and my keystrokes and the vibration of my cell phone and kids shouting in the community pool across the street) touch (the coolness and hardness of the floor under my feet, the texture of my cotton shirt), smell (the soap residue on my just-washed hands), taste (the lingering flavor of my raisin bran with the more recent flavor of my green tea), and sight (the dark corners of my desk, the brightness of my windows, the many colors of the books on my bookcases, and the cloudy sky and green trees out my window) all into one thing and call it a schmooglewop.

Neither does mere sensory stimulation tell us the basic laws of thought (identity, contradiction, and excluded middle) or the rules of logical inference (see my “Summary of Major Concepts, Principles, and Functions of Logic”), yet those, along with the categories by which we untangle various sounds, sights, smells, textures, and tastes and group them into defined, external objects and events the recognition of which we share with others, are absolutely indispensable to all reasoning, including scientific reasoning about the external world.

And finally, empirical observation doesn’t tell us there are objects external to ourselves. It only tells me that I’m having experiences. (You, too? By mere sensory observation I can’t know that.) But it cannot tell me those experiences are stimulated by things external to me. To be confident of that (and note the root of “confident,” fides, faith), I must know something before thinking about my sensations (if I may even be said to have any, according to the definition of “sensation” inherent in empiricism—but that’s another subject): that there’s an external world and that it’s understandable according to the structure of my mind and that my mind and body relate to it and each other in a way that facilitates my understanding it truly.

In short, one must begin with axioms, presuppositions. As a corollary to Herbert Stein’s Law (“If something cannot go on forever, it will stop.”) I posit Beisner’s Law: “If something not eternal does not start, it cannot continue.”

Though most modern scientists are empiricists, they are unaware that empiricism—real, consistent empiricism—leads directly not to skepticism, which is a good thing (1 Thessalonians 5:21, “Test all things, hold fast what is good.”) but to irrationalism, which, frankly, is what is taking over the world of science, particularly with the rise of post-normal, highly politicized science, as I argued in “Wanted for Premeditated Murder: How Post-Normal Science Stabbed Real Science in the Back on the Way to the Illusion of Scientific Consensus on Global Warming.”

So I recommend to my scientist friends concerned about the disintegration of science as a trustworthy pursuit that they visit the roots of science by studying epistemology itself. They might begin by reading Gordon H. Clark’s Religion, Reason, and Revelation and Three Types of Religious Philosophy (both bound into Christian Philosophy, volume 4 of The Works of Gordon H. Clark), and Philosophy of Science and Belief in God, and J.P. Moreland’s Christianity and the Nature of Science: A Philosophical Investigation or Nancy Pearcey and Charles Thaxton’s The Soul of Science: Christian Faith and Natural Philosophy.

It is precisely because modern science has abandoned its foundations in the Biblical worldview (which holds, among other things, that a personal, rational God designed a rational universe to be understood and controlled by rational persons made in His image) and the Biblical ethic (which holds, among other things, that we are obligated to tell the truth even when it inconveniences us) that science is collapsing.

As such diverse historians and philosophers of science as Alfred North Whitehead, Pierre Duhem, Loren Eiseley, Rodney Stark, and many others have observed, and as I pointed out in two of my talks at the Ninth International Conference on Climate Change (ICCC), science—not an occasional flash of insight here and there, but a systematic, programmatic, ongoing way of studying and controlling the world—arose only once in history, and only in one place: medieval Europe, once known as “Christendom,” where that Biblical worldview reigned supreme. That is no accident. Science could not have arisen without that worldview.

Although many, probably most, of those at the ICCC weren’t, like me, evangelical Christians, I heard only one complaint about that message. It was from another friend, a geologist who is, I think, either atheist or agnostic. She protested that many atheists and agnostics are good scientists. That is true, and she’s one of them. But while people who don’t embrace the Biblical worldview and ethic can practice science for a while, little by little the foundation, resting on sand instead of solid rock, collapses, and with it so does the superstructure, in the midst of the winds and rains of money and power, which Pat Michaels rightly identifies as (among other things) the perverse incentives now firmly embedded in the whole way science gets funded and practiced in today’s world.

Science will restore its trustworthiness only when, and only to the degree that, its practitioners rediscover, and re-embrace, the Biblical worldview that is its only firm foundation.

Caught Red-Handed: NBC News Busted for Editing Out a Crucial Detail in the 911 Call of the Ohio Shooting
Townhall
NYT journo catches up to what conservatives were saying about COVID-19 and children last summer
Twitchy
LeBron Again Opens Mouth to Change Feet in First Response Since Deleting 'You're Next' Tweet
Redstate
The Morning Briefing: Trump's Biggest Failure Was in Not Gutting the FBI
PJ Media