The Power of Christmas

Cal Thomas
|
Posted: Dec 24, 2020 12:01 AM
Share   Tweet
The opinions expressed by columnists are their own and do not necessarily represent the views of Townhall.com. 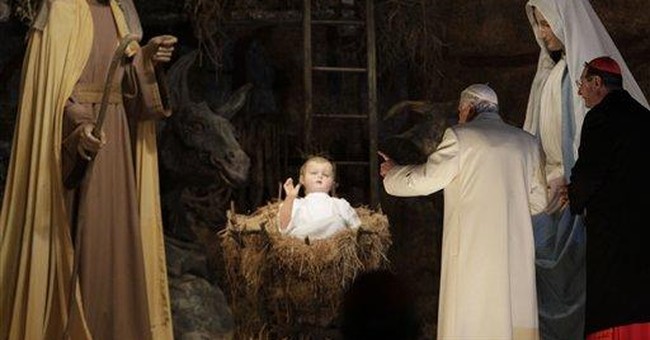 Of all the great and small events of 1991, the death of CBS News' "60 Minutes" co-host Harry Reasoner probably rates near the bottom in the amount of attention afforded it by the public.

Yet when a keen observer and a person of talent and grace leaves the planet, we are all diminished a little. Such gifts are not as easily replaced as they once were when reading, not watching, was thought to better nourish the mind and soul.

When Harry died, I recalled a commentary he did when he worked for ABC News in the early 1970s. The commentary was an unlikely one for a man of his position. Most people believe that news people, particularly those at the network level, rarely think of much beyond current events and their own careers. But Harry was different, and his easy-going manner allowed him to address subjects others might approach with more difficulty.

On Christmas Eve, 1973, in the midst of growing turmoil over the Watergate scandal, a troubled economy, wars and rumors of wars in the Middle East and uncertainty over the future of U.S.-Soviet relations, Harry delivered the following commentary:

"Christmas is such a unique idea that most non-Christians accept it, and I think sometimes envy it. If Christmas is the anniversary of the appearance of the Lord of the Universe in the form of a helpless baby, it's quite a day. It's a startling idea, and the theologians, who sometimes love logic more than they love God, find it uncomfortable. But if God did do it, He had a tremendous insight.

"If God wanted to be intimately a part of Man, He moved correctly. For the experience of birth and familyhood is our most intimate and precious experience.

"So, it comes beyond logic. It's what a bishop I used to know called a kind of divine insanity. It is either all falsehood or it is the truest thing in the world. It is the story of the great innocence of God the baby. God in the power of Man. And it is such a dramatic shot toward the heart, that if it is not true, for Christians, nothing is true.

"So even if you did not get your shopping all done, and you were swamped with the commercialism and frenzy, be at peace. And even if you are the deacon having to arrange the extra seating for all the Christmas Christians that you won't see until Easter, be at peace. The story stands.

"It's all right that so many Christians are touched only once a year by this incomparable story. Because some final quiet Christmas morning, the touch will take."

Christmas has a power over those who observe it, and those who do not, that is unlike any other holiday or event. The other 364 days of the year we can be caught up in affairs of world-shaking significance, but on Christmas it is as if all systems shut down and we are given a chance to focus on something of greater significance than the headlines or the vacuous babble of television. Perhaps for some this Christmas, the touch will take.