Back to the Constitution

Cal Thomas
|
Posted: Jun 29, 2018 12:01 AM
Share   Tweet
The opinions expressed by columnists are their own and do not necessarily represent the views of Townhall.com. 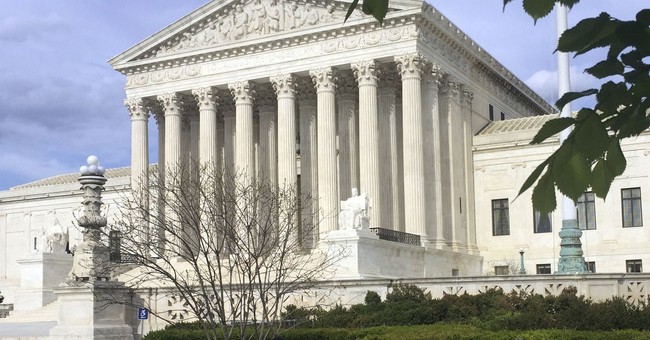 The retirement of Justice Anthony Kennedy from the U.S. Supreme Court is about to bring a 60-year battle to a head.

For decades the country has witnessed a fight between those who believe the Constitution speaks for itself and others who believe it says whatever the judges think it says, or even should say.

Already, the left is apoplectic. Fundraising letters are going out. Sen. Kamala Harris (D-CA) sent one within minutes of Kennedy's retirement announcement and Chris Matthews went ballistic on MSNBC, all but forecasting the end of the world as we know it.

A few examples will suffice to preview coming distractions from the central issue. Among the printable ones is this over-the-top comment by the Rev. Al Sharpton: "All civil and human rights are at stake."

Journalist/author Molly Knight fired off this incendiary tweet: "How very cool of Justice Kennedy to pour kerosene on the current dumpster fire that is America. The Roe v Wade riots should provide fine entertainment for him in his retirement." Riots?

There's more, including abundant use of the left's favorite "F-word," but you get the idea. Legal Armageddon is about to arrive.

Since the Warren Court decided praying to an authority higher than the state was unconstitutional and Bible reading in public schools was not what the Founders had in mind when writing the First Amendment, there has been a pitched battle for control of the Supreme Court. The left has used federal judges to engineer society in ways it could not have done, and probably would not have tried, through the legislative process while Conservatives have fought to prevent the court from exceeding its constitutional role by making law.

Abraham Lincoln said it well when he noted: "We the people are the rightful masters of both Congress and the courts, not to overthrow the Constitution but to overthrow the men who pervert the Constitution." The belief that government and the courts have become our masters has propelled conservative opposition to both legislating courts and big government.

The late Justice Antonin Scalia summed up the conservative view of the Constitution when he said, "It means, today, not what current society, much less the court, thinks it ought to mean, but what it meant when it was adopted."

Two former justices gave the liberal view of the Constitution. Oliver Wendell Holmes said: "The provisions of the Constitution are not mathematical formulas having their essence in their form; they are organic, living institutions transplanted from English soil. Their significance is vital, not formal; it is to be gathered not simply by taking the words and a dictionary, but by considering their origin and the line of their growth."

From this came the notion of a "living Constitution," which leads to the assertion by the late Chief Justice Charles Evans Hughes that "...the Constitution is what the judges say it is."

President Trump and the Republican Senate have an opportunity to reverse decades of wrongful constitutional decision-making. From his list of 25 conservative candidates for Kennedy's seat, he must choose a nominee quickly so the Senate can take it up before Democrats and their media allies can become fully mobilized.

If the president selects someone with Judge Neil Gorsuch's credentials, the left will have a difficult time opposing the candidate, though they will certainly try and make accusations that have no merit.

In 2009, President Obama delivered a blunt message to Republicans, in essence telling them, I won, you lost. Get over it. Well, we also had an election in 2016. President Trump won. Democrats and the left should get over it.