Cal Thomas
|
Posted: Aug 08, 2017 12:00 AM
Share   Tweet
The opinions expressed by columnists are their own and do not necessarily represent the views of Townhall.com. 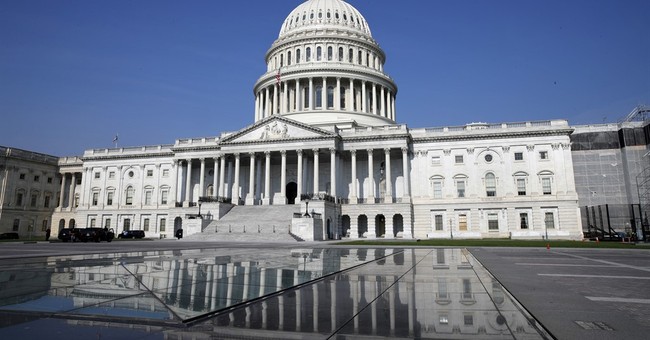 "Sound practical judgment that is independent of specialized knowledge, training, or the like; normal native intelligence." -- Dictionary.com's definition of common sense.

Sometimes what used to be called "common sense" can seem radical in Washington, which is used to practicing senseless policies and funding programs that don't work.

Immigration is a perfect example. Everyone says the system is broken. There have been no substantive policy changes since the '60s, but until last week few had put forth a sensible and credible plan for fixing what ails it.

Thanks to Senators Tom Cotton (R-AR) and David Perdue (R-GA), we now have a plan worthy of serious consideration, even implementation. Last week, they introduced legislation that, according to USA Today, would "overturn the rules for becoming an American citizen and cut in half the number allowed in."

There are three keys to their proposal. The first is that people seeking to immigrate to America must possess skills qualifying them for a job, or have a job waiting so they would not become part of our bloated welfare and dependency culture.

The second key concerns numbers and the goal of eliminating chain migration. Despite counter arguments based on the Emma Lazarus poem about the world sending America its "tired and poor," poems are not the Constitution, or the law, otherwise Emily Dickinson might have become president. Poems are about sentiment. The right immigration policy is about survival.

No nation can maintain its character without controlling its borders. Think of a simple analogy. If I fill a glass with water and then pour milk into the glass, the more milk I pour, the more water is displaced. That's the United States, absent a sound and sane immigration policy.

Key number three is language. It isn't difficult for immigrants to learn enough English to function in America. I meet them in Washington and everywhere I travel. Here's the official government position for becoming a citizen: "To become a naturalized U.S. citizen, you must pass the naturalization test. At your naturalization interview, you will be required to answer questions about your application and background. You will also take an English and civics test unless you qualify for an exemption or waiver."

Under current policy, non-citizens don't have to take an English test if they are 50 years old, or older, and have lived in the U.S. as permanent residents for at least 20 years. If someone has lived in America for 20 years and still can't speak English, doesn't that suggest a problem?

The Cotton-Perdue measure would also eliminate the Green Card Lottery, which, in an effort to add diversity to the country, grants 50,000 green cards each year to countries that don't normally send many immigrants to the U.S.

Anyone who thinks immigration is a partisan issue should take note, as the Center for Immigration Studies has done, of a similar plan proposed in the mid-'90s by Rep. Barbara Jordan (D-Texas), who as chair of the U.S. Commission on Immigration Reform, advocated for increased restrictions on immigration. Her effort was squashed by a combination of the corporate right (which wants cheap labor) and the cultural left (which wants more votes for Democrats). The common sense of these reforms remains.

President Trump says he will sign a bill containing the Cotton-Perdue language, but as with so much else in dysfunctional Washington, its success will depend on whether Congress has any common sense left to do something that is transparently necessary and will benefit the country. After the debacle over health insurance, raising the debt ceiling (more debt), suggestions that tax reform may have to wait until after a budget is passed (more spending) and a new poll showing public approval of Congress at just 10 percent, no one should be optimistic.