Cal Thomas
|
Posted: Jan 10, 2017 12:01 AM
Share   Tweet
The opinions expressed by columnists are their own and do not necessarily represent the views of Townhall.com. 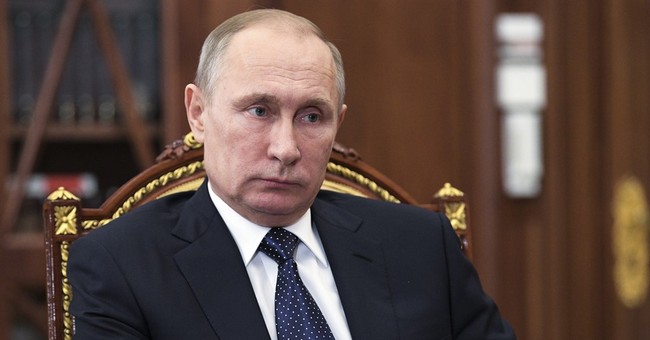 Hillary Clinton has done more to discredit herself, going back to her time as first lady of Arkansas, than the Russians could ever do.

Granted, this last poll followed emails and documents the intelligence agencies claim Russia hacked from the Democratic National Committee and the posting of "fake news" on social media. Even so, if Hillary Clinton had consistently displayed good character, it would have been difficult for anyone to smear her.

While Democrats and some Republicans are blasting Russia, they should recall dubious actions by the United States. Presidents from both parties have a long history of lying and attempting to dictate who should rule other nations.

The John F. Kennedy Presidential Library and Museum website reminds: "...on November 1, 1963, the South Vietnamese government was overthrown. The coup had the tacit approval of the Kennedy administration. President Diem was assassinated, after refusing an American offer of safety if he agreed to resign."

In 1973, Henry Kissinger urged President Richard Nixon to overthrow the democratically elected government in Chile because Kissinger believed President Salvador Allende's "model effect can be insidious," according to now unclassified documents from the National Security Archive.

President George W. Bush launched Operation Iraqi Freedom in an effort to rid the world of Iraq's tyrannical dictator Saddam Hussein on the pretense that he had, or was developing, weapons of mass destruction, which were never found.

President Obama undermined the government of Egyptian President Hosni Mubarak, which led to the election of President Mohamed Morsi, a leader in the radical Muslim Brotherhood. He was replaced by the current government, installed by Egyptians displeased with the radicals, despite opposition from the Obama administration.

President Obama and Hillary Clinton advocated for the overthrow of Libyan dictator Muammar el-Qaddafi, which created a vacuum filled by terrorists who murdered the U.S. ambassador and two other Americans in Benghazi.

The flipside of wrong-headed action is wrong-headed inaction. In Iran, during the 2009 peaceful protests by those who claimed that President Mahmoud Ahmadinejad had stolen the presidential election from Mir Hussein Moussavi, the top challenger, the Obama administration offered condemnation, but little else, when action might have had a positive influence. Peaceful protestors were shot in the streets, arrested, tortured and imprisoned without trial (not that any trial in Iran would have been fair) and the Ayatollahs tightened their grip. Iran is now on a course that will likely end with the development of nuclear weapons.

President Obama also urged Britons to vote against Brexit and remain with the European Union.

Is any of this morally different from what Putin allegedly orchestrated to influence the American election?

U.S. presidents and politicians have been lying to us for decades, going back to the U-2 incident when President Eisenhower first denied and then was forced to admit that the spy plane had flown over the Soviet Union.

Military leaders inflated the body counts of enemy dead in Vietnam in a failed attempt to convince the public that we were winning.

"Officials from the United States Central Command altered intelligence reports to portray a more optimistic picture of the war against the Islamic State in Iraq and Syria," writes The New York Times. And as The New York Post reported in September 2015, "An open revolt is underway within the U.S. intelligence establishment, with more than 50 veteran analysts charging their reports on ISIS were systematically changed to reflect the White House line."

Any Russian involvement in the November election appears to have uncovered information that Democrats were trying to hide and that reporters missed or ignored. What's worse, the deeds or the way the deeds were discovered?

Given America's record of meddling in other countries and of leaders who have lied to us, we shouldn't throw stones from glass houses.