Are Black Voters Turning Against Obama? 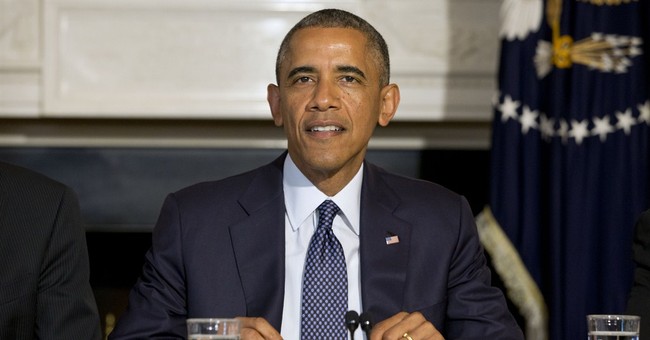 It may be too soon to label it a trend and there is insufficient data to confirm it, but President Obama and his party may be losing their iron grip on their most loyal and enthusiastic voting bloc: African-Americans.

Last Friday in Chicago, a group of black residents of the city's South Side, staged a protest against the violent shootings that are becoming as commonplace as White Sox games at Cellular Field. It wasn't just the protest that should concern the administration and Democrats; it was the language used by some of the protesters, many of whom at the time of the president's 2009 inauguration likely joined other African-Americans in worshipping at the Obama shrine.

One woman was quoted in The Washington Times: "Mr. President, we're asking for you. You're spending billions of dollars in Texas, but we've a problem here in Chicago..."

Another said: "Today, if you look at the time we were brought here as slaves 400 years ago, we got the same results today."

In what might have been regarded as political heresy only a few years ago, something akin to denying Jesus in church, another protester seemed to suggest the president should resign if he continues to ignore the city's problems: "For the president to set aside all of these funds for immigrants and (have) forsaken the African-American community, I think that's a disgrace." Speaking to the Rebel Pundit, the man added, "He will go down as the worst president ever elected. Bill Clinton was the African-American president."

How sharper than a serpent's tooth to have such ingratitude for a former Chicago community organizer.

Last weekend on several Sunday talk shows, Attorney General Eric Holder asserted that criticism of President Obama is, for some, borne of racism. Since the criticizers in Chicago last week were black, are they racists, or can only white critics be racists? Are those who criticize conservative and Republican African-Americans also racists or does that overused label only apply to whites who criticize black liberal Democrats?

The president's policies have made those Chicago protesters angry, not his skin color. They expected more and got far less. Part of their problem is what is shared by all who put too much faith in political leaders to solve problems, which, ultimately, only they have the power to solve.

If President Obama's policies and those of his fellow Democrats in Congress and in Chicago worked, Democrats would be boasting of their successes and ignoring critics.

Blacks rightly feel jilted after pledging so much loyalty and emotion to a man they thought was one of their own. They are painfully learning that President Obama is like the fast-talking peddler of magical elixirs who promises a cure-all, then skips town before you find out you've been bamboozled. The protesters feel used and now the president and the Democrats seem to have jilted them in favor of the Hispanic vote. That's what the unbridled illegal immigration debate is all about.

One hundred fifty years ago the end of slavery and its consequences were just beginning. Hispanic immigrants will likely find themselves treated by most Democrats the same way African-Americans have been treated; as pawns in a never-ending game of political chess, eventually tossed aside as freely as a Bill Clinton conquest.

Amid all this, Eric Holder deals the race card ... again.

I'll tell you what the race card has become. It is the Joker.