Where Have You Gone Willie Shakespeare? 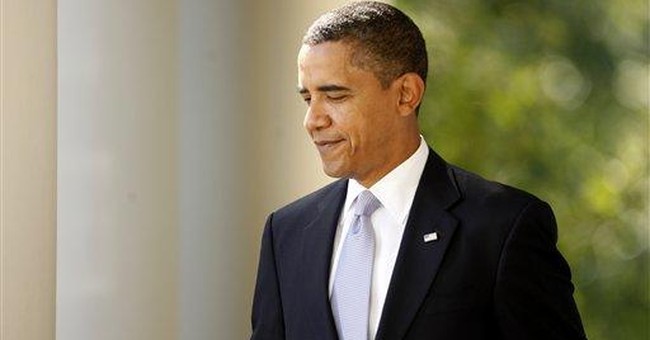 "Neither a borrower nor a lender be." -- William Shakespeare, "Hamlet" Why won't we listen to what used to be called sage advice before the Internet made too many of us think we are re-inventing the world and nothing we think or try has ever been thought or tried before?

The Obama administration is rumored to be seriously considering a second stimulus measure to "improve" the economy. Given the job losses since the last stimulus, I'm not sure we can stand more of that kind of stimulation. Never mind that millions from the first stimulus cannot be found and that billions more have yet to be spent. And how soon Democrats forget their once-great concern about burdening future generations with debt and dependency.

President Obama's budget has projected deficits of $9.1 trillion over the next decade. Brian Riedl of The Heritage Foundation has looked into it and found the numbers to be inaccurate and misleading. What the president's budget ignored is an additional $4 trillion in likely additional spending, which excludes, says Riedl, the following.

-- Health-care reform ($595 billion in spending and $583 billion in revenues). And that's just for starters. As we have seen with Medicare, initial projections by the government, no matter who runs it, are almost always wrong.

-- Additional cap-and-trade outlays and revenues ($821 billion in spending and $214 billion in revenues).

-- Extending "expiring" entitlements ($216 billion in spending). Notice that once anything becomes an "entitlement," ending it is a virtual impossibility.

-- Net interest expenses resulting from the increased deficit spending ($251 billion in spending). Please read that last one again. We the taxpayers are going to be forced to spend $251 billion in interest on the debt because our government cannot do what every American must do: control spending.

Brian Riedl says the reality of the president's budget over the next decade is much different from the already outrageous spending to which it admits. According to Riedl's analysis, the President's budget agenda would actually result in:

-- Budget deficits adding $13 trillion to the national debt over the next decade. Again, re-read that figure. Say it out loud. Repeat it to your spouse-partner-kid (the kids will be paying for this) and your neighbor.

-- Spending surpassing 28 percent of GDP by 2019, shattering the peacetime record set this year.

(See this and more here.)

This is why so many are angry. This administration is more than mortgaging our future. It is bankrupting it, all in the name of taking care of us. The best thing government can do for us is to get out of the way and let us care for ourselves. These numbers are unsustainable. They are outrageous. And they will become a reality unless enough Americans rise up and say they are not going to take it anymore.

It's our money, not theirs. They are now stealing it before we make it. Let's hear some outrage about this. Let's sustain it through the next three election cycles, beginning next month with the governors' races in New Jersey and Virginia. If we don't, the future belongs not to us, but to China, Japan, Qatar, Venezuela and Saudi Arabia, among others -- all holders of our national debt.