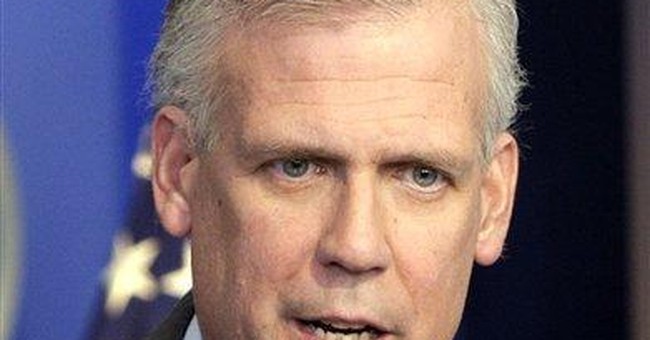 Two longtime friends of mine died last week. One was the renowned cardiovascular surgeon, Dr. Michael DeBakey. I first met him as a young reporter in Houston in the late '60s and we kept up over the years. He lobbied me to write about health issues and the importance of research. I occasionally asked him for medical advice, which he was always happy to give. A brilliant man with fingers so long he might have been a concert pianist, Dr. DeBakey invented many of the instruments now used in operating rooms and pioneered procedures that have extended human life.

"Rebuilder of Hearts," said the New York Times' front-page obituary about this unique and extraordinary man, the son of Lebanese-Christian immigrants, who died two months shy of his 100th birthday.

My second friend, Tony Snow, succumbed to colon cancer at age 53. His mother died of the same disease when Tony was 17. I spent more time with Tony in recent years due to our proximity in Washington.

In a different way, Tony was also a rebuilder of hearts. No one could be depressed in his presence. Though battling his own cancer, he encouraged many others with the same disease. His smile lit up any room in which he appeared. His optimism was infectious. His situation didn't matter; he always wanted to know how someone else was doing.

President Bush could have described Tony in many ways. He chose to call him "a man of character." There are plenty of characters in Washington, especially in the media, but not a lot for whom this description fits. It fit Tony perfectly.

At a Washington dinner in January 2007, Tony talked about his struggle with cancer and the perspective it had given him. Before a room full of fellow journalists and entertainment people, he bared his soul: "You have to learn something that is very hard in the modern era," he said, "and that is you have to give yourself to God, to surrender. It's not really saying ŒGod, it's in your hands,' but understanding whatever may come afterward is a matter not of trying to get God to do stuff for you, except maybe to knock down some of the barriers that separate you from God, because for all of us our vanities get in the way."

Tony hid whatever vanities he had very well. Or perhaps they were overcome by his greater qualities.

He said more: "What happened during the course of dealing with cancer is that it was one of the times when I had to get closer to God." Tony was transformed into a serious Christian, not only reading the Bible and devotional books, but also applying the example of Jesus in his relationship with others. This showed most in the way political opposites treated him. They came to love and admire him. I can't recall another White House press secretary leaving with applause from reporters and administration staff literally ringing in his ears.

Tony had great perspective and sound priorities. You can tell a lot about the character of a man who brags on his wife without being prompted. He loved Jill and their three children and expressed that love to me with the enthusiasm of a newlywed. "When I was sitting in my hospital room," he said that January evening, "I didn't think about what was going on in politics, or even what was going on at Fox (where he once worked). I thought about when I could see my kids and didn't want them to experience what I did when I watched my mother slowly die."

Unfortunately, he could not save them from that pain. But he wasn't afraid to die: "When you die, you graduate. I don't worry about death. Sickness teaches there is joy in everything. Take joy in your sickness because a lot of times God is telling you: ŒYou may not know it, but you're more blessed than you realized.'"