Is 'Can't Prove Untrue' The New Standard In Trump Probe?

Byron York
|
Posted: Apr 24, 2018 11:07 AM
Share   Tweet
The opinions expressed by columnists are their own and do not necessarily represent the views of Townhall.com. 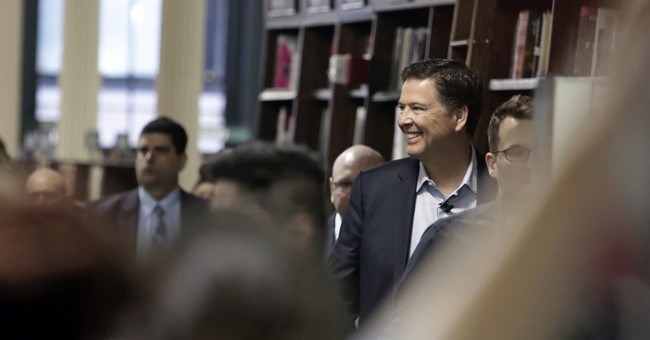 When a political figure is accused of wrongdoing, a conversation begins among journalists, commentators and public officials. Are the charges true? Can the accusers prove it?

That's the way it normally works. But now, in the case of the Trump dossier -- the allegations compiled by a former British spy hired by the Clinton campaign to gather dirt on presidential candidate Donald Trump -- the generally accepted standard of justice has been turned on its head. Now, the question is: Can the accused prove the charges false? Increasingly, the president's critics argue that the dossier is legitimate because it has not been proven untrue.

It's an argument heard at the highest levels of government, academics and media.

"Not a single revelation in the Steele dossier has been refuted," noted Sen. Dianne Feinstein, top Democrat on the Senate Judiciary Committee, in February.

In late December, Laurence Tribe, a Harvard law professor, tweeted a message about the allegations against Trump to his followers: "Retweet if, like me, you're aware of nothing in the (Trump) dossier that has been shown to be false."

"The dossier has not been proven false," said MSNBC anchor and former George W. Bush aide Nicolle Wallace in February.

More recently, Chuck Todd, moderator of NBC's "Meet the Press," asked former CIA director John Brennan, "So far with this dossier, nothing yet has been proven untrue. How significant is that?"

"As Jim Comey has said, I think very famously, these were salacious and unverified allegations," Brennan responded. "Just because they were unverified does not mean they were not true."

That's where the Trump dossier story stands today. No one has proved that the most serious allegations are true. But since no one has proved them false, either, some in the political class act as if they were true.

What is still unclear is how much effort the FBI and U.S. intelligence agencies put into trying to prove the dossier's allegations. Fired FBI director James Comey noted in his Jan. 28, 2017 memo that Trump asked that the FBI investigate the dossier's so-called "golden showers" allegation -- the charge that Trump watched as prostitutes performed a kinky sex show in a Moscow hotel room in 2013. Comey, by his own account, demurred.

"I replied that it was up to him," Comey wrote, "but I wouldn't want to create a narrative that we were investigating him, because we are not, and I worried such a thing would be misconstrued. I also said that it is very difficult to disprove a lie."

In an interview with ABC News, Comey repeated the story and added, "It's very difficult to prove something didn't happen."

For his part, Comey still won't vouch for the dossier's truthfulness. Instead, Comey makes a much softer claim, saying that the "core" of the dossier -- the big-picture conclusion that Russia tried to interfere with the 2016 presidential election -- is "consistent with the other information we'd gathered during the intelligence investigation."

By the way, when it comes to the most spectacular allegation in the dossier -- the sex story -- even the dossier's author doesn't have much faith in its veracity.

In the new book "Russian Roulette," authors Michael Isikoff and David Corn note that Christopher Steele, the former British spy who wrote the dossier, once said there was perhaps a 50-50 chance of the Moscow sex episode being true. Glenn Simpson, head of the opposition research company Fusion GPS, which commissioned the dossier, reportedly considered the Russian source for the story a "big talker" who might have made it up to impress Steele.

But now, some leading lights in the political conversation defend the dossier by arguing that it has not been proven untrue -- as if that, instead of proof of truth, were the standard to apply to such consequential allegations.

"Setting aside the absurd and patently unfair 'guilty until proven innocent' standard that thinking requires, it also ignores the fact that the FBI has never tried to disprove it," Republican Rep. John Ratcliffe, a former federal prosecutor who now serves on the House Judiciary Committee, said in a recent text exchange. "When the president asked the FBI to do exactly that, one of Jim Comey's secret memos documents the response: (Comey) told him it is 'very difficult to disprove a lie.'"

Yes, it is. And that's something to keep in mind whenever someone suggests the dossier is worthwhile because it hasn't been proven false.