Byron York
|
Posted: Jul 06, 2016 12:01 AM
Share   Tweet
The opinions expressed by columnists are their own and do not necessarily represent the views of Townhall.com. 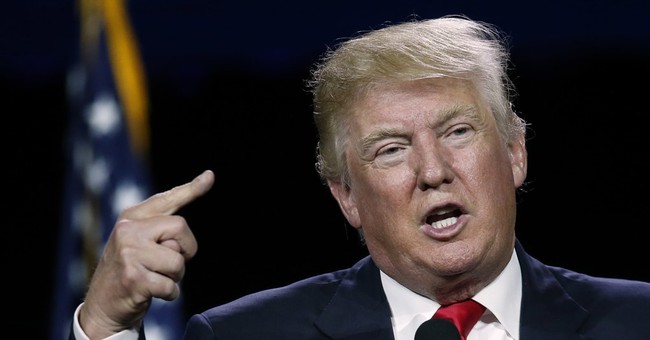 The Washington Examiner's Jim Antle recently noted that despite talk of a Republican "consensus" on trade, "three runners-up for the Republican nomination who received strong conservative support -- Pat Buchanan in 1996, Mike Huckabee in 2008 and Rick Santorum in 2012 -- were to varying degrees protectionist." And that suggests the consensus isn't really as much of a consensus as some might think.

"It doesn't exist, as far as I'm concerned," Santorum told me in a phone conversation Wednesday. The former senator, presidential candidate and author of "Blue Collar Conservatives" has endorsed Trump and attended Trump's trade speech in Santorum's home state of Pennsylvania Tuesday.

"It was exactly what I think a lot of folks from my end of the state, and I guarantee you from all throughout the Rust Belt, have been waiting to hear from a presidential candidate for a long time," Santorum told me.

In 2012, Santorum, who as a member of Congress voted against NAFTA and urged George W. Bush to impose steel tariffs, won 11 primaries and caucuses with an economic message focused on Americans left behind in the changing U.S. economy. At times in the race, Santorum appeared on the verge of overtaking Mitt Romney, who, having made a fortune in private equity, seemed to represent everything Santorum did not.

"I was talking about the 74 percent of Americans who don't have a college degree, who are not benefiting from the globalization of the economy, and who ... see continuing globalization, combined with open borders, as not in their best interest," Santorum told me. And now, the current Republican nominee has taken a position on trade not far from Santorum's own. "Trump nailed it," Santorum said of Tuesday's speech.

Likewise, Huckabee, who won eight primaries and caucuses before losing to John McCain in 2008, went a long way on economic populism -- with a Southern touch -- from the beginning of his first presidential campaign to the book, "God, Guns, Grits and Gravy," that set up his 2016 run. Now, Huckabee, too, has endorsed Trump.

"Trump is saying what I said in 2008 and 2016 -- and the reactions were the same from the elites," Huckabee said in an email exchange. "I was called a protectionist and a populist and attacked with millions of dollars of TV spots. Trump recognizes, as did several of us, that the political, financial and media institutions have failed working-class Americans. I'm glad Trump is getting traction for the truth."

Finally, there is Buchanan, who 25 years ago sounded some of what are now thought of as Trump themes. When Trump said, "Our workers' loyalty was repaid with betrayal," Buchanan thought back to his own 1998 manifesto on economic nationalism, "The Great Betrayal."

"I think Donald Trump gave the best speech on trade from the standpoint of economic patriotism and economic nationalism of any candidate in this century," Buchanan, who won the New Hampshire primary and three others in 1996, told me Wednesday. "I've read it and re-read it, and I found it hard to believe at times -- but there were echoes of my youth there."

Indeed there were. Buchanan saw Trump's trade speech as a "precise rejection" of a globalist economy philosophy embraced by Republican leaders over many years. "This is one of the basic tenets of Ryan Republicanism, Romney Republicanism and Bush Republicanism," Buchanan said. "And Donald Trump is saying this has led us to disaster."

Why did those themes work for Trump in the 2016 Republican race when they did not win for Buchanan in 1996? Of course there were other factors at play -- money, Trump's celebrity, and more -- but I asked Buchanan: What has changed between then and now?

"What has changed is the results have come in that we predicted would happen in the '90s," Buchanan said. "I was saying in '91, '92, this is what will happen. You will lose your entire manufacturing base. It will be gone."

"Those were predictions," Buchanan continued. "And now Trump walks out there and can point to the largest trade deficits any Western country has ever seen, the loss of 55,000 manufacturing plants since the turn of the century, six million manufacturing jobs, every state, every community has seen a plant that is gone. All the returns are in now."

Besides some of their positions, Santorum, Huckabee and Buchanan have at least one other thing in common: They did not become president. They didn't even win the Republican nomination. Trump has already won his party's top prize. In recent weeks he has been distracted, suffering from mostly self-inflicted wounds. But if he can stop administering those wounds -- a huge "if" for anyone who has followed his campaign -- Trump has an opportunity to test just how far economic nationalism can go in a general election campaign.