Wanted: A Vaccine for Liberalism 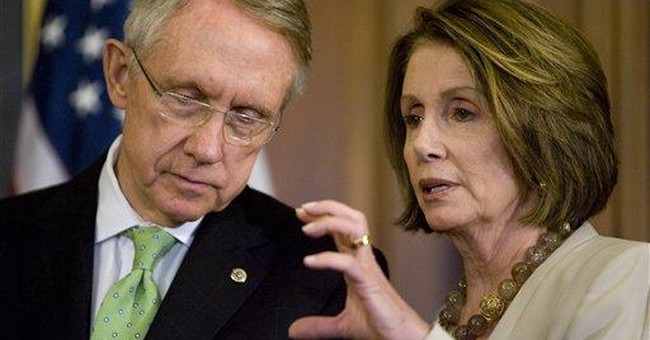 Whenever I have suggested that left-wingers aren’t normal human beings, and have wondered if perhaps they’re some weird interplanetary life form like the pods in "Invasion of the Body Snatchers," the liberals accuse me of indulging in ad hominem attacks, and I suppose I am. But I am honestly bewildered. It just doesn’t seem plausible that Americans could find good things to say about tyrants like Castro, Chavez and Ahmadinejad, while at the same time reviling the likes of Dick Cheney, Rush Limbaugh and General Petraeus.

Left-wingers side with the so-called Palestinians and insist that their country was stolen from them by the Jews, but when you ask them just exactly where the country was located, what their flag looked like and who their president was, they huff and they puff and they denounce you as a tool of the Jewish lobby.

Liberals argue for the sanctity of the 1st amendment as if they had personally invented free speech, but they’re the same people who’d like to use the Fairness Doctrine to turn off the microphones of conservative talk show hosts. Furthermore, they are so terrified of hearing or letting other people hear the words of those who disagree with them that they boo their opponents into silence on those rare occasions when conservatives are invited to speak on college campuses.

When George W. Bush and the GOP were in control from 2000-2006, the Democrats complained, generally without cause, that they didn’t have enough influence, that the Republicans didn’t reach out to them, even though John McCain, to name one, spent so much time reaching out that Cindy McCain began to worry that she’d lost her husband to Russ Feingold or Ted Kennedy. These days, those same Democrats are so eager to disenfranchise Republicans that they’re ready to do anything up to and including sending the entire stimulus package to Minnesota if only they’ll make Al Franken a senator.

Speaking of senators, what’s the idea of Republicans Martinez, Bunning, Hutchinson and Brownback, announcing that this is their last term? If I could suck it up and vote for McCain last November, the least these four can do is sign on for another six years. It’s not as if being a U.S. senator calls for any heavy lifting. Heck, if Robert Byrd can do it, Sam Brownback certainly can. This is simply no time for Republicans to go AWOL.

I admit that I’ve been delighted to see Nancy Pelosi catching some heat for lying about not knowing that waterboarding was taking place. Initially, I think she claimed she was confused by the term, believing it meant that the prisoners at Gitmo were learning to surf. But things didn’t get a lot better when it came out that she had only bothered attending one of about 70 congressional meetings where the subject was discussed. I suppose she was busy getting Botox injections. But that doesn’t mean I want to see the Democrats replace her. I mean, it’s not as if they’d give the job to Eric Cantor or John Boehner. I’m sure they’d simply replace the incompetent Speaker of the House with someone like Barney Frank, the embarrassing lisper of the House.

Left-wingers are always wringing their hands over separation of church and state. What we should all be arguing for is separation of communication and state. What right does the federal government have supporting NPR, PBS and the NEA? Frankly, I’d be opposed to the feds spending taxpayer dollars to fund public radio, public TV and the arts, even if they weren’t all run by left-wingers. I’m sure liberals think I’m lying, but I’m not. Nowhere in the Constitution is the government given the authority to meddle in these matters, and once it does, it opens itself up to charges of censorship or collusion. Is there anyone who believes that NPR or PBS will ever question anything President Obama says or does? Of course not. Liberals in the media claim they speak truth to power, which sounds good, but would sound a lot better if they ever spoke truth when their own darlings were the ones in power.

It’s bad enough when NBC goes into the tank for the president, but NBC is not subsidized by the American taxpayer. If the liberals want to disseminate left-wing propaganda, I say let them do it the old-fashioned way. Let Howard Dean and the entire DNC crawl to George Soros and ask him to pay for it.

Finally, whenever someone gripes about the pay raises, perks, health care and pensions that politicians provide for themselves, we’re told how much more money these “public servants” could make in the private sector, and I have to laugh. These egotistical dunderheads would have to be running major corporations -- assuming there will be any of those left by the time Obama gets done -- to have the kind of fiefdoms that come with being in Congress. Can you seriously imagine Barbara Boxer, Arlen Specter or John Murtha, running a store, let alone a major corporation? For that matter, can you even imagine Barbara Boxer, Arlen Specter or John Murtha, being hired to sweep out a store?