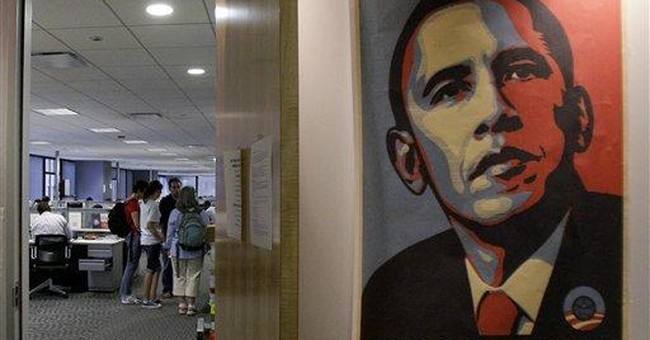 Sometimes I think I may be developing ulcers, and it has nothing to do with the way that the New York Yankees are performing this year or with eating spicy food. It has everything to do with America’s left-wingers. I could probably learn to accept their being on the wrong side of every single issue, but it’s their lies and evasions that get my innards rumbling like an espresso machine.

For instance, the other day I had occasion to send the following letter to my local rag, the L.A. Times: “Dear Editor: On page 10 of the front section, you ran an article sub-headed ‘TV networks and newspapers deny bias claims.’ Obviously, yours was one of the newspapers doing the objecting. However, on the very next page, at the end of an article in which Jon Voight was quoted as saying that he hoped that more of his Hollywood colleagues would come around to the McCain-Palin ticket, your “reporter” couldn’t resist adding, in parentheses: ‘Some people might argue that the Democrats in the entertainment industry have been awakened by the selection of Palin. They’re even more determined in their support of Obama.’

“Confirming bias in the media,” I concluded, “is easier than shooting fish in a barrel. Sincerely, Burt Prelutsky.”

Understand, dear readers, this wasn’t an editorial or an op-ed piece. This was supposed to be a news item, and a Times reporter was permitted -- encouraged?-- to tack on a partisan comment, and yet the Times vehemently denies that it or any other member of the left-wing MSM is attempting to pass off political propaganda in the guise of objective reporting.

But there are far more egregious examples. The latest being the way the liberal hounds have jumped all over Sara Palin’s pregnant daughter while giving Obama a pass over his long-time friendship with the unrepentant Weatherman terrorist, William Ayers.

Furthermore, has the MSM once mentioned the influential role that the late Saul Alinsky played in the lives of leading Democrats, and how he helped turned the party so far to the left that if men like Harry Truman and John Kennedy came back to life, they would assume the Soviet Union had won the Cold War?

Saul Alinsky, who died in 1972, at the age of 63, was a Chicago Marxist. Among his many books was one titled “Rules for Radicals,” in which he explained to his acolytes, “The most effective means are whatever will achieve the desired results.” It took Alinsky 11 words to paraphrase Karl Marx’s far more succinct “The ends justify the means.”

Alinsky, by the way, dedicated that particular book to Lucifer, whom he coyly referred to as “the first radical.”

The reason I’m bringing up Alinsky 26 years after he wound up in a place where he could personally autograph his book for Beelzebub is because his disciples are still very much with us. For instance, he just happened to be the subject of Hillary Rodham’s senior honors thesis at Wellesley College. It was such a glowing homage that, in 1968, a most appreciative Alinsky offered her a job in Chicago, but Ms. Rodham, as we all know, had bigger fish to fry. However, when she became America’s First Lady, the White House asked Wellesley to restrict access to the paper, and Wellesley wisely obliged, just as Princeton did when the Obamas requested that Michelle’s racist screed be removed from circulation.

Many people, once they grow up, would be embarrassed if people knew what they were drinking or smoking during their college days, but leftists don’t even want us to know what they were thinking.

But it wasn’t just young Ms. Rodham who had a connection to the late, unlamented Saul Alinsky. Thirteen years after the Chicago radical died, a group of his most devoted disciples hired 24-year-old Barack Obama to be a community organizer in South Chicago.