Why Do Millennials Want Socialism?

Burton Folsom
|
Posted: Feb 28, 2019 12:01 AM
Share   Tweet
The opinions expressed by columnists are their own and do not necessarily represent the views of Townhall.com. 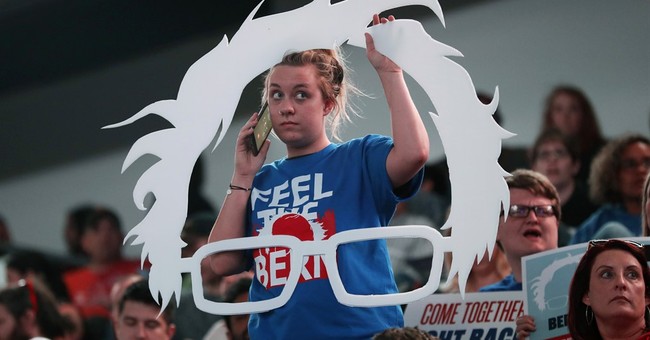 “Here in the United States, we are alarmed by new calls to adopt socialism in our country,” President Trump warned in his recent State of the Union message.

Indeed, many wonder why America, the center of capitalist success in the world, would adopt socialism, which has egregiously failed everywhere it has been tried.   Millennials are the group most fired up to experiment with socialism. According to a recent Gallup poll, there are more Americans between 18 and 29 years old with a positive view of socialism (51 percent) than there are supporters of capitalism (45 percent).

Who, or what is triggering this fascination?  The short answer is “many of their teachers and their history textbooks.”

In President Trump’s speech, he also noted “America was founded on liberty and independence—not government coercion,” but in the minds, some of the most renowned writers of U.S. history texts, “government coercion” is the key to restoring American independence from a predatory capitalist class.

The catalyst for the typical textbook critique of capitalism is Matthew Josephson’s The Robber Barons, which vilified America’s industrial pioneers, including Cornelius Vanderbilt, Andrew Carnegie, and John D. Rockefeller.  Yet these three entrepreneurs helped vault the U.S. into worldwide economic dominance in the late 1800s.

What few people know is that The Robber Barons is riddled with errors and that Josephson, an amateur historian, had a Marxist agenda.

In a written interview for Pravda, the Soviet newspaper, Josephson said he enjoyed watching “the breakdown of our [American] business success and optimism.”  He added, “The freedom of the U.S.S.R. from our cycles of insanity is the strongest argument in the world for the reconstruction of our society in a new form that is as highly centralized as Russia’s.”

Thus, in 1934 Josephson published The Robber Barons, which, in the midst of glowing reviews and a depressed economy, soared to become a number one bestseller. Key Marxist historians in the U.S. embraced Josephson’s attacks on America’s chief wealth creators and spread the gospel of socialism in their many books and textbooks.

Like Hofstadter, historian Ray Ginger joined the Communist Party for a few years in the 1940s. He later taught at Harvard, Stanford, and the University of Alberta.  Like Hofstadter, Ginger wrote a major book on the late 1800s—entitled, The Age of Excess—and a popular textbook as well.

Hofstadter, Ginger, and other Leftist historians laid the foundation for Marxist historian Howard Zinn, who was an active member of the Communist Party during the late 1940s and early 1950s.  Zinn was blunt:  “I wanted my writing and my teaching of history to be part of a social struggle.” His best-selling textbook, A People’s History of the United States, did just that.  It has sold over two million copies and is one of the most publicized and discussed books ever written on U.S. history.  Zinn echoes Josephson and titles his chapter on American industry, “Robber Barons and Rebels.”

Although most historians reject the Marxism of Josephson and are sometimes embarrassed by his shoddy research, they usually adopt his portrayal of America’s entrepreneurs as Robber Barons.

Recommended
The Media Narrative About the Unvaccinated Suffered Another Blow...From the Mayor of Boston?
Matt Vespa

The American Pageant, for example, is perhaps the best-selling U.S. history text ever written.  Its authors, David Kennedy, and Lizabeth Cohen are progressives, not Marxists, but their treatment of Rockefeller, Carnegie, and Vanderbilt reflects Josephson and his Marxist disciples.  For example, The American Pageantfalsely accuses Rockefeller of having an “oil monopoly”, and alleges that he rose to the top by corruption, not by giving customers a great product at the lowest price in the world.  The millions of students who have read The American Pageant are told that the U.S. became the wealthiest nation on earth mainly through “grasping railroads” and “ringmasters of rapacity.”

No wonder socialism, with all its failures, looks good by comparison.

To help the hundreds of thousands of students who are forced to read The American Pageant each year, the Education and Research Institute has put online a critique of the contents of The American Pageant so that students who are forced to read that text can see its biases and distortions.  As Thomas Edison believed, the first step to discover what is true is to eliminate what is false—especially when your college professors revel in teaching what is false.

Burton W. Folsom is Distinguished Fellow and former History professor at Hillsdale College and author of The Myth of the Robber Barons(Young America’s Foundation, 2018). He is also author of the American Pageant Critique, which can be found at trueAmericanHistory.us.